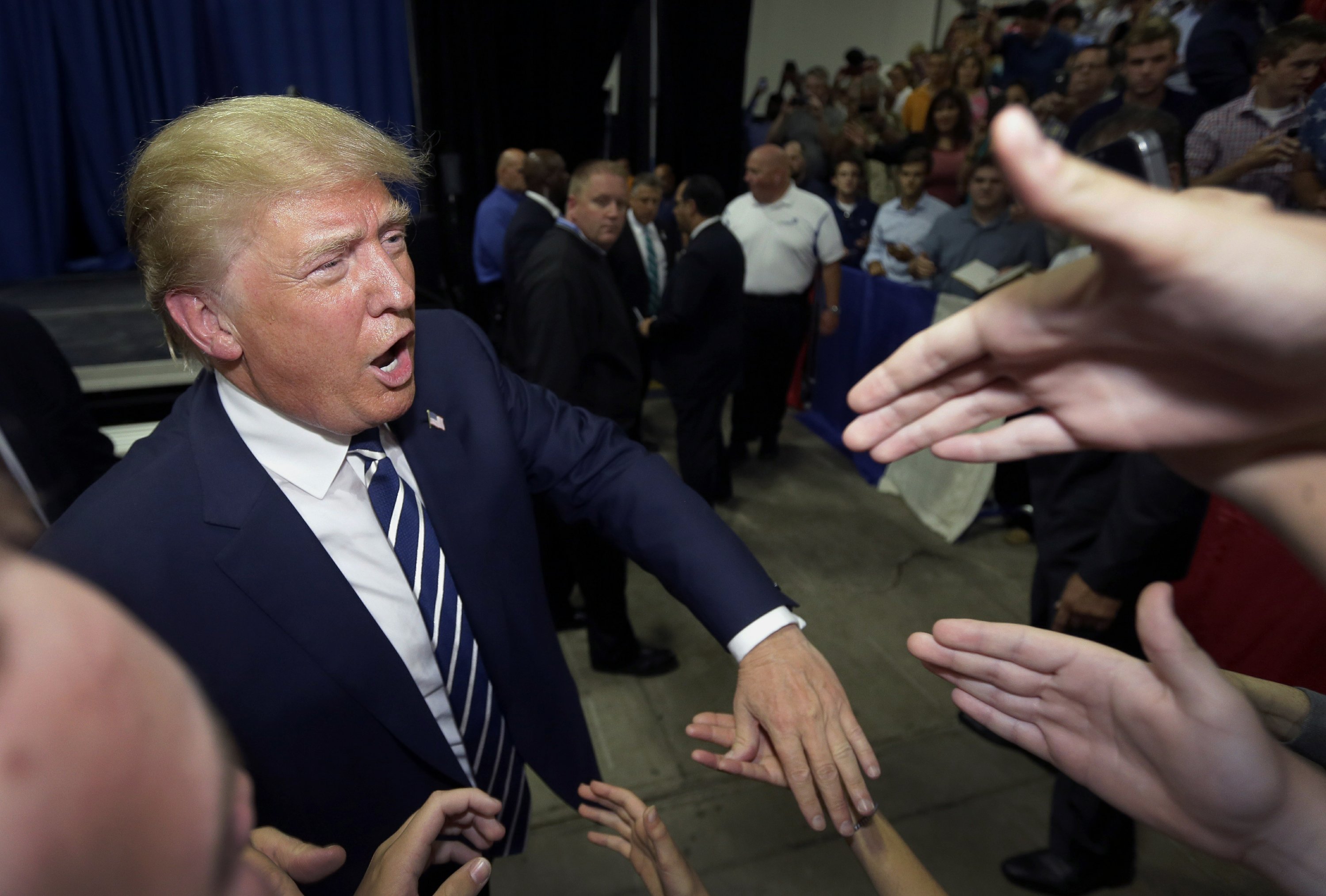 WASHINGTON — President Donald Trump’s reelection campaign is set to report that it raised more than $30 million in the first quarter of 2019, edging out his top two Democratic rivals combined, according to figures it provided to The Associated Press.

The haul brings the campaign’s cash on hand to $40.8 million, an unprecedented war chest for an incumbent president this early in a campaign.

Trump’s fundraising ability was matched by the Republican National Committee, which brought in $45.8 million in the first quarter — its best non-election year total. Combined, the pro-Trump effort is reporting $82 million in the bank, with $40.8 million belonging to the campaign alone.

Trump formally launched his reelection effort just hours after taking office in 2017, earlier than any incumbent has in prior years. By contrast, former President Barack Obama launched his 2012 effort in April 2011 and had under $2 million on hand at this point in the campaign.

Obama went on to raise more than $720 million for his reelection. Trump’s reelection effort has set a $1 billion target for 2020.

Trump campaign manager Brad Parscale said in a statement that Trump “is in a vastly stronger position at this point than any previous incumbent president running for re-election, and only continues to build momentum.”

Trump’s fundraising with the RNC is divided between two entities: Trump Victory, the joint account used for high-dollar gifts, and the Trump Make America Great Again Committee, the low-dollar digital fundraising operation known internally as “T-Magic.” The campaign is set to launch a traditional “bundling” program — which it lacked in 2016 — in the coming weeks. Bundlers are mid-tier donors who bring in contributions from their associates.

Together, the Trump entities have raised a combined $165.5 million since 2017.

Trump is benefiting from the advantages of incumbency, like universal name recognition and his unrivaled position atop the Republican Party.

Among Democrats, dollars are divided across a candidate field of well more than a dozen, while the Democratic National Committee remains in debt and has suffered from being dramatically outraised by the RNC in recent months.

Bernie Sanders topped the Democratic field in the first quarter, raising slightly more than $18 million, followed by Kamala Harris with $12 million and Beto O’Rourke with $9.4 million. Trump is reporting a haul of $30.3 million.

Republicans have trailed Democrats in online fundraising ever since the medium was invented roughly two decades ago. But Trump has closed the gap, driving small-dollar donors who make recurring donations to the GOP like the party has never seen before. According to RNC chairwoman Ronna McDaniel, Trump’s campaign has already had eight seven-figure fundraising days this year, and has taken in money from more than 1 million new online donors since Trump’s inauguration — including 100,000 this year.

The Republican committee said it is planning on spending $30 million on maintaining and growing Trump’s email list alone, recently expanded its headquarters space to an annex in Virginia and will soon invest in developing an app.

In 2015, Trump swore off outside money, declaring in his opening speech: “I’m using my own money. I’m not using the lobbyists’. I’m not using donors’. I don’t care. I’m really rich.”

He quickly reversed course on high-dollar donations after he won the GOP nomination, bowing to the financial pressures of running a general election campaign, and he’d already raised millions online through the sale of merchandise like his signature red Make America Great Again hats.

Trump gave or loaned $66 million to his 2016 campaign, but has yet to spend any of his own cash for his reelection effort. Aides don’t expect that to change.