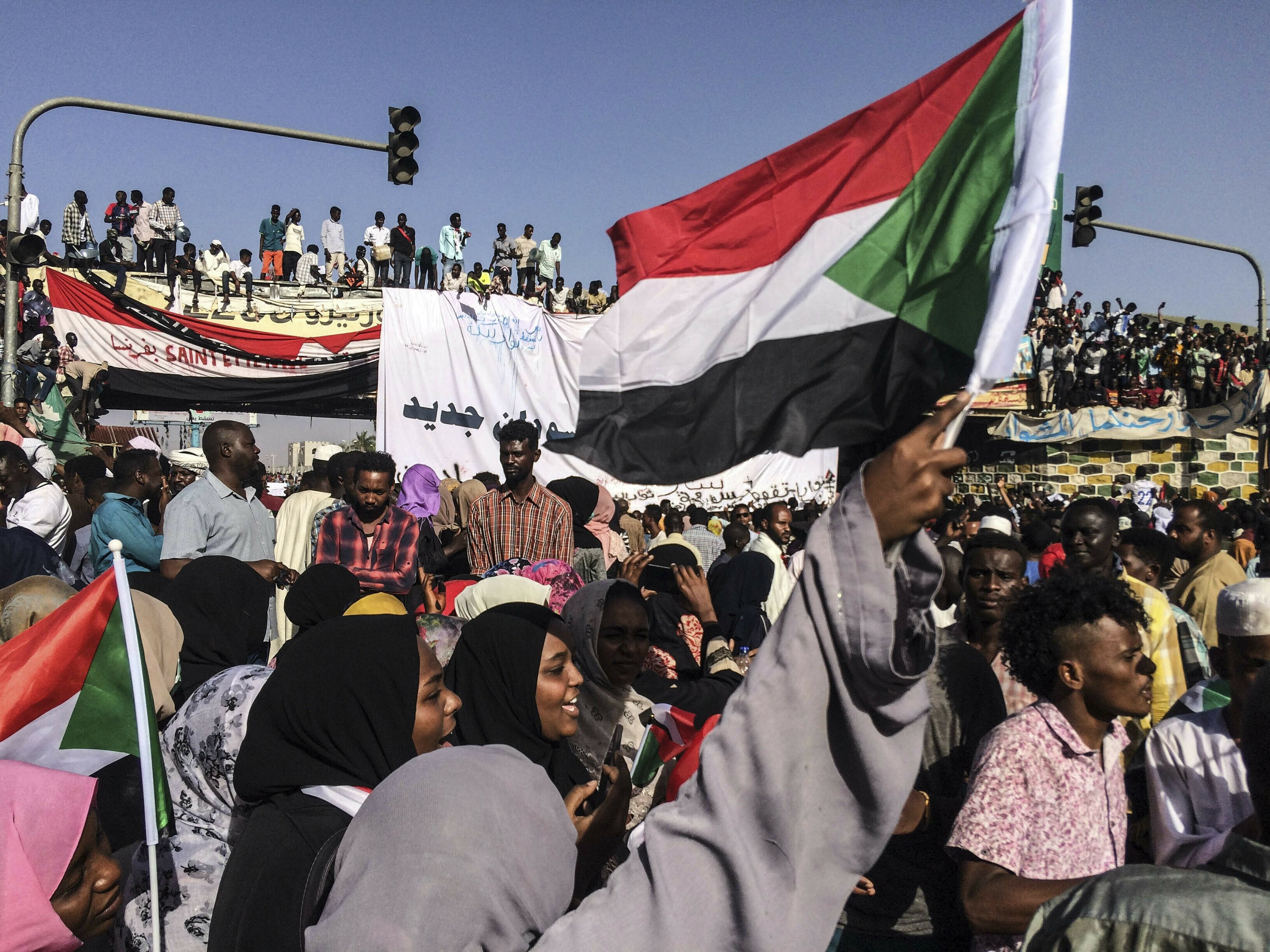 CAIRO — Sudan’s new ruling military council announced Sunday that it will name a civilian prime minister and Cabinet but not a president to help govern the country following the coup that removed longtime leader Omar al-Bashir.

An army spokesman, Lt. Gen. Shamseldin Kibashi, also said in televised remarks that the military had begun to overhaul security organizations and would not break up demonstrations that have continued outside the military headquarters since Thursday’s coup.

The statement came after a second day of meetings between the army and organizers of the months of escalating street protests that led to al-Bashir’s ouster.

The announcement was unlikely to satisfy protesters, who have demanded full civilian rule. Protest organizers have urged the military to “immediately and unconditionally” hand power to a transitional civilian government that would rule for four years.

The Sudanese Professionals Association, which has spearheaded the protests, also posted a nine-point list of demands earlier Sunday, including prosecution of those behind the Islamist-backed military coup in 1989, dissolution of all pro-government unions, a freeze on the assets of top officials in al-Bashir’s government and dismissal of all top judges and prosecutors.

There was no immediate comment from opposition figures about the military’s announcement.

After Saturday’s talks, Omer el-Digair, leader of the opposition Sudanese Congress Party, told protesters at a sit-in outside the military headquarters in Khartoum that the atmosphere had been “positive.” He said that the talks would focus on submitting the organizers’ demands and transition plan and that they are calling for dissolving al-Bashir’s ruling National Congress Party.

The political parties and movements behind the four months of protests said in a joint statement late Saturday that they would remain in the streets until their demands are met. They said a handover to civilian rule would be the “first step toward the fall of the regime.”

After the coup, the army appointed a military council that it says will rule for two years or less while elections are organized.

The military ended al-Bashir’s nearly 30-year reign and placed him under house arrest in the capital. Protesters fear that the military, which is dominated by al-Bashir appointees, will cling to power or select one of its own to succeed him.

Saudi Arabia said it “stands by the Sudanese people” and called on all Sudanese “to give priority to the national interest” of their country. The UAE urged Sudanese “to work for protecting legitimacy and ensuring a peaceful transfer of power.”

Gen. Abdel-Fattah Burhan was sworn in Friday as head of the transitional council. He assumed that role after protesters objected to its being led by Gen. Awad ibn Ouf, who was seen as being too close to al-Bashir. The military announced Sunday that ibn Ouf had retired.

In remarks broadcast on state TV, Burhan said Saturday that the council has invited “all spectrums of Sudanese people for dialogue.” He also said he was lifting the nighttime curfew imposed Thursday, which was supposed to have lasted a month, and he declared the immediate release of all those detained and tried during the wave of unrest that began in December.

Al-Bashir imposed a state of emergency in February, banning unauthorized public gatherings and granting sweeping powers to the police in an effort to quash the protests. Dozens of people were killed in clashes between police and protesters, and hundreds were tried before emergency courts.

Protesters modeled their movement on the Arab Spring uprisings of 2011 that swept leaders from power in Egypt, Tunisia, Libya and Yemen. They incorporated many of its slogans and established a sit-in outside the military headquarters in Khartoum earlier this month.

Those earlier uprisings have left a mixed legacy, with only Tunisia emerging as a democracy. In Egypt, the military overthrew an elected but divisive Islamist president in 2013 and authorities have since cracked down hard on dissent. Yemen slid into civil war, and Libya is on the verge of another major conflict as militias fight for control of the capital, Tripoli.