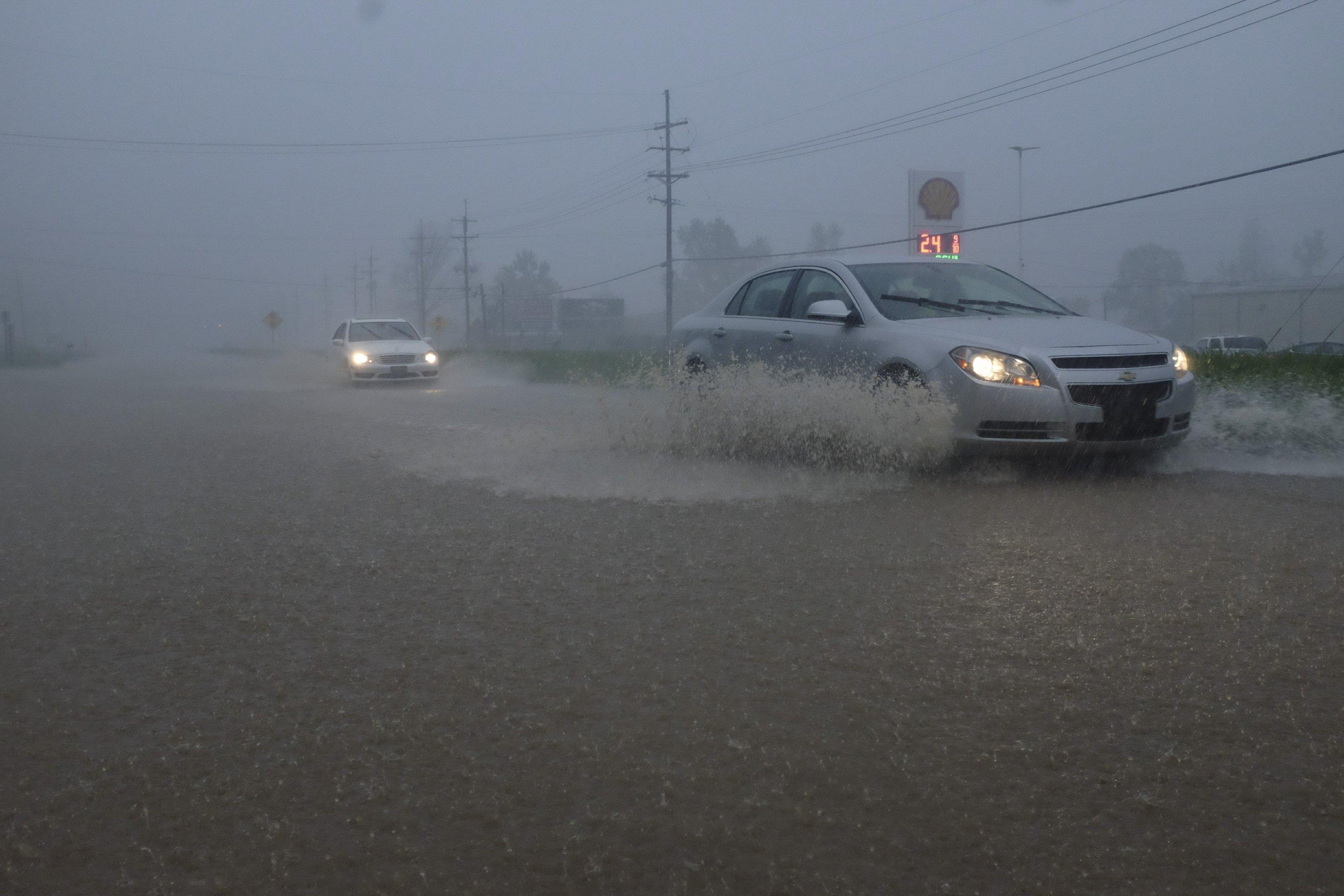 TRENTON, N.J. — Tens of thousands of utility customers are without power as powerful storms roar through the mid-Atlantic region.

The storms caused the roof to collapse Monday morning at a New Jersey apartment complex, though no injuries were reported. The weather also disrupted rail service in the region and caused some delays at airports.

The storms — containing heavy rains, lightning and strong winds — swept across the South Sunday after unleashing suspected tornadoes and flooding that killed at least eight people, injured dozens and flattened much of a Texas town. Three children were among the dead.

Two children were killed on a back road in East Texas when a pine tree fell onto a car they were riding in a severe thunderstorm Saturday near Pollok, about 150 miles (241 kilometers) southeast of Dallas.