White House: Trump wishes no ‘ill will’ against Omar 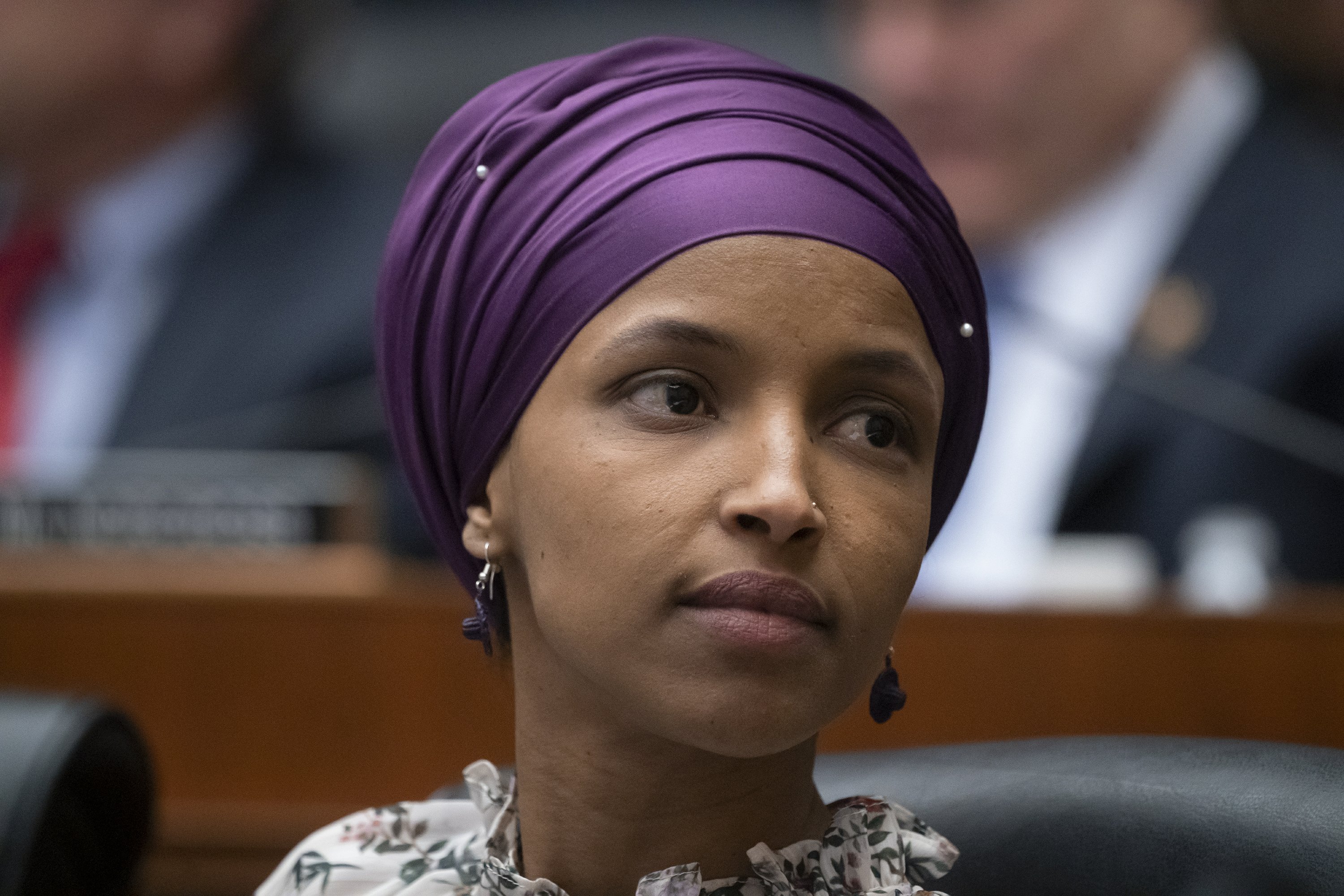 WASHINGTON — President Donald Trump is not trying to incite violence against Rep. Ilhan Omar, the White House said Sunday, arguing that the president has an absolute duty to highlight what the Minnesota Democrat’s own critics say is her history of anti-Semitic and other divisive comments.

Press secretary Sarah Sanders added that Trump wished no “ill will” upon the Muslim congresswoman.

Leading Democrats criticized Trump, with some accusing him of trying to incite violence against Omar, after the president retweeted a video on Friday that was edited to imply that the freshman lawmaker was being dismissive of the Sept. 11 terrorist attacks.

The video included a snippet from a recent speech Omar gave to the Council on American-Islamic Relations, in which she described the 2001 terrorist attack on the World Trade Center as “some people did something,” along with news footage of the hijacked airplanes hitting the Twin Towers.

Trump captioned his tweet with: “WE WILL NEVER FORGET!”

Critics accuse Omar of offering a flippant description of the assailants who perpetrated an attack that killed nearly 3,000 people. She later sought to defend herself by tweeting a quote from President George W. Bush. Days after 9/11, the Republican president referred to the attackers as “people.”

Neither Trump’s tweet nor the video included Omar’s full quote or the context of her comments, which were about Muslims feeling that their civil liberties had eroded after the attacks. The tweet led Trump’s Twitter feed early Sunday afternoon with more than 9 million views.

Sanders questioned why Democrats weren’t following Trump’s example and calling out Omar, too. Democrats who criticized the president over the tweet defended Omar. Some noted their past disagreements with her.

“Certainly the president is wishing no ill will and certainly not violence towards anyone, but the president is absolutely and should be calling out the congresswoman for her not only one time but history of anti-Semitic comments,” Sanders said. “The bigger question is why aren’t Democrats doing the same thing? It’s absolutely abhorrent the comments that she continues to make and has made and they look the other way.”

Omar repeatedly has pushed fellow Democrats into uncomfortable territory with comments about Israel and the strength of the Jewish state’s influence in Washington. She apologized for suggesting that lawmakers support Israel for pay and said she isn’t criticizing Jews. But she refused to take back a tweet in which she suggested American supporters of Israel “pledge allegiance” to a foreign country.

Rep. Jerry Nadler, a New York Democrat whose constituents include Manhattan’s financial district, which was targeted on Sept. 11, 2001, said he had no issues with Omar’s characterization of the attack.

“I have had some problems with some of her other remarks, but not — but not with that one,” he said.

Sanders commented on “Fox News Sunday” and ABC’s “This Week.” Nadler appeared on CNN’s “State of the Union.