After years of crisis, Venezuelans wonder what is ‘normal’ 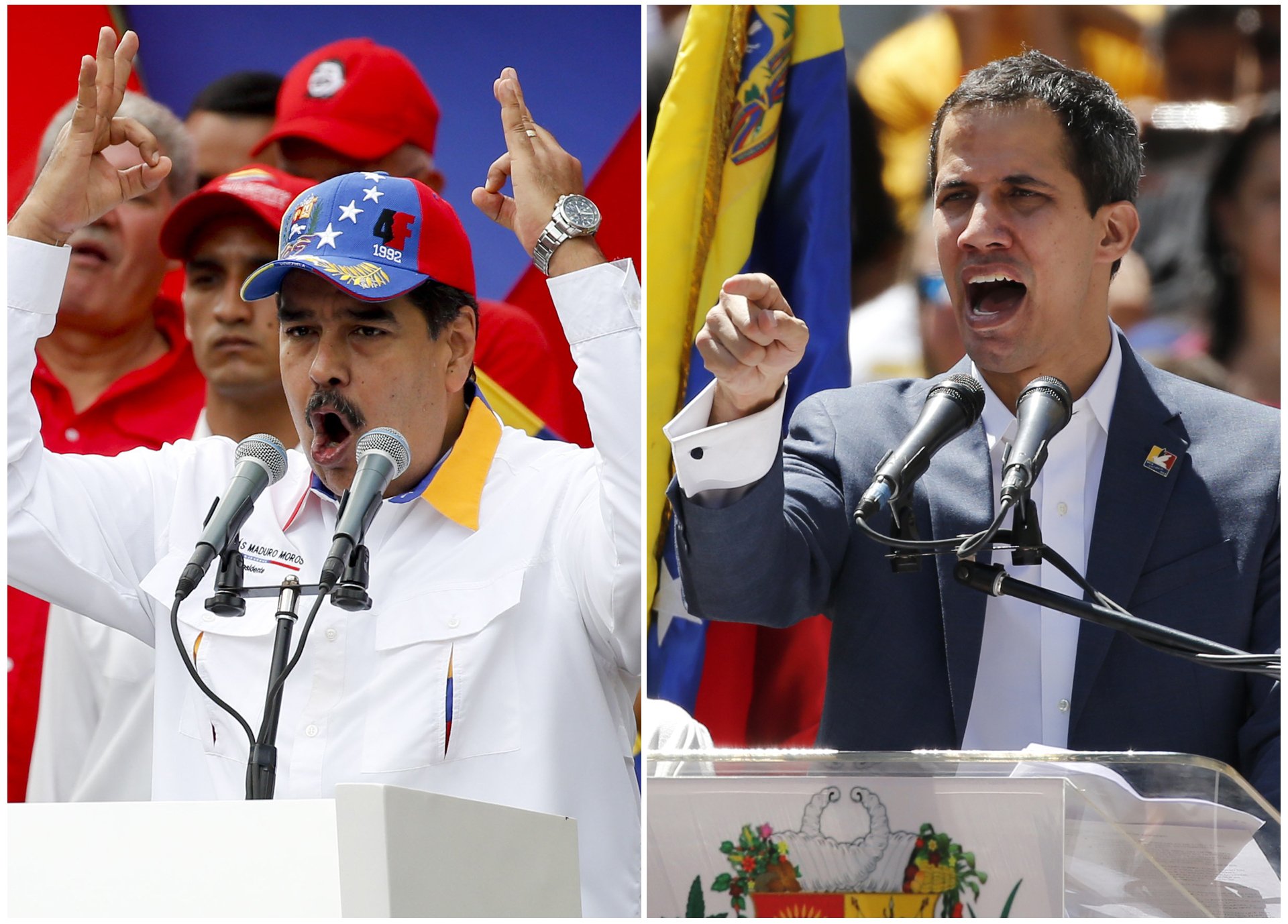 At first glance, the graffiti reading “Un pais normal?” seems ambiguous in Venezuela’s frayed capital, where the government brandishes slogans like clenched fists and the opposition lobs insults at President Nicolás Maduro. Actually, the message on a Caracas wall is a tart comment in a place where talk of what is normal, or should be normal, has become common and touches nerves.

Normalcy elsewhere in the world doesn’t fit Venezuela, where extremes are the norm.

Two men say they are president. The worst nationwide blackouts last month played havoc with millions of people. Hyperinflation has slashed many monthly salaries to the equivalent of a few dollars. One-tenth of the population — over 3 million and growing — has fled, causing Latin America’s biggest migration crisis.

“There can’t be normality when we Venezuelans can’t even communicate with our family members and some have to look for water in the Guaire (river) to slake the thirst of their children,” Guaidó tweeted during electricity outages in March.

Guaidó’s supporters worry that anger over the country’s escalating problems will fade and therefore extend the rule of Maduro, whose re-election last year was denounced as illegitimate by Guaidó as well as the United States and about 50 other nations.

“It’s not normal,” read a cardboard poster at an opposition rally in Caracas this month. It listed miserable conditions now synonymous with Venezuela: a lack of water and light, commuter trains that resemble saunas (when they work), hospitals without enough medication, and self-exile as a way to survive.

Maduro, meanwhile, tries to project reassurance, saying the water supply is “normalizing” and announcing an electricity rationing plan as the grid stabilizes, for now, in Caracas and other politically key areas. But he also stokes an idea of crisis with references to a “permanent battle” against the United States and other perceived enemies allegedly bent on unraveling Venezuela’s “Bolivarian Revolution” and its socialist system.

Maduro’s government has described migration from Venezuela as “normal” and denied there is a humanitarian crisis, despite considerable evidence that there is. In tacit recognition that it can’t cope on its own, the government has agreed to allow the International Federation of Red Cross and Red Crescent Societies to begin delivering medical aid this month.

While a Peruvian foreign minister once described Maduro as “not a normal person,” the Venezuelan leader can dish it out as well. Last week, he said U.S. Vice President Mike Pence’s behavior was “abnormal” because he so frequently — obsessively, in Maduro’s view — criticizes the Venezuelan government.

U.S. Secretary of State Mike Pompeo is also talking up normality. On Sunday, he met with Venezuelan migrants in the Colombian border city of Cucuta and said Venezuela lacked medicine and other basic items “which under normal circumstances, in any normal country, would be readily available.”

As Maduro and Guaidó spar over what normal means and who is to blame for Venezuela’s shocking decline, a lot of Venezuelans are too preoccupied to gauge their own diminishing expectations.

Some residents of the poor Caracas neighborhood of La Vega say the flow of tap water to their homes hasn’t been reliable for more than a year, long before Venezuela’s recent shortages. This week, several dozen blocked a road and banged pots in anger over the current system of receiving water from cisterns.

“Piped water — we want to get water the way we did before,” said protester Jhony Peraza. “Because what do we do with water for one day, two days? And then? Afterward, we don’t have more water and then we have the same problem again.”

The Venezuelan catastrophe has unspooled for years, fueled by corruption, incompetence and oil dependency. The reality is wrenching for a nation whose idea of normal in now-distant good times encompassed flowing oil revenues, booming construction and generous government handouts.

A column in El Impulso, a Venezuelan media outlet, reflected on a country seemingly going off the rails.

“Everything is out of place. Everything and nothing is the same thing in the country. Salaries and basic needs aren’t aligned. The normal country that we once knew is lost, mutilated, abducted,” it said.