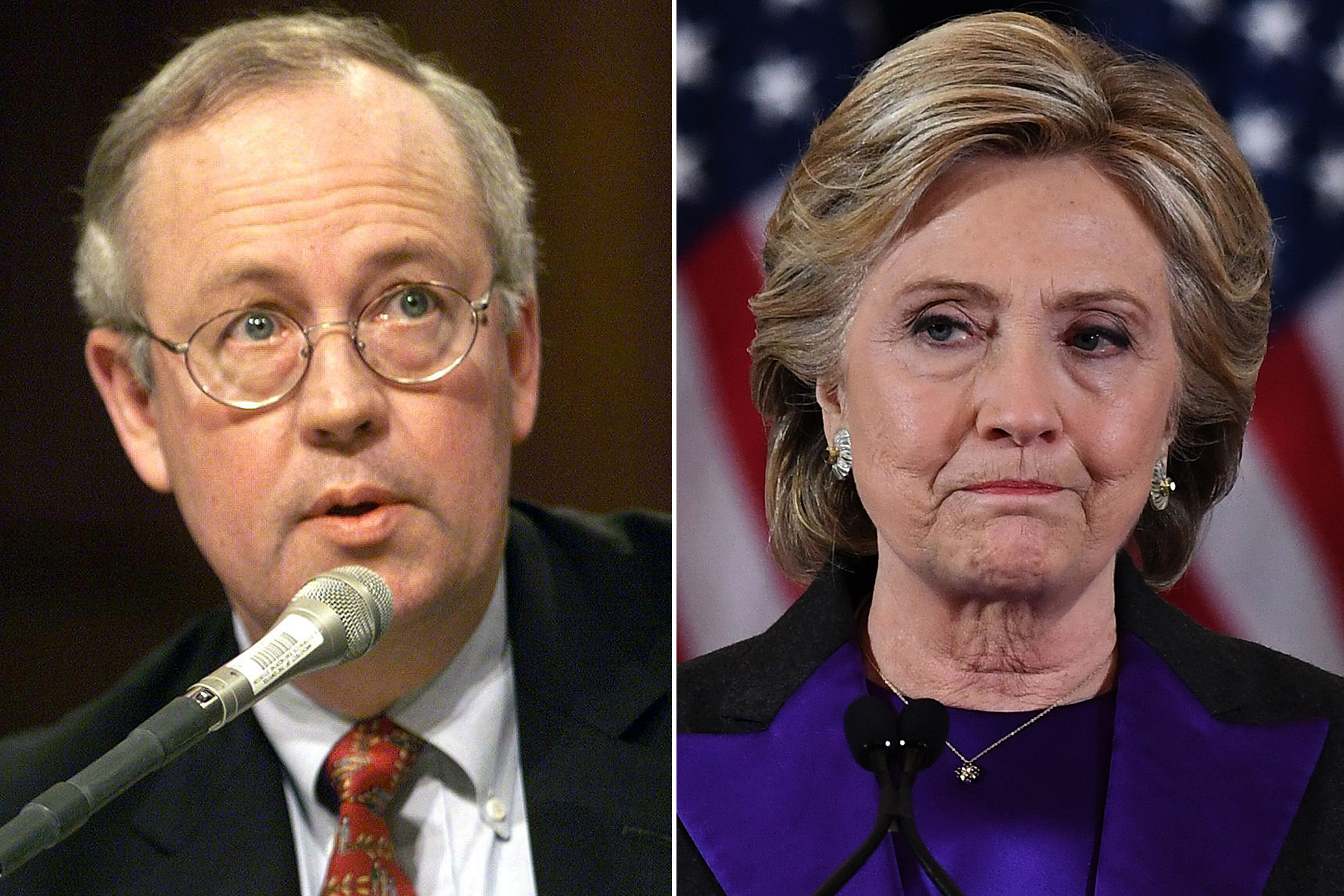 Starr released his report to much fanfare on September 11, 1998. While the report covered a range of possible crimes that the Clinton White House may have committed, the media was most interested in gossip regarding Bill Clinton’s extramarital affairs. Starr’s report did not recommend charges against either of the Clintons for controversies known as “Travelgate” and “Whitewater.” It did, however, famously recommend a series of process charges stemming from Bill Clinton’s dishonesty over having an affair, which led to Clinton’s impeachment.

According to Kessler’s book, the report could have been even more damaging to the Clintons. Starr allegedly decided against including information that blamed Hillary Clinton for driving Foster to commit suicide.

Foster suffered from depression, and was considered suicidal, long before his July 1993 death. He was upset over a series of setbacks, including Travelgate and the failed nomination of Zoe Baird to become Attorney General — the latter of which fell hard on Foster because of his failure to properly vet Baird. In mid-July of 1993, Hillary Clinton was said to have verbally attacked Foster in a meeting, telling him that he would never be more than a “little hick town lawyer” and that he was “not ready for the big time.” Days later, Foster killed himself.

This revelation by Kessler comes at a time in which Americans are debating what part, if any, of Special Counsel Robert Mueller’s report should be released. The full Starr Report was released to the public in 1998 by uploading it to the Internet. Within days, 20 million Americans had read it, making the report’s release quite possibly the first time in history that Americans obtained their news en masse by logging onto the Internet.

Weeks after reading the Starr Report and reading about Bill Clinton’s sex scandals, Americans voted in the 1998 midterm elections, which were the only time in recent history in which the incumbent president gained seats in his sixth year in office. As Democrats pine for the full release of the Mueller Report, they should take note of history.