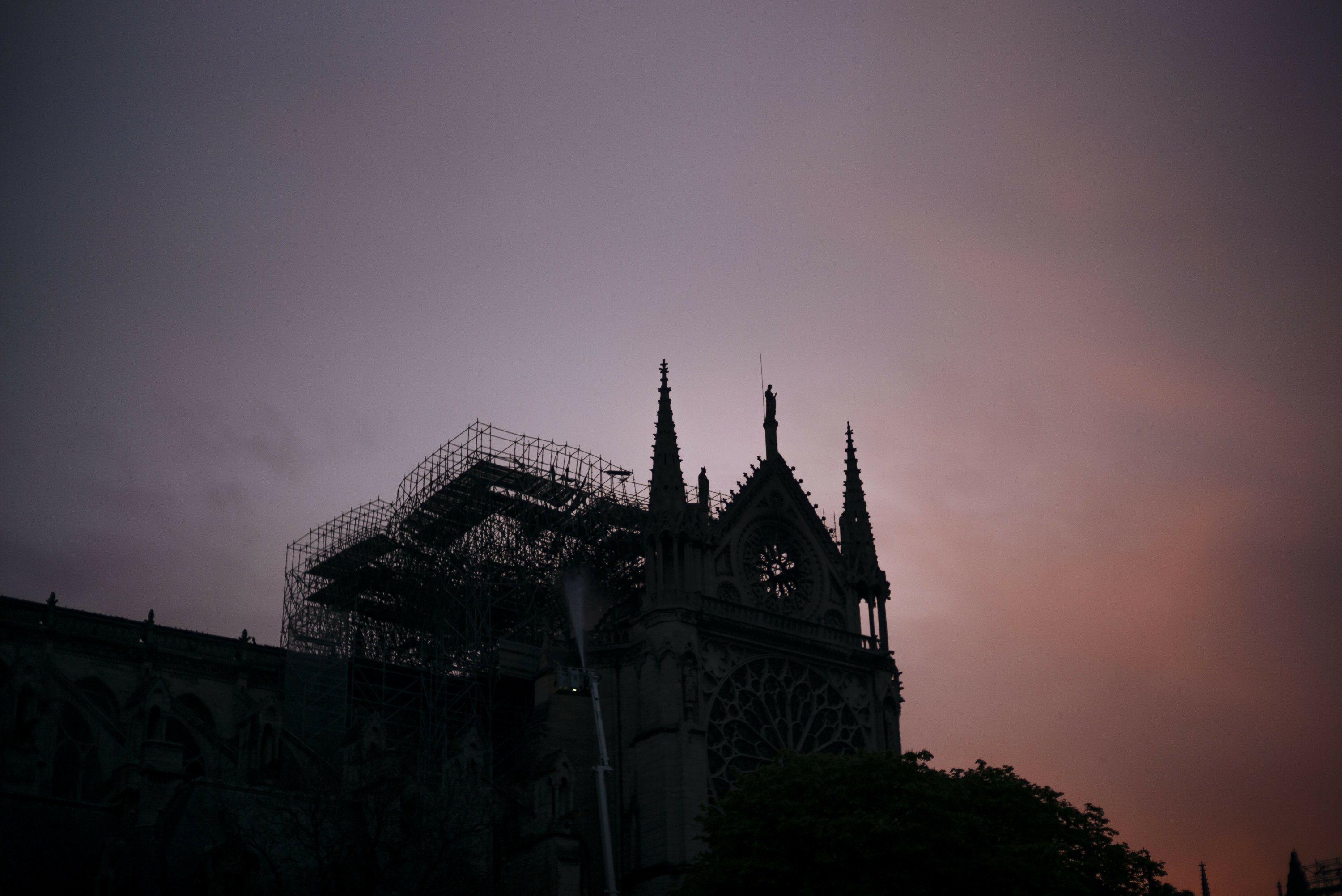 PARIS — Nations expressed solidarity with France after the fire at the Notre Dame Cathedral and offered their support for the recovery.

Lebanon’s Prime Minister Saad Hariri expressed sadness over the fire he described as a “heritage and humanitarian disaster.” Hariri added in a tweet late Monday that Lebanon expresses strong solidarity with the “friendly French people.”

The Obamas were among people sharing memories of past visits to the cathedral. Former President Barack Obama posted an old photo of himself, his wife Michelle and their two daughters lighting candles there and expressed his grief. Michelle Obama was in Paris on Monday on a book tour. “The majesty of Notre Dame – the history, artistry, and spirituality – took our breath away, lifting us to a higher understanding of who we are and who we can be,” she tweeted.

The French president has said he would seek help from the “greatest talents” in the world to rebuild Notre Dame, and many governments said they were considering contributions to what would be a significant architectural undertaking.

Japan’s government said it would consider sending support. “Its damage is a loss to the world and our hearts ache,” said Yoshihide Suga, the chief Cabinet secretary.

South Korean President Moon Jae-in called for the world to come together to rebuild the Paris landmark. “Our love for humanity will be illustrated in a more mature way in the process of reconstruction,” he said.

Russian President Putin said in a message published on the Kremlin’s website that the tragedy “struck a chord in the hearts of Russians.” He called Notre Dame a “priceless treasure of Christian and world culture” and said Russia is ready to send the “best specialists” to help rebuild it.

The Polish prime minister recalled how his nation’s capital, Warsaw, was rebuilt after being destroyed by the Germans in World War II. Mateusz Morawiecki said on Twitter that “Poland knows what it means to have a cultural heritage lost in fire. We rebuilt Warsaw from the ruins ourselves. We will rebuild the Cathedral of Notre-Dame together as Europeans.”

Cardinal Timothy Dolan, the New York archbishop, said New Yorkers were united in sorrow with Parisians, who can “count on our love, prayers, support and solidarity. This Holy Week teaches us that, like Jesus, death brings life. Today’s dying, we trust, will bring rising,” Dolan said outside St. Patrick’s Cathedral in Manhattan.