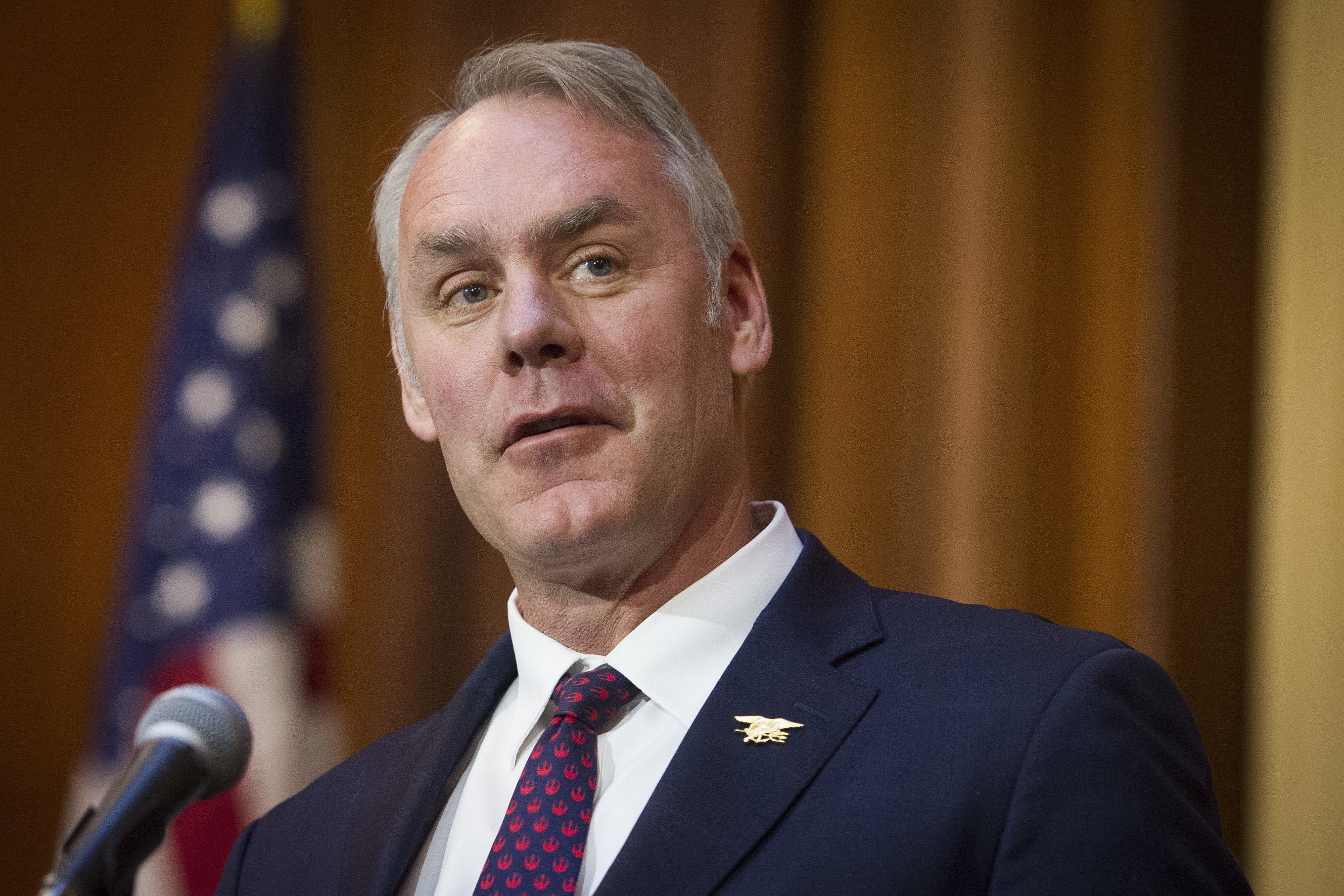 He’s landed a more than $100,000-a-year post at a Nevada mining company and is pursuing involvement in natural gas exports that have surged under Trump, Zinke told The Associated Press Tuesday.

The rapid transition from the highest levels of the executive branch to the corporate boardroom is raising questions about possible conflicts of interest.

It comes fewer than four months after Zinke left a Cabinet position overseeing the country’s oil and gas, coal and other natural resources and those companies that profit off their extraction.

Zinke told AP that his work for Nevada-based U.S. Gold Corp., which focuses on mining exploration and development, would not constitute lobbying. But the company’s CEO cited Zinke’s “excellent relationship” with the Bureau of Land Management and the Interior Department in explaining his hiring as a consultant and board member.

“We’re excited to have Secretary Zinke help move us forward” on two pending mining projects, in Nevada and Wyoming, Edward Karr, head of U.S. Gold Corp., said by phone. The Nevada project, known as Keystone, is on bureau land.

A 2017 executive order from Trump said executive-branch appointees cannot lobby their former agency for at least five years after leaving their government post.

Separately, criminal statutes impose one and two-year bans on various kinds of communications between senior federal officials and their former agency, said Virginia Canter, chief ethics counsel of Citizens for Responsibility and Ethics in Washington, a nonprofit ethics-watchdog.

Zinke, who left Interior in January amid ethics allegations, said he sees no conflict in his new role and will have no direct contact with his former colleagues at the agency.

“I don’t lobby,” he said. “I just follow the law, so I don’t talk to anybody on the executive side or influence” anyone.

Zinke described the inside knowledge he gained at the helm of Interior as an asset as he moves into the corporate world.

“I understand the process. There’s very few former state senators, congressmen and secretaries that know more about the process than I do,” said Zinke, who served in the Montana Legislature and the U.S. House before being appointed to lead Interior.

The purpose of federal lobbying freezes by recently departed senior officials is “to make sure there’s a cooling-off period … so the former agency is not subject to the influence of their former head,” Canter said.

Given the restrictions, she said Karr’s comment on Zinke’s good relationship with Interior “just raises questions about what he meant.”

Zinke previously took two other jobs since leaving Interior: managing director and consultant for Artillery One, a North Carolina-based private investment company, and an adviser to the Washington lobbying firm Turnberry Solutions.

At U.S. Gold, Zinke will receive a total of $114,000 a year in cash and stock as a board member and under a one-year consulting contract, Karr said. He will also receive up to $120,000 a year in expenses, according to a company filing with the U.S. Securities and Exchange Commission.

Zinke has a degree in geology from the University of Oregon. He never worked professionally in the field, instead becoming a U.S. Navy SEAL. But he said his education and political involvement in Montana mining projects would be useful at his new company.

Regarding natural gas exports, Zinke described his interest in the industry only broadly and declined to disclose any company or entities he’s working with.

Demand for the fuel has surged in the past two years, driven in part by rising consumption in China and South Korea. Meanwhile, domestic markets are being saturated by the huge amounts of fuel coming out of the Permian Basin of Texas and New Mexico, Zinke said.

“So we’re looking at overseas markets for LNG (liquefied natural gas),” he said. “With LNG, it’s better to ship products made in America with our environmental regulations than watching it get produced overseas with none.”

He added that he’s “involved in some wind (energy) as well. I think the energy piece, made in America, is important.”

As Interior secretary, Zinke in 2018 floated the prospect of using U.S. military bases or other government installations on the West Coast to facilitate the export of coal and natural gas to Asia.

The idea was denounced by Democrats and environmentalists and never appeared to gain much traction within the administration. It’s uncertain if it’s still alive.

During Zinke’s time at Interior, the agency’s inspector general investigated his decision to stop a major study into the health effects of coal mining, as well as his travel and other issues.

On Monday, the agency’s inspector general revealed Bernhardt was under investigation for possible conflicts of interest after allegedly involving himself in deliberations involving former clients.

An agency spokeswoman said Bernhardt was in compliance with all ethics rules.