Runners gear up for another wet Boston Marathon 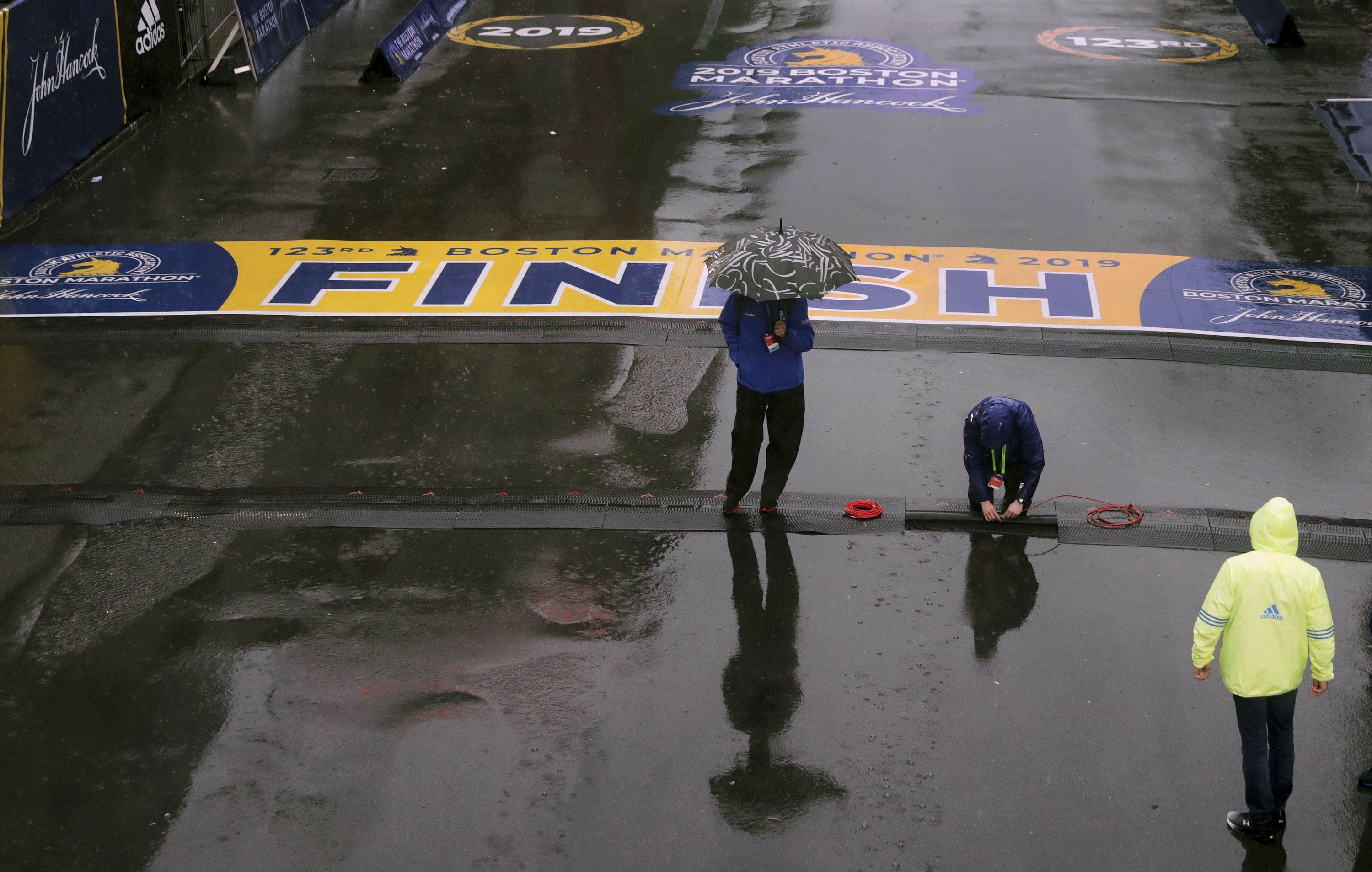 HOPKINTON, Mass. — Runners were focused on staying dry Monday morning as they awaited the start of the 2019 Boston Marathon.

Thousands of runners preparing to take part in the 123rd running of the world’s oldest and most prestigious annual marathon huddled under tents, though the rain was expected to taper off before the first race of the day began. Temperatures were in the 60s, far warmer than the initial winter-like weather that was expected for race day.

“Runners are neurotic about checking the forecast but then you just realize you can’t control it,” said Michael Bersani, 30, of Cortland, New York. A seasoned runner who is heading into his fourth Boston Marathon, Bersani said he came prepared with trash bags, tarps and hope.

Monday is the sixth anniversary of the deadly Boston Marathon bombings, and the first time the anniversary date falls on the same day as the marathon.

Ginger Howell, a 33-year-old professional triathlete who is running her sixth Boston Marathon, said she finished the 2013 race 25 minutes before the bombings and was on the train home when the twin detonations went off near the finish line. Three people were killed and hundreds were injured in the terror attack.

Thinking back on the day has taught her to appreciate being present at the race, and in life.

“Even if you run slower than your goal time, thinking about the bombing puts everything in perspective,” Howell said.

“The Boston strong attitude made a big difference. When people think about the Boston Marathon now, they think about people coming together and overcoming adversity,” she added.

Howell was among the throngs of runners gathering in the tents outside of a high school in Hopkinton, Massachusetts, ahead of the race.

Defending champions Des Linden and Yuki Kawauchi have said they’re not bothered by the forecast for a rainy, windy day because they won last year in similar conditions. They lead a field of about 30,000 runners on the 26.2-mile (42-kilometer) trek from Hopkinton to Copley Square.

The mobility impaired division is scheduled to begin at 9:02 a.m. EST.