The Latest: US allowing suits against foreign firms in Cuba 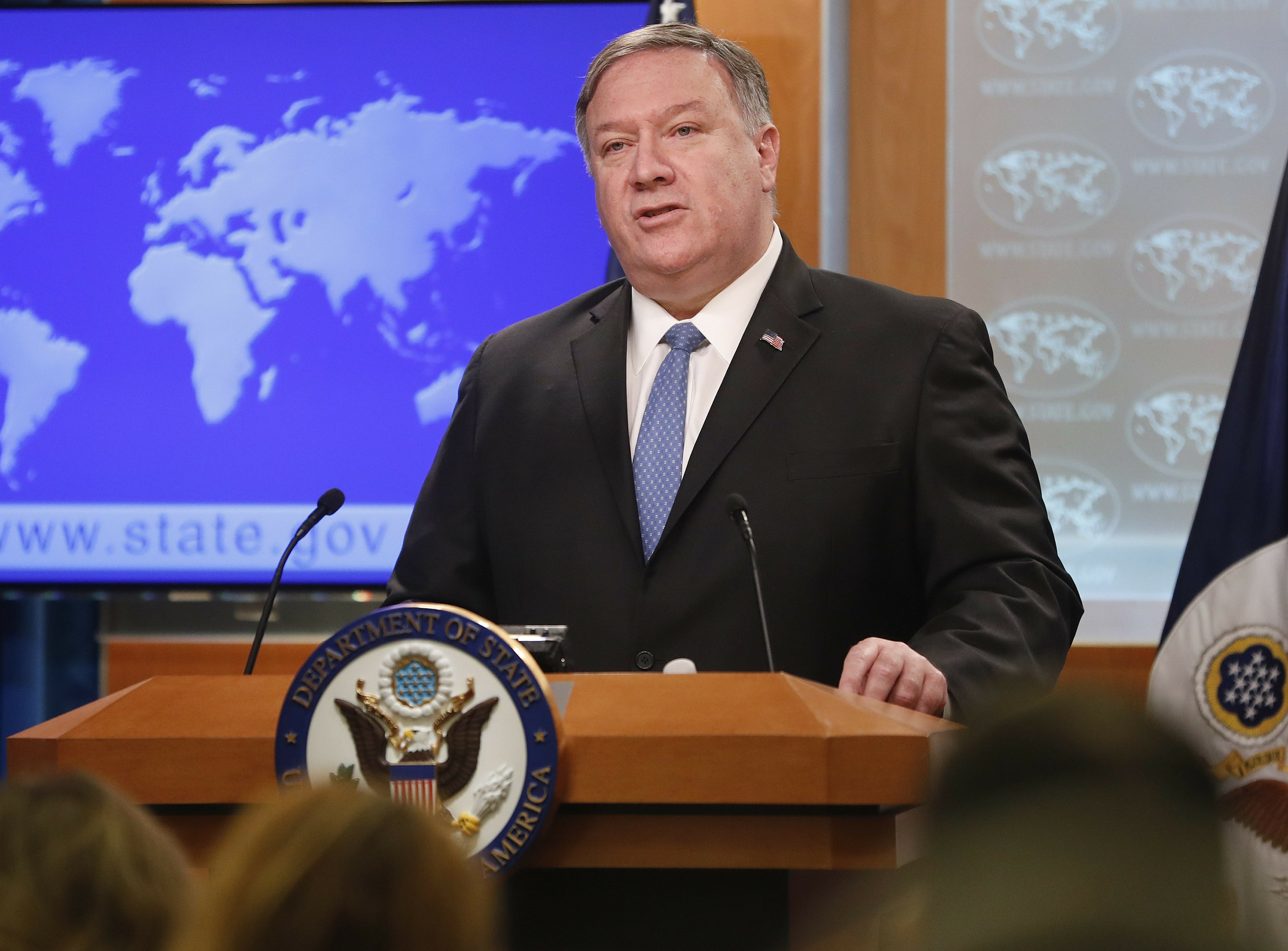 WASHINGTON — The Latest on the Trump administration’s position on Cuba (all times local):

The Trump administration is opening the door for lawsuits against foreign firms operating on properties Cuba seized from Americans after the 1959 revolution.

Secretary of State Mike Pompeo (pahm-PAY’-oh) said Wednesday he won’t renew a bar on litigation in place for two decades. The decision is a blow to Havana’s efforts to draw foreign investment to the island.

President Donald Trump is stepping up pressure to isolate embattled Venezuelan President Nicolas Maduro, who is holding power with help from other countries, including Cuba, China and Russia.

Pompeo’s decision gives Americans the right to sue companies that operate out of hotels, tobacco factories, distilleries and other properties Cuba nationalized after Fidel Castro took power. It allows lawsuits by Cubans who became U.S. citizens years after their properties were taken.

Pompeo says, “Those citizens’ opportunities for justice have been put out of reach for two decades.”

Word of the move prompted stern responses from Canada and Europe, which have vowed to protect their businesses from lawsuits.

Isabel Celaa said Wednesday “the Spanish government will give its backing to Spanish companies in Cuba.” She did not elaborate on what form the support might take.

Celaa told reporters after the weekly Cabinet meeting Madrid understands that the European Union also intends to throw its weight behind European companies with legitimate business interests outside the bloc.

The U.S. government is expected to announce later Wednesday that it will permit lawsuits against foreign firms doing business in properties seized from Americans after Cuba’s 1959 revolution.

The European Union is warning that it stands ready to protect the interests of European firms or people doing business in Cuba who might be hit by any U.S. lawsuits filed against foreign companies there.

President Donald Trump’s administration is expected to announce Wednesday that it will allow lawsuits against foreign firms doing business in properties seized from Americans after Cuba’s 1959 revolution.

European Commission spokesman Alexander Winterstein says the EU “is ready to protect European interests, including European investments and the economic activities of EU individuals and entities in their relations with Cuba.”

Winterstein underlines the EU’s “strong opposition to the extraterritorial application of unilateral restrictive measures, which it considers contrary to international law.”

He has declined to say what measures are being considered.

A senior official in Madrid says the Spanish government is asking the European Union to challenge a U.S. move to allow lawsuits against foreign companies operating in properties seized from Americans in post-revolution Cuba.

The move, announced Tuesday, breaks with two decades of U.S. policy on the island.

Spain, which has large investments in hotels and other tourism-related industries in Cuba, will ask the EU to challenge the decision in the World Trade Organization, a senior government official told The Associated Press.

The official requested anonymity because she wasn’t authorized to discuss the matter publicly. She added that Spain was committed to defending its interests on the island.

Businesses from Canada, France and Great Britain among other countries also conduct business in properties nationalized after Fidel Castro took power in 1959.

The Trump administration is preparing to change a longstanding U.S. policy on Cuba.

The administration is expected to announce Wednesday that it will allow lawsuits against foreign companies doing business in properties seized from Americans after Cuba’s 1959 revolution.

A law passed in 1996, the Helms-Burton Act, gives Americans the right to sue the mostly European companies that operate out of hotels, tobacco factories, distilleries and other properties that Cuba nationalized after Fidel Castro took power. The act even allows lawsuits by Cubans who became U.S. citizens years after their properties were taken.

But every U.S. president since Bill Clinton has suspended the key clause to avoid trade clashes and a potential mass of lawsuits that would prevent any future settlement with Cuba over nationalized properties.