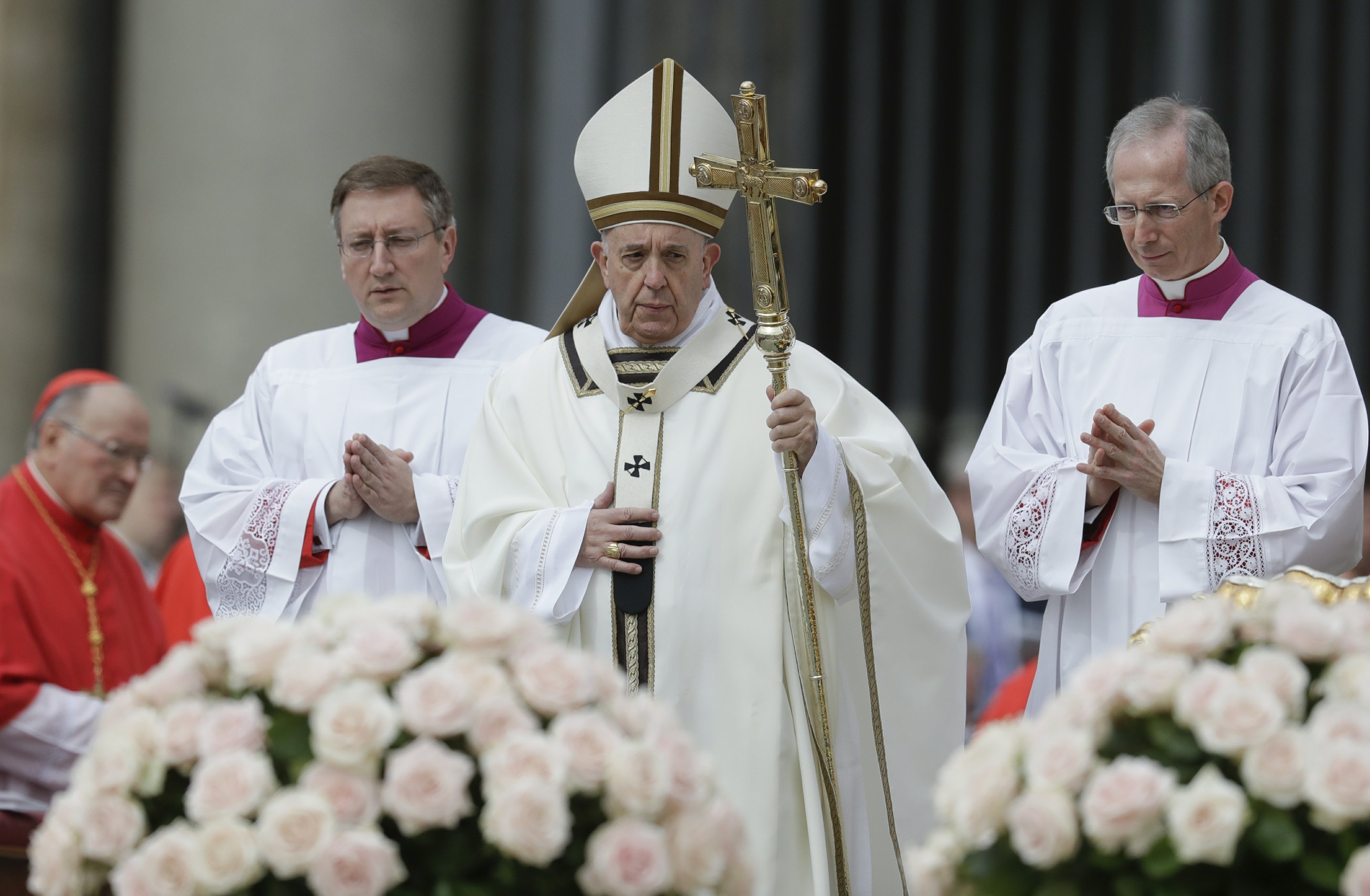 Hours after celebrating a late-night vigil, Francis processed into a flower-decked St. Peter’s Square for the liturgy Sunday commemorating the resurrection of Christ after his crucifixion.

This year the Easter season has been marred both by the destruction of Paris’ Notre Dame Cathedral by fire last week and the massacre on Sunday in Sri Lanka. More than 130 people were killed and hundreds wounded following near-simultaneous blasts at three Sri Lankan churches during Easter Sunday services and three hotels frequented by foreigners.

After Mass, Francis delivers his annual Easter “Urbi et Orbi” speech about conflicts and other difficulties around the world.