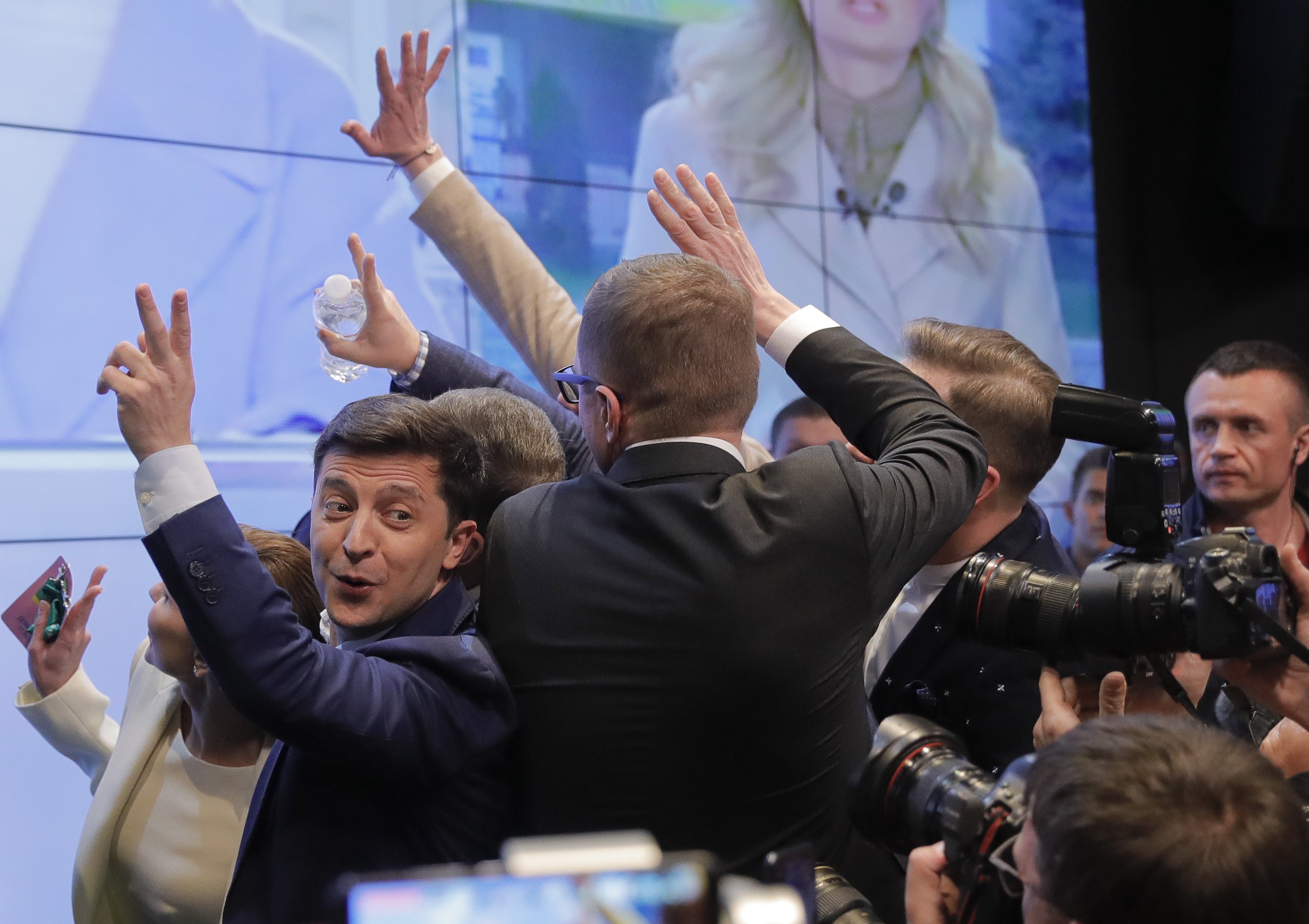 MOSCOW — Results from nearly all polling stations show that TV star Volodymyr Zelenskiy has won the Ukrainian presidential runoff vote in a landslide.

The Central Election Commission says Monday that Zelenskiy has won 73% of the vote while the incumbent President Petro Poroshenko got just 24% support with more than 95% of the ballots counted.

Unlike in most of the elections in Ukraine’s post-Soviet history, Zelenskiy appears to have won both in Ukraine’s west and east, areas that have been traditionally polarized.

One of the campaign slogans of the popular television comedian who has no previous political experience was to unify Ukraine, which has been torn by bitter debates over its identity as well as the separatist conflict in the east that is fueled by neighboring Russia.