Israeli election may have dimmed hopes for 2-state solution 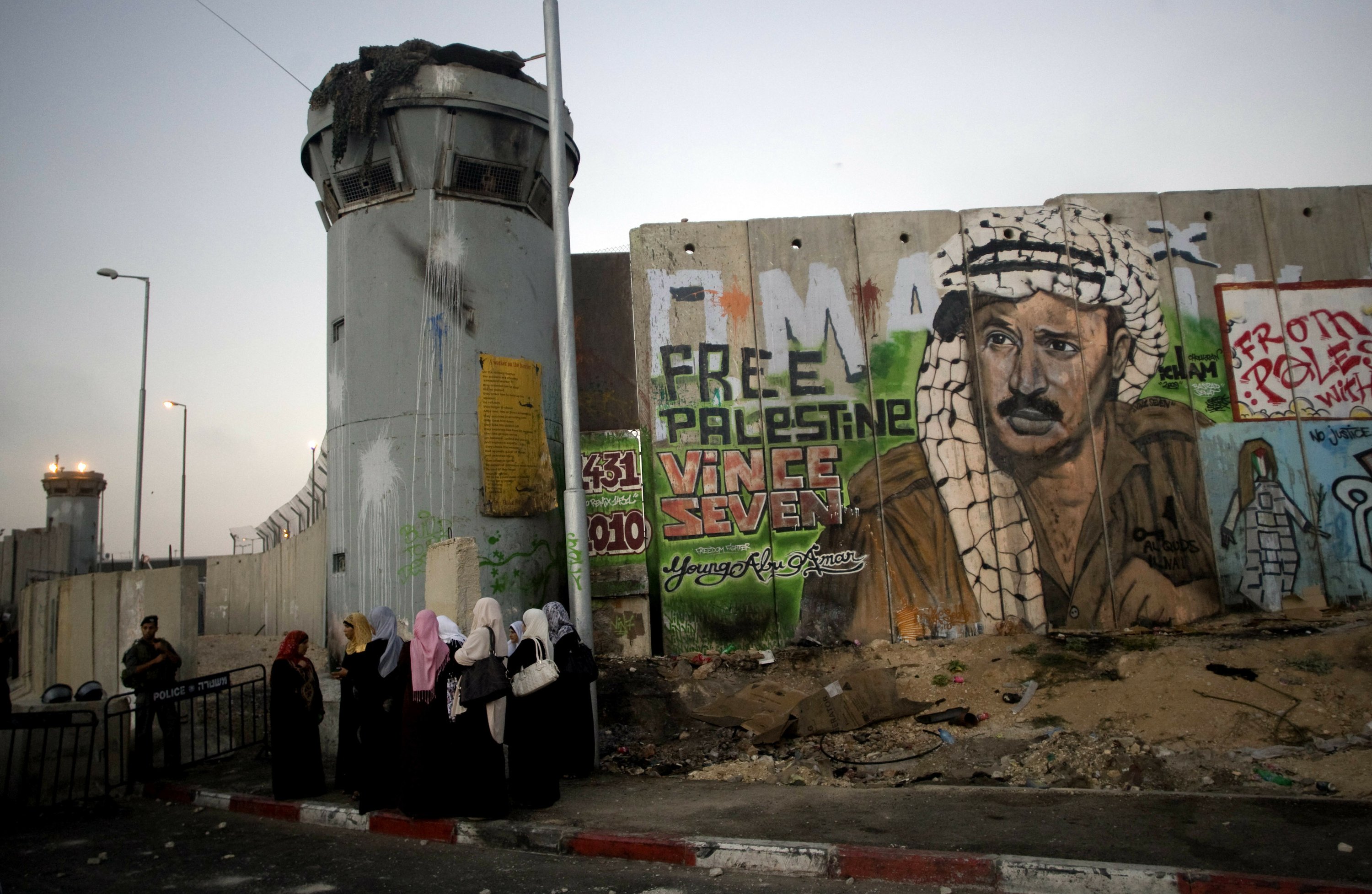 JERUSALEM — Is the two-state solution for the Israeli-Palestinian conflict dead?

After Prime Minister Benjamin Netanyahu coasted to another victory in this month’s Israeli election, it sure seems that way.

On the campaign trail, Netanyahu ruled out Palestinian statehood and for the first time, pledged to begin annexing Jewish settlements in the West Bank. His expected coalition partners, a collection of religious and nationalist parties, also reject Palestinian independence.

Even his chief rivals, led by a trio of respected former military chiefs and a charismatic former TV anchorman, barely mentioned the Palestinian issue on the campaign trail and presented a vision of “separation” that falls far short of Palestinian territorial demands.

The two Jewish parties that dared to talk openly about peace with the Palestinians captured just 10 seats in the 120-seat parliament, and opinion polls indicate dwindling support for a two-state solution among Jewish Israelis.

“The majority of the people in the state of Israel no longer see a two-state solution as an option,” said Oded Revivi, the chief foreign envoy for the Yesha settler council, himself an opponent of Palestinian independence. “If we are looking for peace in this region, we will have to look for a different plan from the two-state solution.”

For the past 25 years, the international community has supported the establishment of a Palestinian state on the West Bank, east Jerusalem and the Gaza Strip — lands captured by Israel in the 1967 Mideast war — as the best way to ensure peace in the region.

The logic is clear. With the number of Arabs living on lands controlled by Israel roughly equal to Jews, and the Arab population growing faster, two-state proponents say a partition of the land is the only way to guarantee Israel’s future as a democracy with a strong Jewish majority. The alternative, they say, is either a binational state in which a democratic Israel loses its Jewish character or an apartheid-like entity in which Jews have more rights than Arabs.

After decades of fruitless negotiations, each side blames the other for failure.

Israel says the Palestinians have rejected generous peace offers and promoted violence and incitement. The Palestinians say the Israeli offers have not been serious and point to Israel’s ever-expanding settlements in the West Bank and east Jerusalem, now home to nearly 700,000 Israelis.

The ground further shifted after the Hamas militant group took over the Gaza Strip in 2007 and left the Palestinians divided between two governments, with one side — Hamas — opposed to peace with Israel. This ongoing rift is a major obstacle to negotiations with Israel, and has also left many Palestinians disillusioned with their leaders.

Since taking office a decade ago, Netanyahu has largely ignored the Palestinian issue, managing the conflict without offering a solution for how two peoples will live together in the future.

After clashing with the international community for most of that time, he has found a welcome friend in President Donald Trump, whose Mideast team has shown no indication of supporting Palestinian independence.

Tamar Hermann, an expert on Israeli public opinion at the Israel Democracy Institute, said the election results do not necessarily mean that Israelis have given up on peace. Instead, she said the issue just isn’t on people’s minds.

“Most Israelis would say the status quo is preferable to all other options, because Israelis do not pay any price for it,” she said. “They don’t feel the outcome of the occupation. … Why change it?”

While the two-state prospects seem dim, its proponents still cling to the belief that the sides will ultimately come around, simply because there is no better choice.

“Either Israel decides to be an apartheid state with a minority that is governing a majority of Palestinians, or Israel has to realize that there is no other solution but two states,” Palestinian Prime Minister Mohammed Shtayyeh told The Associated Press. “Unfortunately the Israeli prime minister is politically blind about these two facts.”

Shtayyeh noted the two-state solution continues to enjoy wide international backing. Peace, he insisted, is just a matter of “will” by Israel’s leaders.

Dan Shapiro, who served as President Barack Obama’s ambassador to Israel, said the two-state solution “is certainly getting harder” after the Israeli election but is not dead.

Getting there would require leadership changes on both sides, he said, pointing to the historic peace agreement between Israel and Egypt 40 years ago, reached by two leaders who were sworn enemies just two years earlier.

“We know what’s possible when the right leadership is in place,” he said. “So that puts us supporters of it in a mode of trying to keep it alive and viable for the future.”

That may be a tall task as the Israeli election results appear to reflect a deeper shift in public opinion.

According to the Israel Democracy Institute, which conducts monthly surveys of public opinion, support for the two-state solution among Jewish Israelis has plummeted from 69% in 2008, the year before Netanyahu took office, to 47% last year. Just 32% of Israelis between the ages of 18-34 supported a two-state solution in 2018. The institute typically surveys 600 people, with a margin of error of just over 4 percentage points.

Attitudes are changing on the Palestinian side as well. Khalil Shikaki, a prominent Palestinian pollster, said 31% of Palestinians seek a single binational state with full equality, a slight increase from a decade ago. His poll surveyed 1,200 people and had a margin of error of 3 percentage points.

Although there was no breakdown by age group, Shikaki said the young are “clinging less to the two-state solution because they lost faith in the Palestinian Authority’s ability to provide a democratic state” and because the expanding settlements have created a new reality on the ground.

Amr Marouf, a 27-year-old restaurant manager in the city of Ramallah, said he maintains his official residence in a village located in the 60% of the West Bank that Israel controls, just in case Israel annexes the territory. That way, he believes, he can gain Israeli citizenship.

“I think the one state solution is the only viable solution,” he said. “We can be in Israel and ask for equal rights. Otherwise, we will live under military occupation forever.”

Netanyahu is expected to form his new coalition government by the end of May, and he will come under heavy pressure from his partners to keep his promise to annex Israel’s West Bank settlements.

Such a step could extinguish any hopes of establishing a viable Palestinian state, particularly if the U.S. supports it. American officials, who have repeatedly sided with Israel, have said nothing against Netanyahu’s plan.

There is also the Trump administration’s long-delayed peace plan, which officials have signaled could finally be released this summer. U.S. officials have said little about the plan, but have indicated it will go heavy on economic assistance to the Palestinians while falling far short of an independent state along the 1967 lines.

Shtayyeh said such a plan would be a nonstarter.

“This is a financial blackmail, which we reject,” he said.