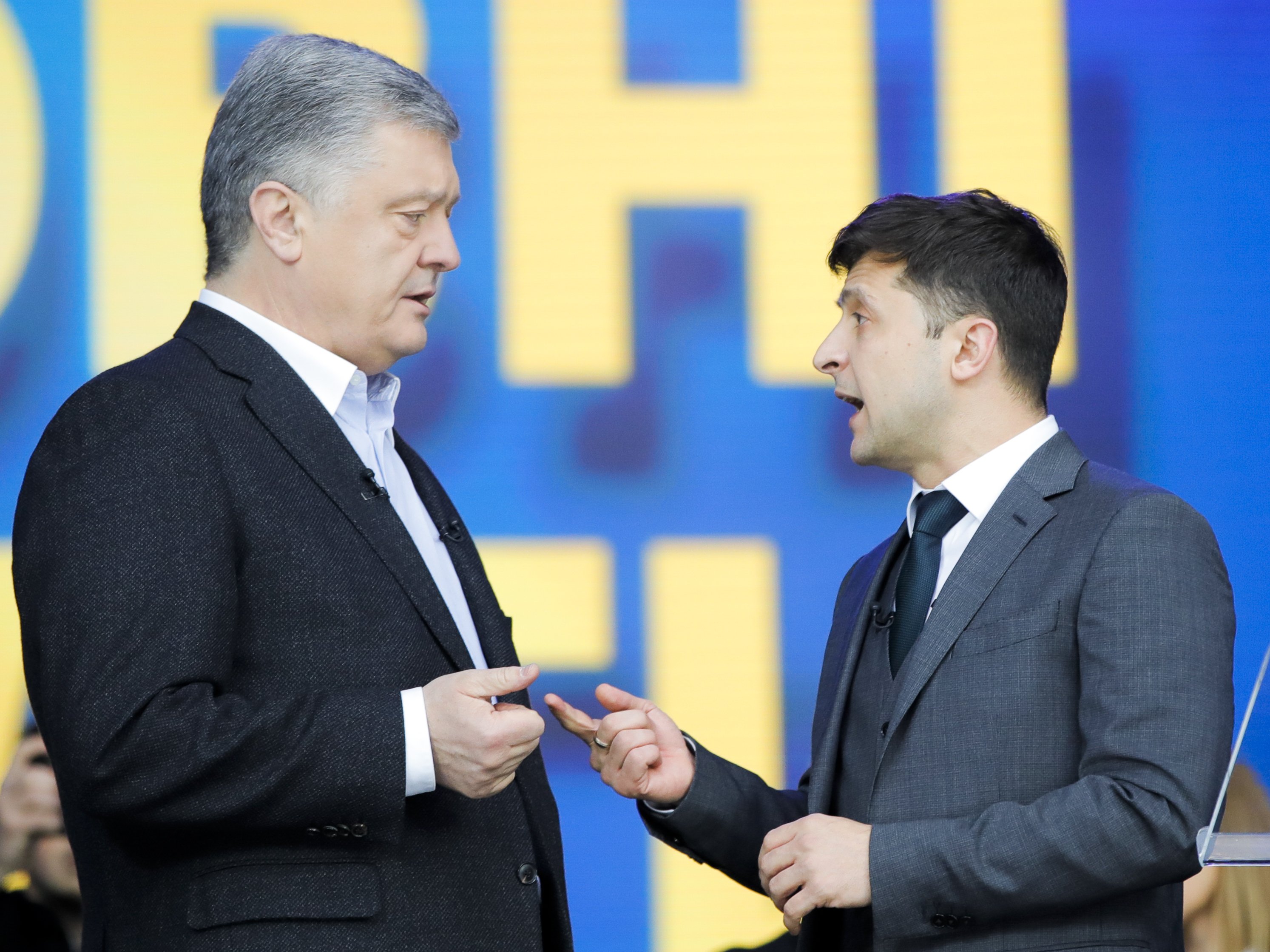 KIEV, Ukraine — Polls opened Sunday in Ukraine’s presidential runoff as the nation’s incumbent leader struggles to fend off a strong challenge by a comedian who denounces corruption and plays the role of president in a TV sitcom.

Opinion surveys ahead of the vote have shown 53-year-old President Petro Poroshenko trailing far behind comic actor Volodymyr Zelenskiy, reflecting public dismay with endemic corruption, a moribund economy and a five-year fight against Russia-backed insurgents in the country’s east.

Zelenskiy, 41, got twice as many votes as Poroshenko in the first round three weeks ago. Like his sitcom character, a teacher thrust into the presidency after a video of him blasting corruption goes viral, he has focused on fighting graft.

The campaign was marked by fierce mutual criticism and a jockeying for dominance, wrapping up with Friday’s debate at the nation’s largest sports arena in which the rivals both fell on their knees in a melodramatic moment to ask forgiveness of those who lost relatives on the eastern battlefront.

Just a few hours before polls opened, a court in the Ukrainian capital of Kiev heard a suit filed by a Zelenskiy foe who claimed that the actor tried to bribe voters when his campaign offered tickets to the debate and demanded that his registration be annulled. The court rejected the demand early Sunday.

Poroshenko, a billionaire candy magnate before taking office, has relied on traditional political barnstorming, using sympathetic television stations to give extensive coverage of his appearances. Zelenskiy, however, has largely stayed away from the campaign trail and eschewed interviews. He has run his campaign mainly on Instagram, where he has 3.7 million followers.

Poroshenko’s attempts to counter the challenger online have often been awkward, including a video that showed Zelenskiy being run over by a truck with a streak resembling a line of cocaine left behind. There is no evidence that Zelenskiy, a fitness fan, uses drugs.

Zelenskiy challenged the president to take alcohol and drug tests before the debate and labs said no traces of narcotics or alcohol was found in either man.