Seaside Sri Lanka town known for its churches is in mourning 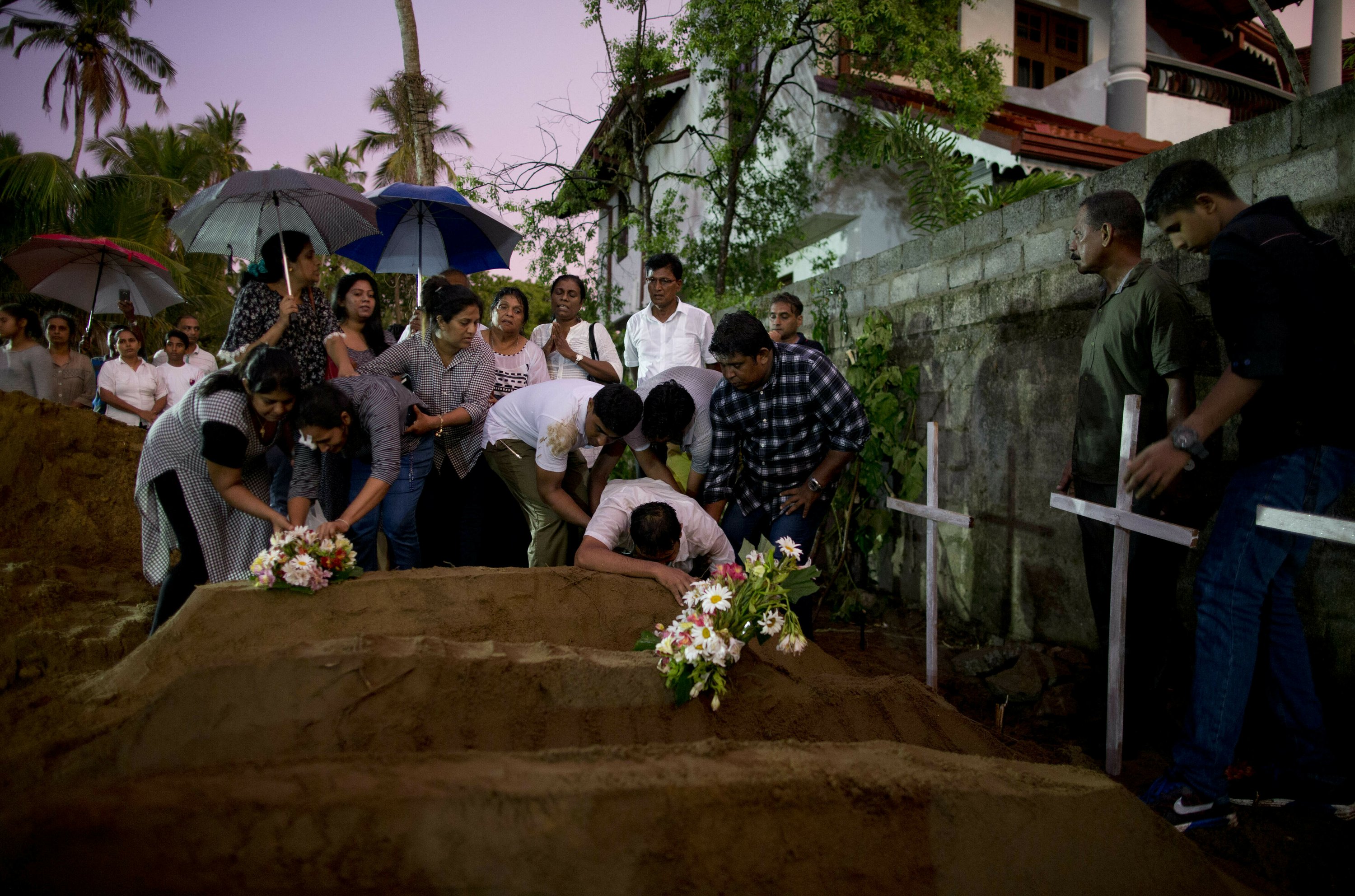 NEGOMBO, Sri Lanka — The seaside Sri Lankan fishing town of Negombo has long been called “Little Rome,” a reference to its abundance of churches and its place at the center of the country’s small Catholic community.

On Monday, it was a town in mourning.

Small white flags flew in house after house near St. Sebastian’s Church, a sign that someone who lived there had died. Groups of people visited, paying their respects. On Easter Sunday, a bomb blast ripped through St. Sebastian’s, one of a half-dozen coordinated attacks on churches and high-end hotels that killed nearly 300 people. At least 110 were killed at St. Sebastian’s, said Cardinal Malcolm Ranjith, making it the day’s most deadly bombing.

Charles Fernando, 32, who was among the neighborhood residents walking between houses, pointed to a home where he said nearly everyone had been killed or injured.

“We had war for 30 years but there were no bomb blasts in Negombo,” he said. “We will never forget this.”

During Sri Lanka’s long and bloody civil war, Negombo, about an hour north of the capital, Colombo, was largely spared the violence that raged elsewhere in the country. The war, which left some 100,000 people dead, ended in 2009.

“It is a safe haven for all,” Ranjith said at a religious conference held in the town in 2016. 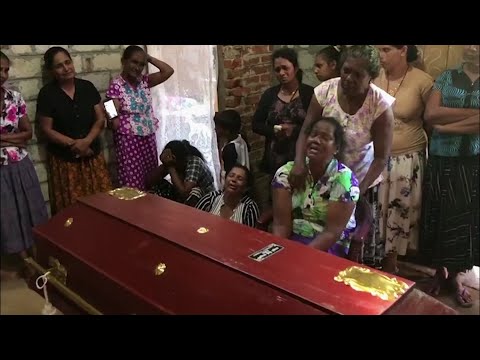 Catholicism is everywhere in Negombo, a town of about 140,000 people with dozens of churches and perhaps hundreds of small roadside Catholic shrines. About 65% of Negombo is Roman Catholic, according to census data, though Catholics make up just 6% of the country.

But the town has also long been known for its tolerance. The town’s Angurukaramulla Temple is a popular stop for Buddhist pilgrims. Its Grand Mosque is famed for its beauty. The Hindu god Rama is said to have been nearby before his great battle with the demon-king Ravana.

“I was shocked when I saw the horrible devastation caused at the church,” Ranjith said after visiting St. Sebastian’s, pleading for tolerance in the aftermath of the attacks and urging Christians not to seek revenge. Authorities have blamed the Sri Lankan Muslim group National Thowfeek Jamaath.

But in the first hours after the blasts even Ranjith called on officials to “mercilessly” punish those responsible for attacks, saying “only animals can behave like that.”

The targets included two Catholic churches — St. Sebastian’s and St. Anthony’s Shrine in a Colombo suburb — and the Protestant Zion Church in the eastern coastal city of Batticaloa.

The attacks surprised many in Sri Lanka, where the small Christian community, which totals roughly 7% of the population, has long avoided involvement in the country’s bitter ethnic and religious divides. Sometimes-violent anti-Muslim bigotry has grown in the years since the civil war ended, fueled by Buddhist nationalists, but Christians have faced only scattered harassment.

Negombo’s economy has long been dominated by fishing, but the tourism industry has grown quickly in recent years because of the town’s beaches and its proximity to the country’s international airport.

On Monday, many people came to pray in the garden outside the church, gathering at a statue of St. Sebastian, an early Christian martyr who was riddled with arrows during Roman persecutions.

Kumari Siriwardane had tears in her eyes as she spoke.

“I feel so sad about our village, our people, our religion,” said Siriwardane, 58. “The doors of our houses are closed.”

She struggled to find words to express her pain: “I feel very sad. Very very sad.”