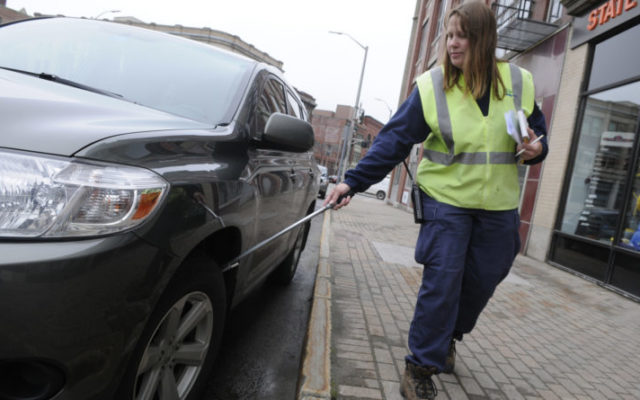 On Monday, a panel from the Cincinnati-based Sixth Circuit Court of Appeals ruled that parking-enforcement officers who made chalk marks on tires have committed illicit trespassing.

According to the judgment, Allison Patricia Taylor of Saginaw, Michigan received 15 parking tickets between 2014 and 2017. These tickets were all for parking on the street for a duration longer than the local ordinances permitted. For example, a sign allowed parking for two hours without penalty, but Taylor would park for a longer duration. Police officers would place small chalk marks on Taylor’s tires as a way of measuring how long she had been stationed at a spot.

Taylor received a $15 fine for each ticket, or $225 in total. While $15 for a parking violation is tiny compared to similar fines in other cities, Taylor was angered at the principal of the city marking her tires, so she sued under 42 U.S. Code § 1983, the standard law cited when a plaintiff alleges that a government agency violated his or her civil rights, specifically her Fourth Amendment right to be free from unreasonable searches.

District Judge Thomas Ludington, the one federal judge for Saginaw, dismissed the case, calling her argument “unorthodox.” Ludington noted that chalking was constitutional whether or not the practice was considered a formal “search,” agreeing with the city that, if it was a search, it fell under the community caretaker exception.

Taylor appealed the case to the Sixth Circuit. A three-judge panel unanimously ruled that chalking was a regulatory exercise, not a caretaking one. The panel, which included 2018 Supreme Court finalist Raymond Kethledge, found that chalking was more akin to tracking a car with a GPS device, a practice that the Supreme Court in United States v. Jones found required a warrant.

If this case is upheld by the Supreme Court, it could mean that cities would have to change their practices of identifying parking violators.

However, there are many reasons to think that things will not change much, if at all.

First, the Sixth Circuit has, by one measure, become the most-overturned appeals court in the United States, so Taylor and her fellow parking violators should hold off on the champagne.

Second, while the exclusionary rule would prevent chalk marks from being used against defendants in criminal trials, the rule does not apply to civil actions such as parking tickets.

Finally, police can easily use time-stamped digital photos instead of chalk marks when issuing parking tickets. In fact, it is a wonder that parking-enforcement officers still use chalk, when digital technology is much more reliable.