Russia’s stray polar bear taken back to the wild 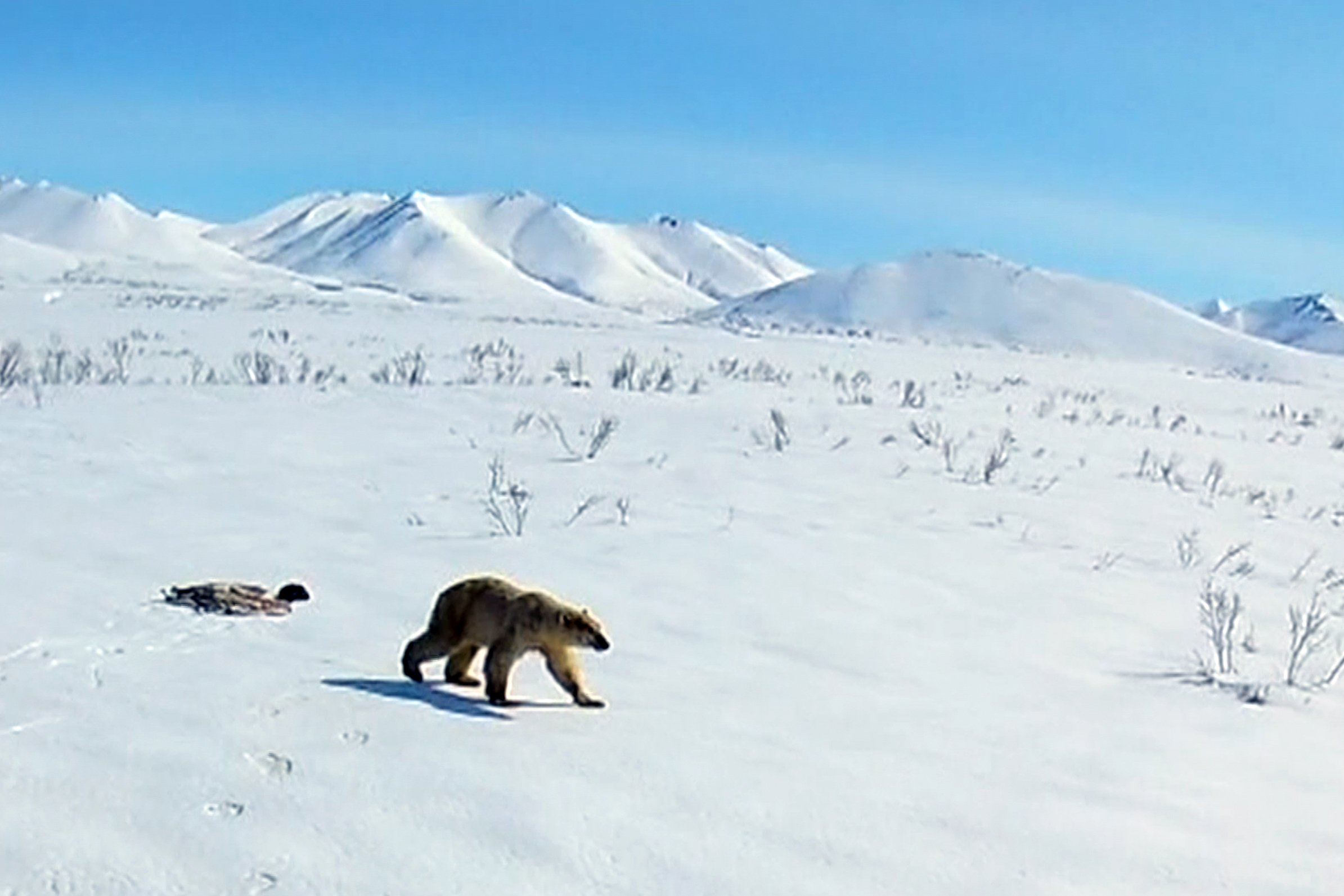 MOSCOW — A polar bear which was found roaming around a village in eastern Russia, hundreds of miles away from its usual habitat, has been airlifted back home.

The exhausted-looking animal apparently traveled on an ice floe from the remote, sparsely populated Chukotka to a village on Kamchatka, about 700 kilometers (434 miles) south when it was found.

Russian emergency authorities on Monday mounted an operation to repatriate the bear. A member of the response team shot a tranquilizer at the bear and put it in a container and onto a helicopter which flew to the snow-covered Chukotka. The bear was then released into the wild.

Environmentalists say that wild animals such as polar bear are suffering from the shrinking hunting environment and the receding ice as the Arctic is getting warmer.