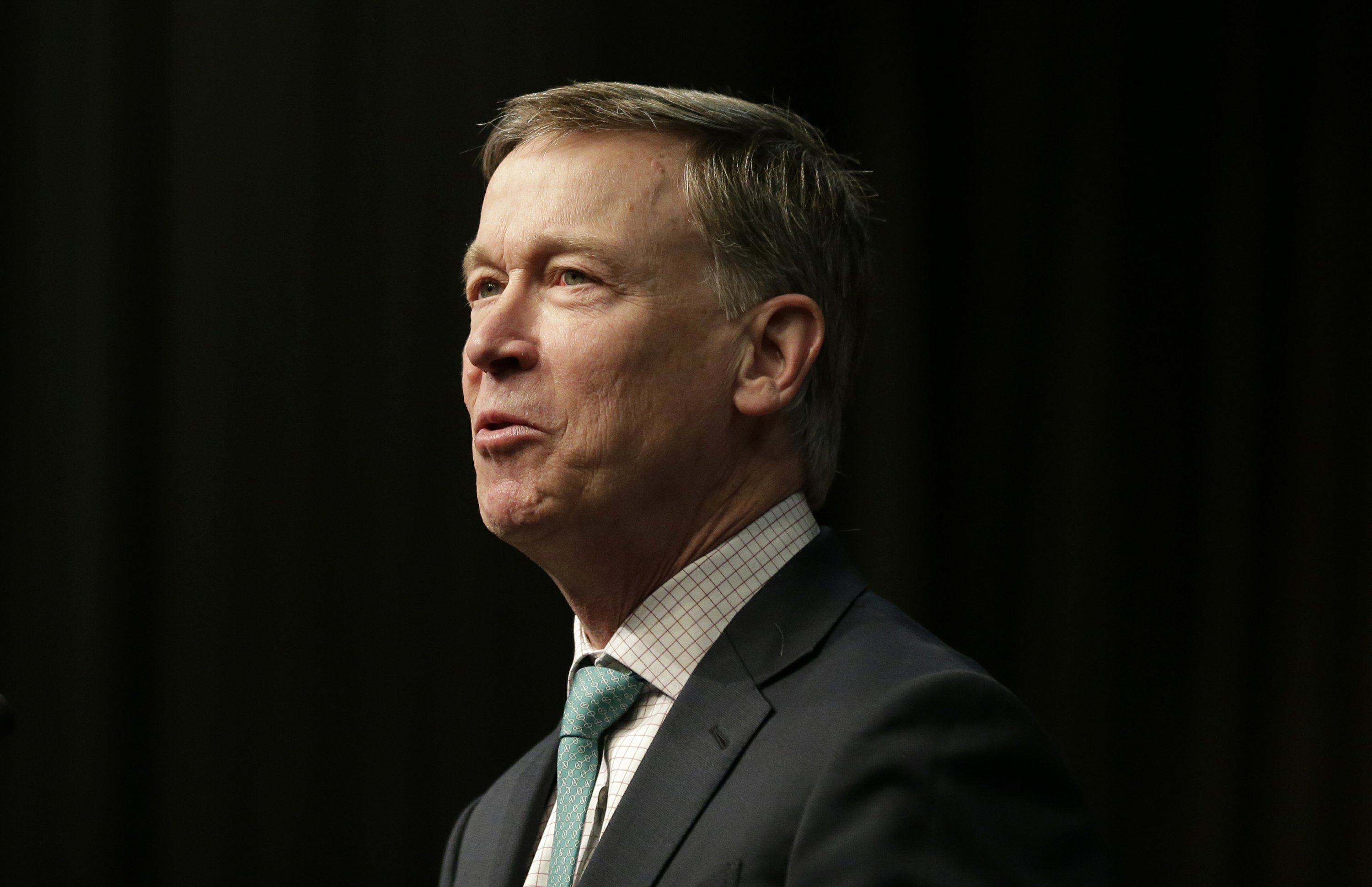 After touring the National Lynching Memorial recently, former Colorado Gov. John Hickenlooper spoke of the “shame” he felt that some white people “kind of looked the other way during these lynching incidents.”

Former U.S. Rep. Beto O’Rourke of Texas has acknowledged he “clearly had advantages” as a white man. Sen. Elizabeth Warren of Massachusetts has said that any struggle she faced as a single mom was much more challenging for black women. U.S. Rep. Tim Ryan of Ohio has talked about not knowing many black people when he was growing up. And Mayor Pete Buttigieg of South Bend, Indiana, recently said, “Any white candidate needs to show a level of consciousness around issues like white privilege.”

Such candor surrounding race is becoming what Democratic strategist Joel Payne called a “woke litmus test” for any white person who wants to win the Democratic presidential nomination. In a field celebrated for its historic racial and gender diversity, white candidates are talking about systemic racism and white privilege to connect with voters of color and prove that America’s racial divisions aren’t lost on them.

White presidential candidates are among the contenders who will have another chance to connect with voters of color on Wednesday at the She the People forum in Houston. The event, which is focused on women of color, includes O’Rourke, Warren and Sen. Bernie Sanders of Vermont as speakers.

There are clear risks to Democrats who embrace talk of white privilege. Candidates could lose the moderate white men who live in suburbs and whose support will be necessary to defeat President Donald Trump. Republicans, including Trump, often blast Democrats for playing into “identity politics” when they talk about race.

Joe Biden’s presidential bid, which is expected to launch on Thursday, could test whether it’s politically wise for candidates to speak so openly about race. Although he has positioned himself as a champion of racial equality, the former vice president is expected to wage a campaign aimed at winning back the working-class white voters who swung to Trump in 2016.

Given his decades in public life, Biden faces unique vulnerabilities on race that he will have to address early on in his campaign. He will likely face questions about his opposition to busing during the desegregation era. And he will face scrutiny for his role in Supreme Court confirmation hearings that undermined Anita Hill’s credibility nearly three decades ago along with his support of the 1994 crime bill that contributed to the racial disparities in prison sentencing at the center of the mass incarceration debate.

Not all candidates have talked so personally about race. Sanders, who struggled to win black voters in 2016, hasn’t talked in depth about whether he has been treated better by society because he’s a white man.

Asked recently whether she has experienced privilege as a white person, Democratic candidate Kirsten Gillibrand of New York said, “I guess I don’t see it that way.” The U.S. senator from New York acknowledged persistent gender and racial bias. But pointing to her legislative accomplishments, she said, “A lot of that success was actually because I’m a woman.”

“I have great skills and listening, of finding common ground, of bringing people together,” she said. “I think those are some of my superpowers.”

Democratic strategist Jamal Simmons cautioned white candidates against “overdoing” talk about privilege and identity. But he said those who are turned off by such rhetoric “are probably not reliable voters for Democrats” in a general election.

The conversations about white privilege are an acknowledgement of the role black voters will play in the Democratic primary next year. For one, the primary features several candidates of color, including Sens. Kamala Harris of California, Cory Booker of New Jersey and former Obama Cabinet secretary Julián Castro. Each of them will make hard pitches to diverse voters and are also attending She the People.

The large size of the Democratic field and the way the primaries will unfold could also put voters of color in a more powerful position. After majority-white states Iowa and New Hampshire vote next year, the contest will swiftly move to more diverse places like Nevada, South Carolina, California, Texas and Georgia.

In a recent interview, Buttigieg said being “pro-racial justice should not be skin off the back of any white voter.”

“There’s certainly an environment where sometimes these ideas are pitted against each other, where it’s suggested, for example, that connecting with white working-class voters somehow means that you have to walk away from our commitment to racial justice — but our commitment to racial justice is part of the bedrock of the moral authority of the Democratic Party,” Buttigieg said.

But when asked whether he had experienced white privilege, he said that “part of privilege is not being very conscious of it, right?”

He added: “You’re much more conscious when you’re at a disadvantage than … when you are on the beneficial side of a bias. But there’s no question that that’s a factor that has impacted people in many different ways.”

Rashad Robinson, executive director of the online civil rights organization Color of Change, said candidates must go further than being comfortable discussing white identity. They must be able to translate privilege into policies that address inequality, he said.

“I don’t need you simply talking about these issues,” said Robinson, who has talked to several 2020 Democrats. “I need you using your power to act on them. That, for me, is going to be the measure and the test.”