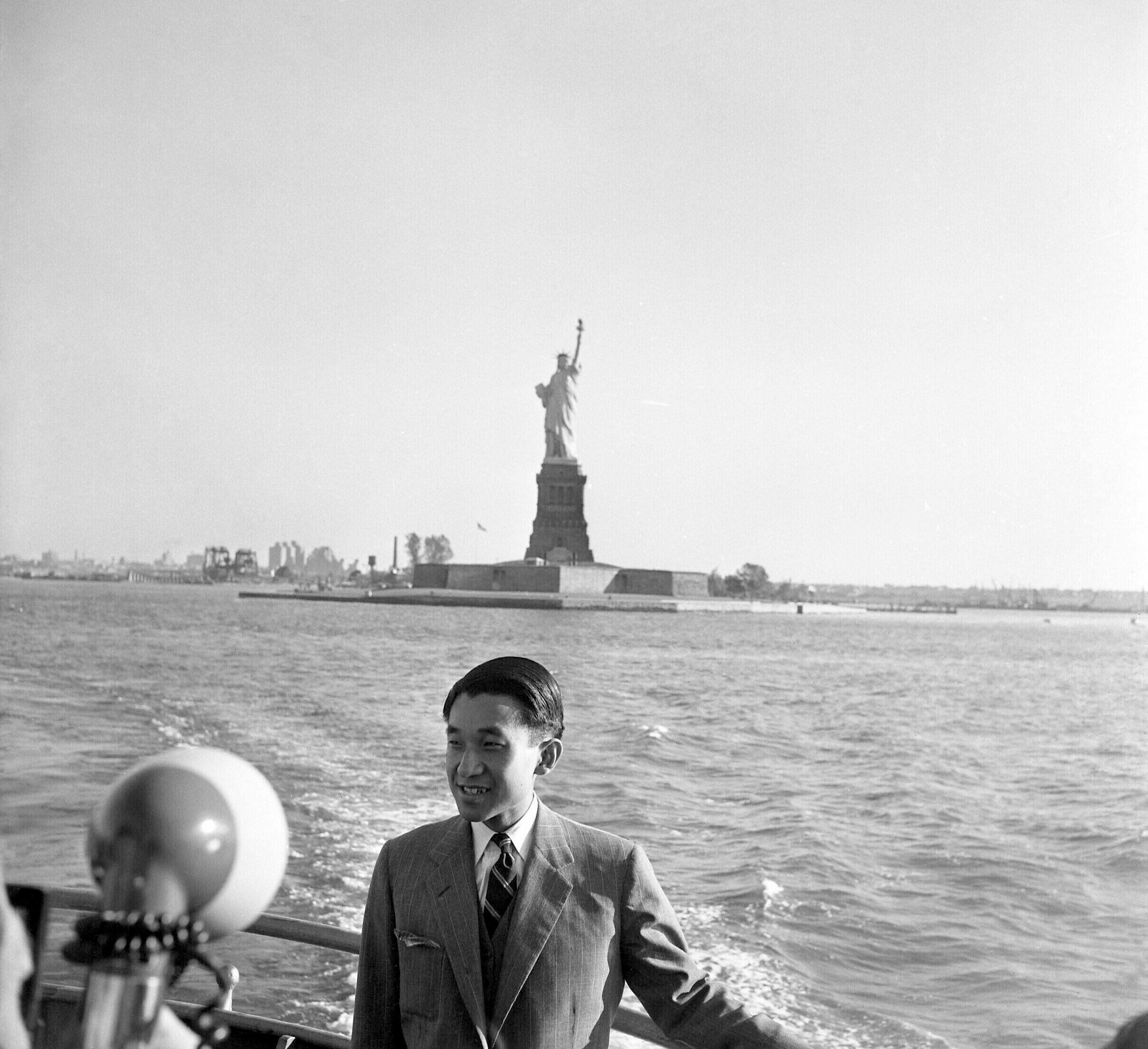 TOKYO — Japan’s Emperor Akihito has had a lifetime mission: Make amends for a war fought in his father’s name.

Akihito was just 11 when he heard his father Hirohito’s voice on the radio declaring Japan’s surrender in World War II. Though he wouldn’t become emperor himself for another 44 years, Akihito embraced his role as peacemaker and often represented his father on reconciliatory missions that began with Japan’s return to the international community in the early 1950s.

When he abdicates April 30, Akihito will become the first emperor in Japan’s modern history to see his era end without ever having a war.

“It gives me deep comfort that the Heisei era is coming to an end, free of war in Japan,” Akihito said in a December news conference, his voice trembling with emotion.

Throughout his reign, which began in January 1989 after his father’s death, Akihito has enjoyed widespread respect as a politically neutral figurehead, as defined in Japan’s U.S.-inspired postwar constitution, which also outlaws war as a means to settle disputes. Yet in recent years many palace watchers have seen his frequent expressions of remorse for Japan’s wartime past as a subtle message to politicians and nationalists seeking to expand the country’s military role.

Marking his 30-year reign in February, Akihito thanked his people for their strong desire for peace, but called for more effort.

“Today, in this globalizing world, however, I believe that Japan needs to open up to the world further, establish its own place in that world with wisdom, and build relations with other countries with sincerity and good will,” he said in a speech.

For much of the first half of the 20th century, Japan’s ruling military regime invaded neighboring countries as part of its expansionist vision for an Asian empire. It used Akihito’s father — worshipped in Japan as a living god — to drum up public support for the campaign, which eventually led to Japan’s involvement in World War II.

With Japan’s surrender came many changes, including an end of the modern era deification of emperors.

As Japan sought to normalize its post-war relations, Akihito as a 19-year-old crown prince embarked on a six-month trip in 1953 to the U.S., Canada and 13 European nations. He attended Queen Elizabeth’s coronation in Britain on behalf of his father.

Only eight years after the end of the World War II, Hirohito’s own visit to those countries was considered too inflammatory.

During the trip, he learned how the war affected Japanese immigrants in Canada, where he heard first-hand accounts from Japanese-Canadians put into internment camps. Akihito was not always warmly welcomed, and in Britain he faced some protests, but historians say his debut helped rebuild Japan’s foreign relations.

Akihito would visit 30 countries as crown prince and another 28 at as emperor. He was almost always accompanied by his wife, Empress Michiko.

Akihito’s travels as emperor started in Asia, a region his father never visited.

In 1992, a year after visiting Thailand, Malaysia and Indonesia, Akihito made a first imperial visit to China, an extremely sensitive destination because of Japan’s wartime aggression. At the Oct. 23 state banquet in Beijing, Akihito offered what was considered the strongest expression of regret over the war, though he stopped short of apologizing.

His speech warmed the atmosphere during the rest of his trip, historians and former diplomats say. Days later in Shanghai, residents standing along the street waved at Akihito’s motorcade, and the smiling emperor waved back, his car slowing down at his request.

Nevertheless, to this day Japan’s relations with China remain frosty.

Akihito has met with at least nine U.S. presidents and hosted banquets for a number of them.

Akihito, who grew up as a teenager during U.S. occupation and had an American tutor, has expressed deep remorse for his country’s wartime role and sorrow over the loss of many lives on both sides of the war.

He has also thanked the U.S. for its post-war support despite that the two countries fought as enemies.

His most significant U.S. trip came in 1960 at the invitation of President Dwight Eisenhower. Akihito and his wife’s two-week trip covered eight cities from Honolulu, Los Angeles to Washington and New York. They were greeted by Walt Disney at Disneyland and even were special guests at Yankee Stadium for the final game of the season.

During his 1998 trip to Britain, Akihito was confronted with bitter memories of the war. In his speech at a Buckingham Palace banquet, he expressed “deep sorrow and pain” for Japan’s harsh treatment of British prisoners of war, but again stopped short of apologizing.

Protesters demanded an apology and compensation, though as an emperor who is given no political power, Akihito had no say over Japan’s government policy on war compensation issues.

Akihito has visited some of the harshest World War II battlefields in the Pacific. He visited the U.S. territory of Saipan in 2005, the western Pacific nation of Palau in 2015 and the Philippines in 2016.

Squarely facing Japan’s wartime history, including visits to the World War II battlefields, showed Akihito wanted to put his father’s legacy in the past, said Makoto Inoue, a Nikkei senior writer specializing in the imperial family.

His trips to pray for the war dead were largely limited to the Pacific islands Japan badly lost in the final stages of the war, and didn’t include places that suffered imperial aggression earlier on, such as northern China and South Korea, said Takeshi Hara, a professor at Meiji Gakuin University and an expert on Japan’s monarchy.

“I’m afraid his role may be overrated, and could mislead the public’s view of wartime history,” Hara said.

Atoning for all of the hurt from such a traumatic war was likely an impossible mission for Akihito, but accomplishments were made.

And when Japan’s next emperor — Crown Prince Naruhito — ascends the Chrysanthemum Throne on May 1, he will do so without the burdens of his father.