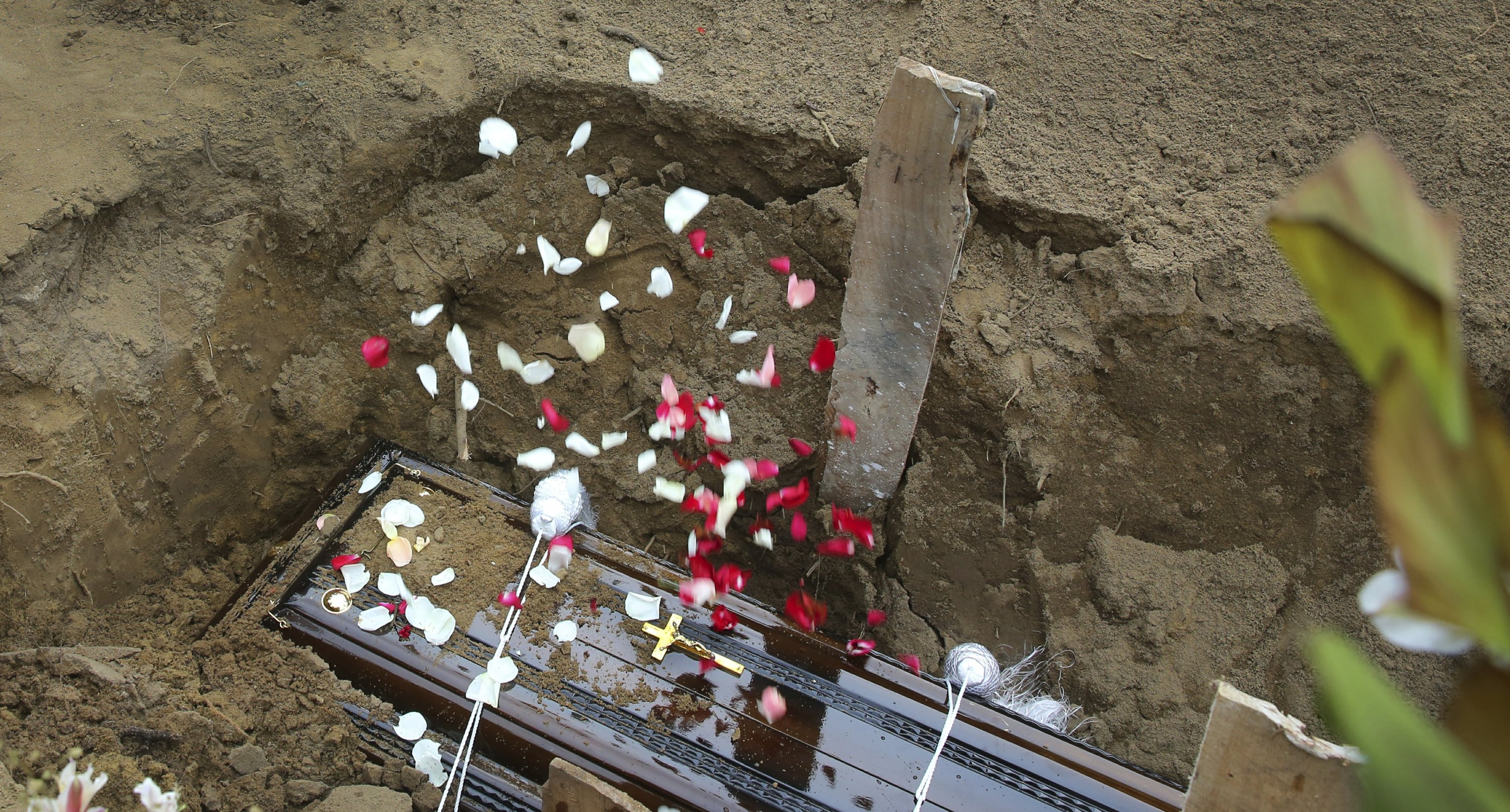 Prime Minister Scott Morrison told reporters that he could confirm links between a local Sri Lankan organization and “support being provided including the targets of these attacks” by the Islamic State group network, citing overnight briefings. He said Australian police were involved in the investigation.

In the capital Colombo, there was a visible increase of security overnight as authorities warned of another attack and pursued at least five suspects that could have access to explosives.

Armed soldiers surrounded St. Anthony’s Shrine, one of the three churches struck on Sunday, and nearby shops were closed.

Gration Fernando crossed himself when he looked at the church after walking out of his shop there. Fernando says he, like other Sri Lankans, was worried about further attacks.

Authorities told Muslims to pray at home rather than attend communal Friday prayers that are the most important of the week.

Prime Minister Ranil Wickremesinghe said he feared that some of the suspects “may go out for a suicide attack” in an interview Thursday with The Associated Press.

Afterward, in an unusually specific warning, the U.S. Embassy in Sri Lanka said places of worship could be hit by extremists this weekend. The U.K.’s foreign ministry advised its citizens not to travel to the island nation off the tip of India.

Late on Thursday, Sri Lanka’s health ministry drastically revised down its estimated death toll from the coordinated attacks on churches and luxury hotels in and around Colombo. A statement said “approximately” 253 people had died, nearly one-third lower than the police’s estimated death toll of 359.

The discrepancy was not immediately explained, but it fit a pattern of claims and counterclaims by Sri Lankan officials that have muddled the investigation.

In a predominantly Muslim area of Colombo’s Maligawatta neighborhood, vegetable sellers laid their produce on the sidewalks near the mosques as women in long black chador shopped.

Leaders at the neighborhood mosques said they planned still to hold Friday noon prayers. They said both the police and volunteers would be guarding the neighborhood to protect the faithful.

Imtiyas Ahamed, one prayer leader, said he planned to preach about how extremists like the Islamic State group were not faithful Muslims.

“In Islam, it is not said to kill yourself and kill others,” Ahamed said.

As he spoke, men one at a time came into the mosque in the shadow of a cricket stadium to pray. They sat on their knees and bowed toward Mecca, the sweat from their brows falling on the mosque’s purple-and-gray carpet.

Abdullah Mohammed, 48, another Muslim from the neighborhood, stood outside.

Ahamed also urged people not to think all of Sri Lanka’s Muslims were like the people who carried out Sunday’s attacks.

“After the New Zealand attack, we don’t think every white Australian is an extremist,” he said.