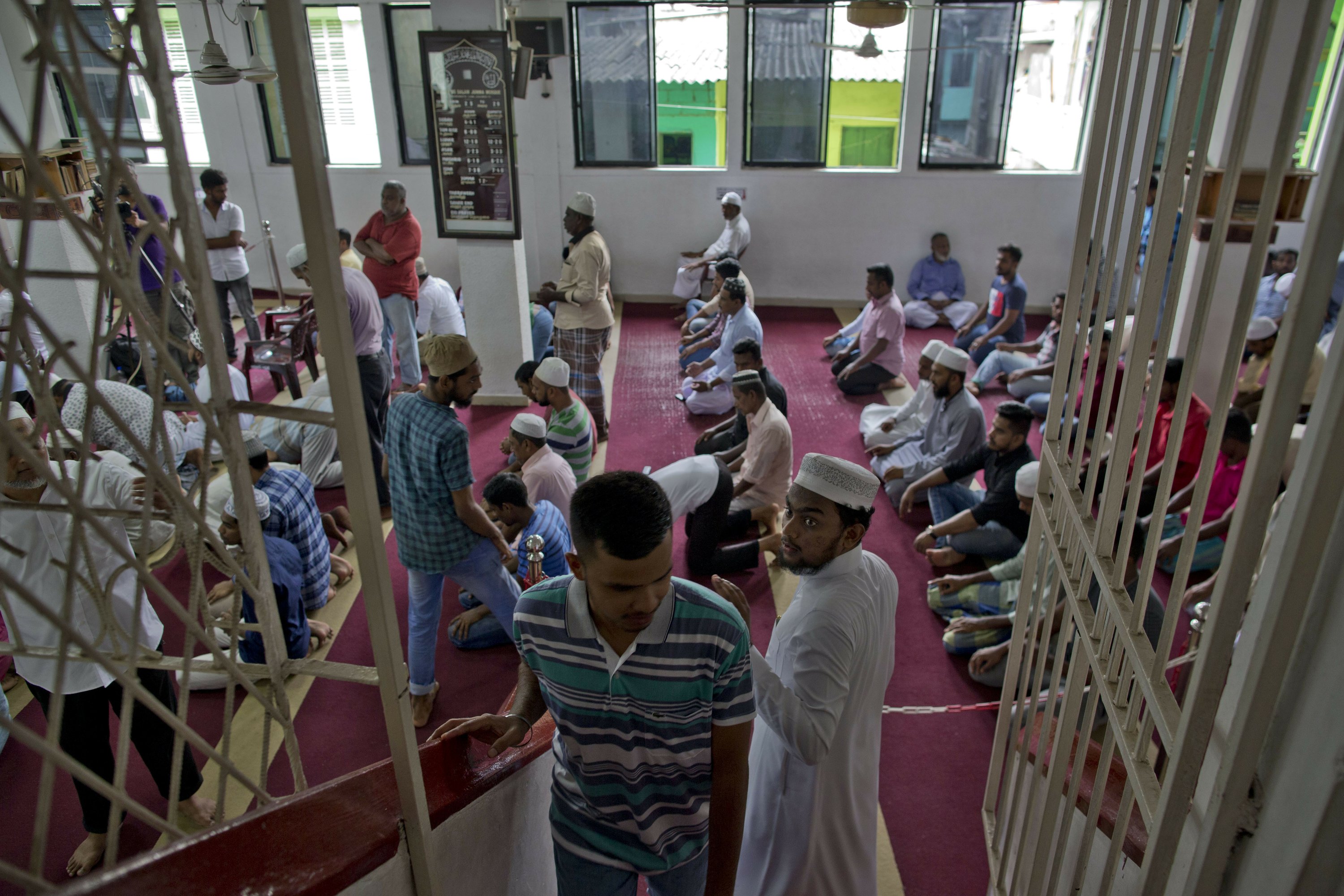 COLOMBO, Sri Lanka — At 12:10 p.m. Friday, men and boys in a Muslim neighborhood in Sri Lanka’s capital did something everyone had warned them not to do: They came together to pray.

Hundreds gathered at the Masjidus Salam Jumma mosque for their communal Friday prayers, one of many mosques that conducted services despite warnings of more bomb attacks by Islamic State-claimed militants.

And while praying through tears to Allah to help their fellow countrymen, all stressed one thing. The Easter attacks targeting churches and hotels that killed at least 250 people came from people who didn’t truly believe the teachings of Islam.

They are “not Muslims. This is not Islam. This is an animal,” said Akurana Muhandramlage Jamaldeen Mohamed Jayfer, the chairman of the mosque. “We don’t have a word (strong enough) to curse them.”

Up until the call to prayer echoed through Colombo’s Maligawatta neighborhood at noon, it wasn’t certain the community would be able to pray. On Thursday, the U.S. Embassy in Sri Lanka issued a stark warning over Twitter that places of worship could be targeted by militants through the weekend. Sri Lankan Prime Minister Ranil Wickremesinghe also told The Associated Press he feared some of the suspects “may go out for a suicide attack” and local authorities urged Muslims to pray at home.

But Friday prayers hold a special importance to Muslims as the Quran has its own chapter on the worship called “Al-Jumah,” or Friday in Arabic.

“When the call is made for prayer on Friday, hurry toward the remembrance of Allah, and leave all business,” the Quran commands.

For Muslims, Friday prayers means dressing in their nicest clothes and communing with others, often sharing a meal after listening to the imam and praying.

The day carries the same significance for Muslims in Sri Lanka, where Arab traders brought Islam in the 7th century. Today, nearly 10% of Sri Lanka’s 21 million people are Muslim.

In the hours before, community leaders decided that women should stay home for the prayers because of the threat. It remained unclear if they would hold the prayers, even as young men stopped in the mosque for a moment of quiet prayer, their sweat dripping from their brows as they bowed down on the purple-and-gray carpeting.

But as the time drew closer, they decided to hold them. Sri Lankan police officers armed with Kalashnikov rifles stood guard around the mosque, blocking the street. Organizers posted young volunteers to watch surrounding streets above the mosque, near a major cricket stadium.

Inside the mosque, a young man worked on its internal security cameras, one hanging above wooden carvings of Arabic calligraphy and copies of the Quran. Jayfer said they had been installed two years earlier, but they needed repair “given what’s happening.”

When the electronic clock struck 12:10 p.m., a caller got on the loudspeaker, saying “Allah akbar,” or God is great. Men and boys quickly filled two floors of the mosque and part of a third as Imam Mohamed Imran stood before them on the minbar, the pulpit from which he preached.

In English and later Tamil, Imran reminded the congregation they remain a minority in Sri Lanka, that they need to pray and ask for God’s help.

As the sermon ended, he offered a prayer, growing emotional as he asked for God for help. Several men in the congregation cried.

Then they bowed toward Mecca and its cube-shaped Kaaba, finishing their prayers and walking safely out of the mosque into the street below. A new sign in Sinhala hung by the mosque outside offered condolences, saying that just because the attackers had Arab names didn’t make them Muslims.

“It is our country. We are Sri Lankans,” Jayfer said. All “Sri Lankans have a duty to be calm and quiet. (There) has to be peace.”