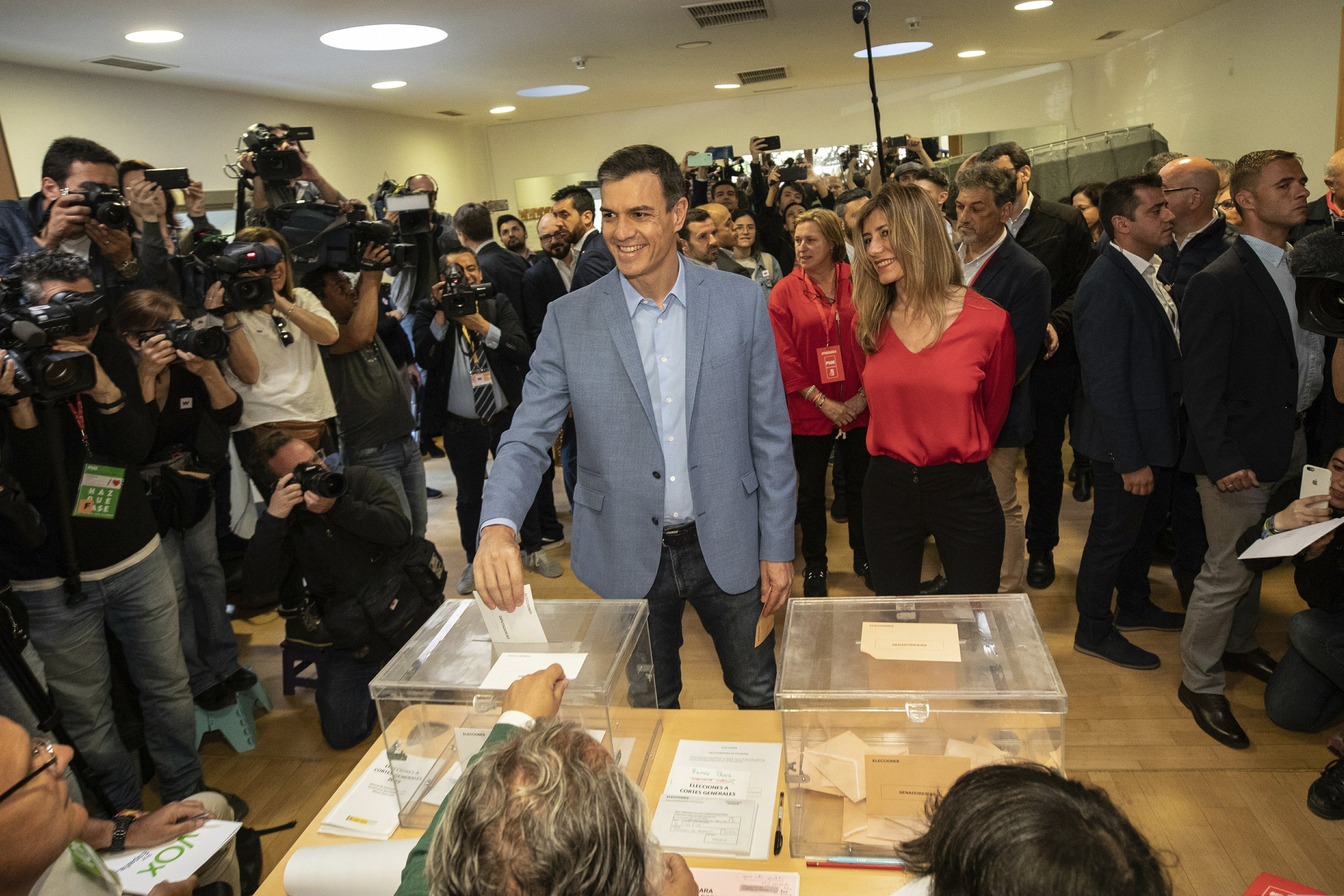 MADRID — A divided Spain is voting in its third general election in four years, with all eyes on whether the rise of conservative nationalism will allow the right wing to unseat the prime minister.

The incumbent Pedro Sánchez is set to win the most votes, but his Socialists seem far from scoring a majority in parliament to form a government on their own.

The fragmentation of the political landscape is the result of austerity that followed a recession, disenchantment with bipartisan politics and the recent rise of far-right populism.

Sánchez called Sunday’s ballot after a national budget proposal was rejected in the lower chamber by the center-right-conservative opposition and Catalan separatists pressing for self-determination in their northeastern region.

Polls a week ago found that about one third of the nearly 37 million eligible voters hadn’t decided how they would vote. Their decision, and the high expected turnout, could swing the result between the left and right wing blocs that have taken shape during the electoral race.

The anti-austerity United We Can party has offered to enter a coalition with the Socialists, but they might need to rely on smaller parties, including the Catalan separatists.

On the splintered right, three parties are competing for leadership: the once-dominant conservative Popular Party, the center-right Citizens, and the upstart national-populist Vox, which is set to grab about one tenth of parliamentary seats. The party has currently none.

Speaking Sunday shortly after casting his ballot, Sánchez said he wanted the ballot to yield a parliamentary majority that can undertake social and political reforms in the country.

The prime minister said he wanted the lower house to support “a stable government that with calmness, serenity and resolution looks to the future and achieves the progress that our country needs in social justice, national harmony and political cleansing.”

Up for grabs are the 350 members of the Congress of Deputies, who then choose a government, and also 208 senators for the Upper House.