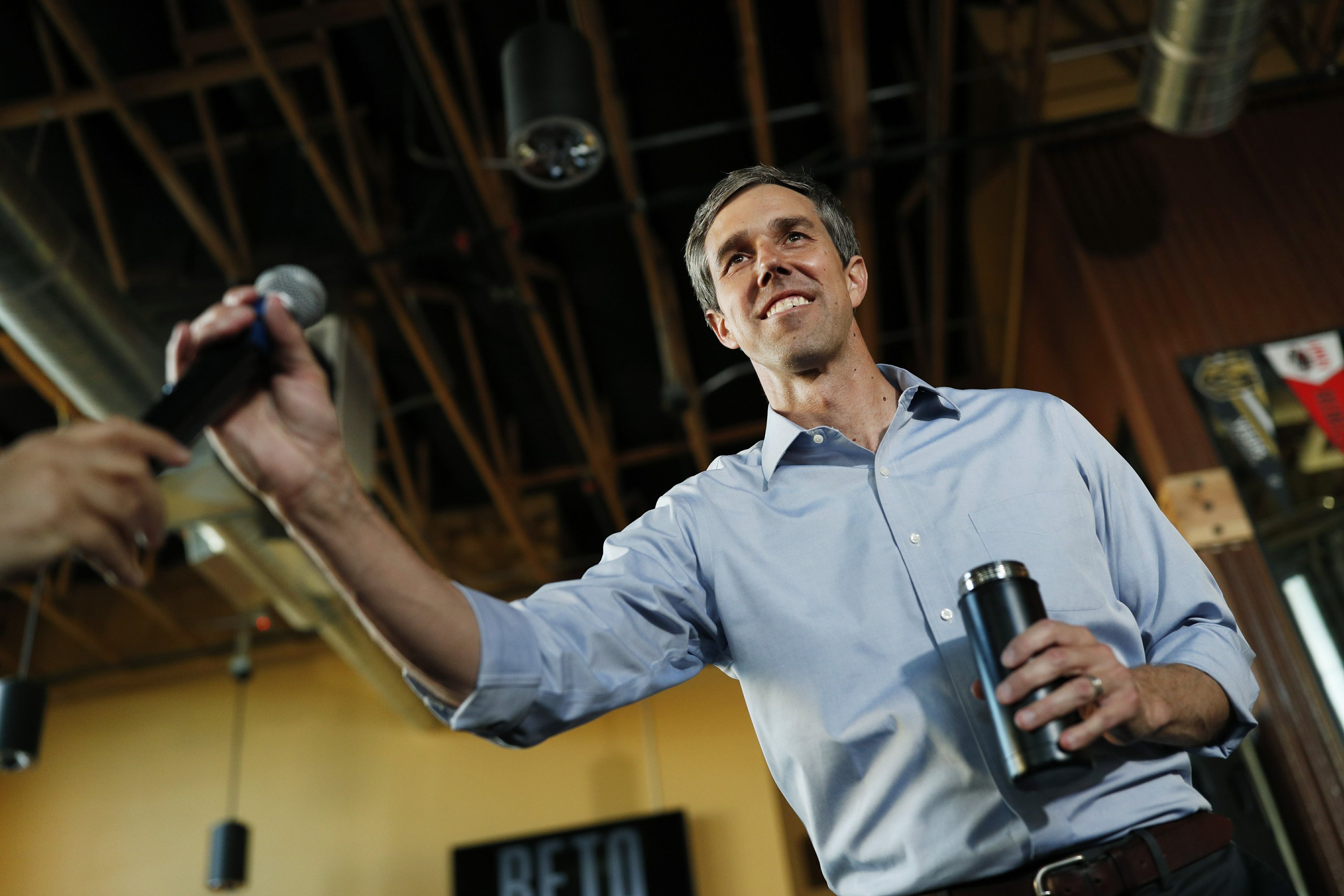 EL PORTAL, Calif. — Democratic presidential candidate Beto O’Rourke has announced his first major policy initiative, a $5 trillion plan to combat climate change that he says will keep the Earth from sliding past the point of no return in less than a generation.

The former Texas congressman unveiled his proposal on Monday before a tour of California’s Yosemite National Park, a dramatic backdrop for a move he hopes can jumpstart a campaign that began to much national fanfare but has seen some of that luster fade in recent weeks.

The plan calls for increasing taxes on “corporations and the wealthiest among us” and “ending the tens of billions of dollars of tax breaks currently given to fossil fuel companies” while offering federal grants to encourage innovative improvements in housing and transportation.

It includes $1.5 trillion in direct federal funding, while seeking to incentivize an additional $3.5 trillion from states, private capital and other sources over 10 years to improve aging infrastructure nationwide and to take “significant actions to defend communities” preparing for intensified floods, droughts, hurricanes, fires and other natural disasters fueled by a changing climate.

Like others in the packed field of Democrats seeking the White House, O’Rourke promised to sign climate change-fighting executive orders on the first day of his presidency — including rejoining the 2016 Paris Agreement, from which President Donald Trump withdrew the U.S.

And, aligning with the Green New Deal, an ambitious but longshot initiative backed by some of the most liberal Democrats in Congress, O’Rourke’s proposal calls on the U.S. to guarantee net-zero carbon emissions by 2050, while promising to reach half that goal in just the next 11 years.

“The greatest threat we face — which will test our country, our democracy, every single one of us — is climate change,” O’Rourke said in a statement.

He has for weeks warned that the U.S. and the world only have a few years to act before damage to the climate becomes nearly irreversible, and he called the issue his top priority.

O’Rourke’s plan will find a receptive audience in California. The state has set a goal of generating 100 percent of its electricity from noncarbon sources by 2045 and achieving “carbon neutrality,” meaning it takes as much carbon dioxide out of the air as it emits.

The announcement comes amid O’Rourke’s first visit as a presidential candidate to California, a state that’s experiencing more destructive and deadlier wildfires due in part to climate change. A blaze last summer caused a partial shutdown of Yosemite, and O’Rourke on Sunday met privately with firefighters in Mariposa County who battled it for weeks.

Shunning the lucrative fundraisers that commonly bring presidential contenders to California, O’Rourke drove hours from San Francisco, where he held a town hall on Sunday, to Mariposa, home to fewer than 20,000 people and, in the 2016 presidential primary, only about 6,000 voters.

He was similarly likely to encounter few voters on his early morning walking tour of Yosemite, designed to learn about the effects of climate change on the park, 1,200 square miles (3,100 square kilometers) known globally for breathtaking waterfalls and giant sequoia trees. He then planned to drive to the Central Valley to meet with college students, a staple of his campaign.

The trip is consistent with the do-it-yourself campaign style that gave O’Rourke an unorthodox credibility with supporters in Texas and beyond. Californians contributed more than $5.5 million to his unsuccessful Senate bid last fall, second only to Texans in giving to the campaign.

“It is unusual to come to California, where there are so many Democratic donors, and decide not to raise money,” said Rose Kapolczynski, who managed former U.S. Sen. Barbara Boxer’s campaigns. “Maybe he’s doing so well online that he thinks he can not raise money on this trip and try to make a point of wanting to talk to people instead.”

O’Rourke opened his campaign last month to large crowds in key early states such as Iowa and New Hampshire but also in battleground areas that included Pennsylvania, Michigan and Ohio, as well as solid early fundraising. But, as the initial curiosity surrounding the onetime punk rock guitarist has subsided, O’Rourke has seen some of the buzz around his upstart campaign die down.

He may be hoping his I’ll-campaign-anywhere style is novel enough to sprawling California to gain fresh buzz. The state moved its 2020 presidential primary to March with the goal of gaining more sway in the nominating contest. But with nearly 40 million people to reach in California alone, breaking through is tough for any candidate.

“We’re the black hole of politics,” said Bob Mulholland, a Democratic National Committee member from Northern California who is supporting Harris. “Almost anything you do in this state, no one notices.”