The Latest: Maduro supporters urged to defend him 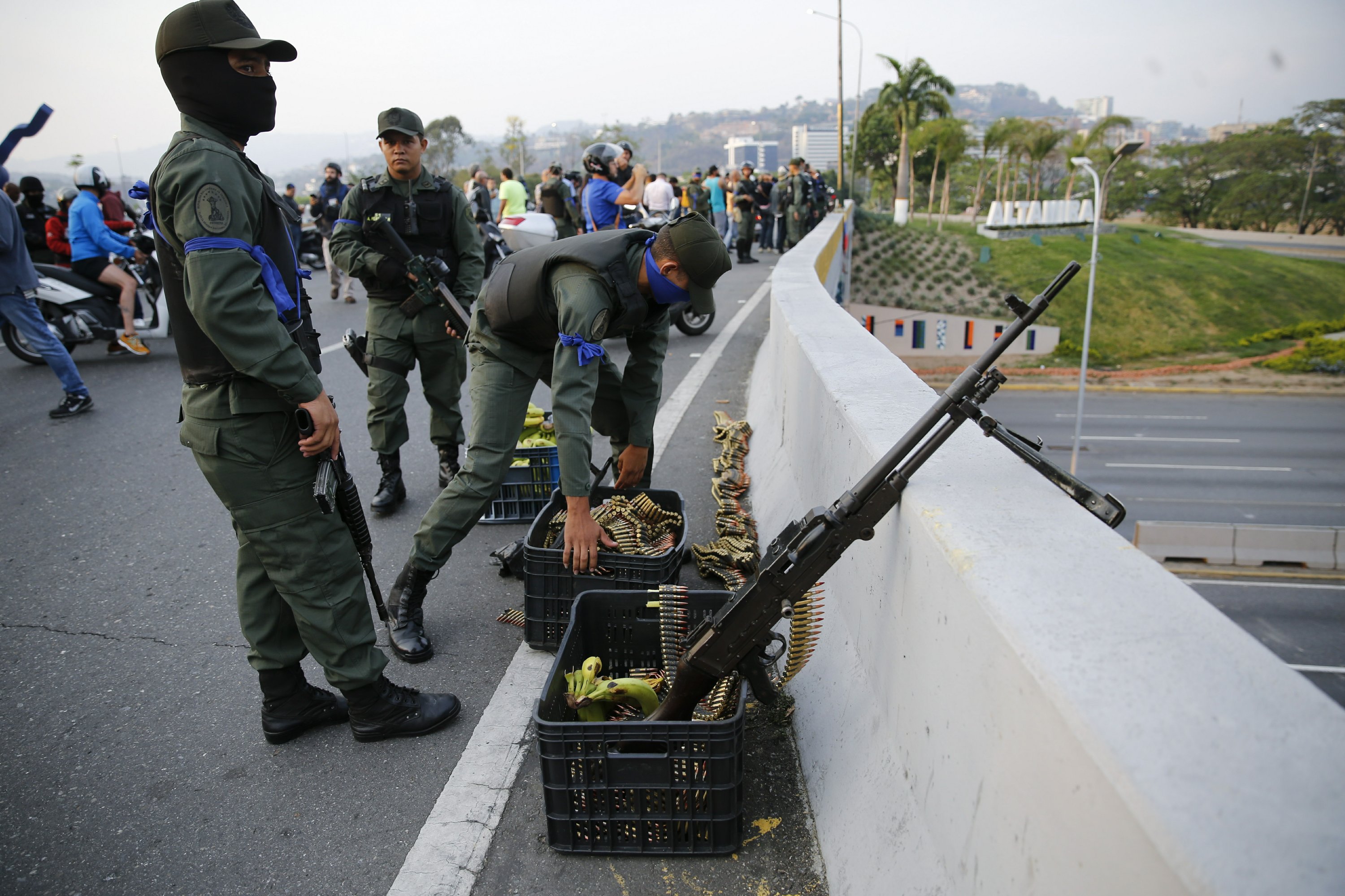 CARACAS, Venezuela — The Latest on the political crisis in Venezuela (all times local):

Venezuela’s socialist party boss, Diosdado Cabello, has called on government supporters to amass at the presidential palace to defend Nicolas Maduro from what he says is a small uprising of traitorous military soldiers backed by the U.S.

His comments in a phone call to state TV came after opposition leader Juan Guaidó appeared in a video with a small contingent of heavily armed soldiers and formerly detained opposition activist Leopoldo Lopez calling for Venezuelans to take to the streets to oust Maduro.

Cabello downplayed the significance of the rebellion, saying Caracas is in calm and that the Carlota air base near where the rebellious soldiers are gathered had not been touched.

The father of prominent Venezuelan opposition leader Leopoldo López says he is expecting a military and popular response following the release of his son in Caracas.

“We are going to see a national call to people and the military to end the usurpation and, well, I hope that the usurpation government will end today,” Leopoldo López, Sr., said Tuesday in a brief telephone conversation from the United States.

His son had been under house arrest for leading an anti-government push in 2014. He said Tuesday he had been freed by the military.

The father, who lives in Spain and has become a prominent voice of the Venezuelan opposition in exile, said that the military were obeying a presidential pardon issued by Juan Guaidó, who is leading the opposition against the government of Nicolás Maduro.

The elder López, who is running for a seat in the European Parliament at the end of May, said he couldn’t comment on whether Tuesday’s developments had been coordinated with the United States or other countries that have backed Guaidó.

Venezuelan opposition leader Juan Guaido has taken to the streets with a small contingent of heavily-armed soldiers and detained activist Leopoldo Lopez in a military uprising.

“This is the moment of all Venezuelans, those in uniform and those who aren’t,” said Lopez in his first public appearance since being detained in 2014 for leading anti-government protests. “Everyone should come to the streets, in peace.”

The comments by Lopez came moments after Guaidó appeared in an early morning video shot at a Caracas air base surrounded by several heavily armed soldiers and armored vehicles.

Guaido said soldiers who had taken to the streets were protecting Venezuela’s constitution. He made the comments a day before a planned anti-government rally.

Tear gas was fired at a highway overpass next to the Caracas air base where several heavily-armed soldiers with a blue band wrapped around their forearms had been standing guard. The tear gas appeared to have been fired from inside the air base.

Venezuela’s government said it is putting down a small coup attempt by military “traitors” working with right-wing opponents.

Information Minister Jorge Rodriguez’s comments on Twitter came after opposition leader Juan Guaidó called for a military uprising in a video that showed him surrounded by heavily armed soldiers and accompanied by detained activist Leopoldo Lopez at a Caracas air base.

Venezuelan opposition leader Juan Guaido has called for a military uprising, in a video shot at a Caracas air base showing him surrounded by soldiers and accompanied by detained activist Leopoldo Lopez.

In the three-minute video shot early Tuesday, Guaido said soldiers who took to the streets would be acting to protect Venezuela’s constitution. He made the comments a day before a planned anti-government rally.

“The moment is now,” he said, as his political mentor Lopez and several heavily armed soldiers backed by a single armored vehicle looked on.

Lopez has been under house arrest for leading an anti-government push in 2014.