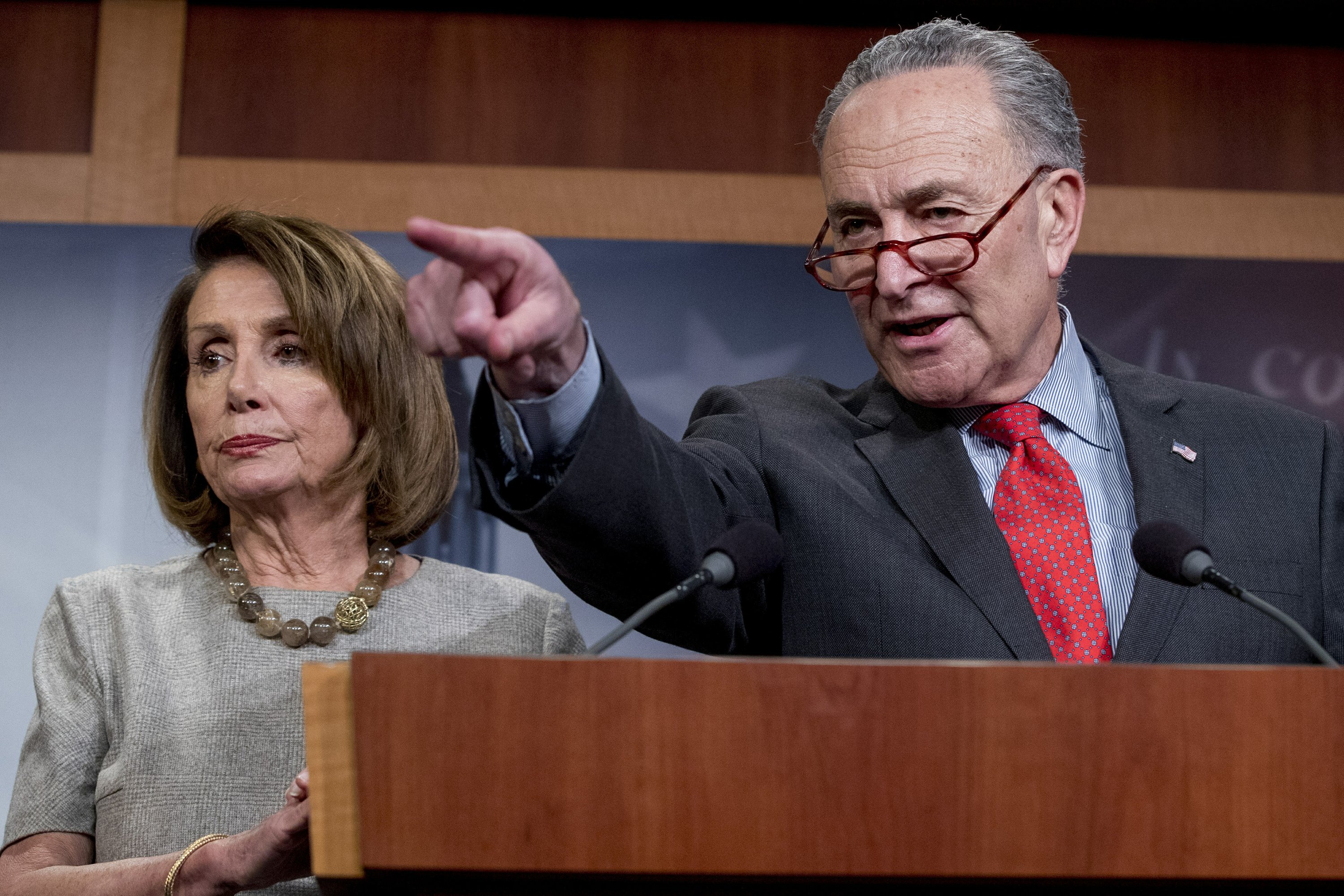 WASHINGTON — The last time President Donald Trump sat down with House Speaker Nancy Pelosi and Senate Democratic leader Chuck Schumer, the president walked out in a huff and dismissed their government shutdown talks as a “total waste of time.”

Nearly four months later, the leaders are at coming together again Tuesday, this time in search of a plan to fix the country’s crumbling infrastructure. It’s seen as the one issue with the best chance for the two sides to work together this Congress — and even that isn’t given good odds for a fruitful ending.

The meeting plays out against the backdrop of high tensions over escalating Democratic investigations following the release of special counsel Robert Mueller’s report into Russian meddling. Lawmakers and the president also have on eye on the 2020 elections, meaning every provision of an infrastructure package — including how to pay for it — will be made with that in mind.

More than one “infrastructure week” already has come and gone over the past two years with nothing to show for it. Still, advocates for an infrastructure package boost see a narrow window for action.

“I think a deal can be had if everybody is willing to put their battle axes away for a period,” said former Republican Rep. Bill Shuster of Pennsylvania, who served as chairman of the House’s transportation committee for six years.

A compromise could offer political benefits to both sides. Trump’s re-election prospects are tied to a strong economy that would get another boost from new road and bridge projects. House Democrats have passed an array of bills that have gone nowhere in the GOP-controlled Senate.

Pelosi has dozens of new Democratic House members who won in competitive districts, said Shuster, and “they need to be able to go home next year and say they’ve accomplished something.”

But the two sides also have some competing priorities that will complicate matters. The president and Republican leaders want to speed up the permitting process for building energy and transportation projects and that’s not on most Democratic lawmakers’ to-do lists. Democrats are looking for ways to pay for greater infrastructure spending without adding to the national debt, and that could mean higher fuel taxes.

The Trump White House has sent conflicting signals on that issue. On Friday, the president tweeted that California’s recent 12-cent increase in the state’s gas tax was “causing big problems on pricing for that state. Speak to your Governor about reducing.” When asked if Trump could support a higher federal gas tax, economic adviser Larry Kudlow said Monday, “He hasn’t made up his mind on any of that yet.”

Pelosi and Schumer on Monday sent Trump a letter setting out their priorities, including a call for “substantial, new and real revenue” and investments to make infrastructure more resilient to climate change. Neither of those bolsters confidence in prospects for a deal. Several Democratic lawmakers from committees with jurisdiction on infrastructure issues are also expected to attend the White House meeting, but no Republican lawmakers.

Committees in both chambers of Congress have started to lay the groundwork for an infrastructure bill through hearings, with Democratic lawmakers hoping to have legislation ready for consideration by June or July.

The House Transportation and Infrastructure Committee will give every House lawmaker a chance to share their infrastructure priorities on Wednesday.

Then, the committee’s chairman, Rep. Peter DeFazio, D-Ore., will lead a delegation to visit a dilapidated, century-old tunnel that connects New Jersey and New York. Experts say a new tunnel is essential to ensuring reliable rail travel throughout the Northeast, but the price tag will be steep.

The infrastructure issue has aligned the nation’s top business groups and unions, a rarity in Washington. The U.S. Chamber of Commerce has proposed increasing the federal fuel tax 5 cents a year for five years, then allowing it to increase with inflation. The federal tax on gasoline now stands at 18.3 cents per gallon and at 24.3 cents per gallon for diesel fuel. The last time the federal gas tax went up was in 1993.

Ed Mortimer, a vice president at the U.S. Chamber of Commerce, said the group would have the back of lawmakers who face criticism back home for supporting a higher federal gas tax.

“We’re going to support any elected official willing to have a serious discussion and vote to raise revenue for infrastructure,” Mortimer said.

Rep. Earl Blumenauer, D-Ore., plans to introduce a bill incorporating the chamber’s wishes to gradually raise the fuel tax by 25 cents and then allow the tax to rise with inflation. The bill will also call for eventually replacing the gas tax in favor of a system where drivers pay a user fee based on distance traveled.

“That’s the ultimate solution. We can’t do that in less than 10 years, but we need to lay the foundation for it,” Blumenauer said.

So far this year, Alabama, Arkansas, Ohio and Virginia have enacted gas tax increases, although Virginia’s only applies to a portion of the state. Some 30 states have done so since 2013. Blumenauer said many of the states that approved gas tax increases are led by Republicans, and he hopes they’ll make their voices heard to Congress.

But it’s unclear whether Blumenauer will get support from Republican members of Congress, or even top Democratic leaders.

Schumer advocated Monday for rescinding portions of the tax cut bill Republicans passed in 2017 to pay for infrastructure.

“By reversing only the most egregious giveaways in President Trump’s tax bill, those given to the wealthiest of the wealthy, and raising the corporate tax cut a smidge we could finance the entirety of a $1 trillion infrastructure bill,” Schumer said.