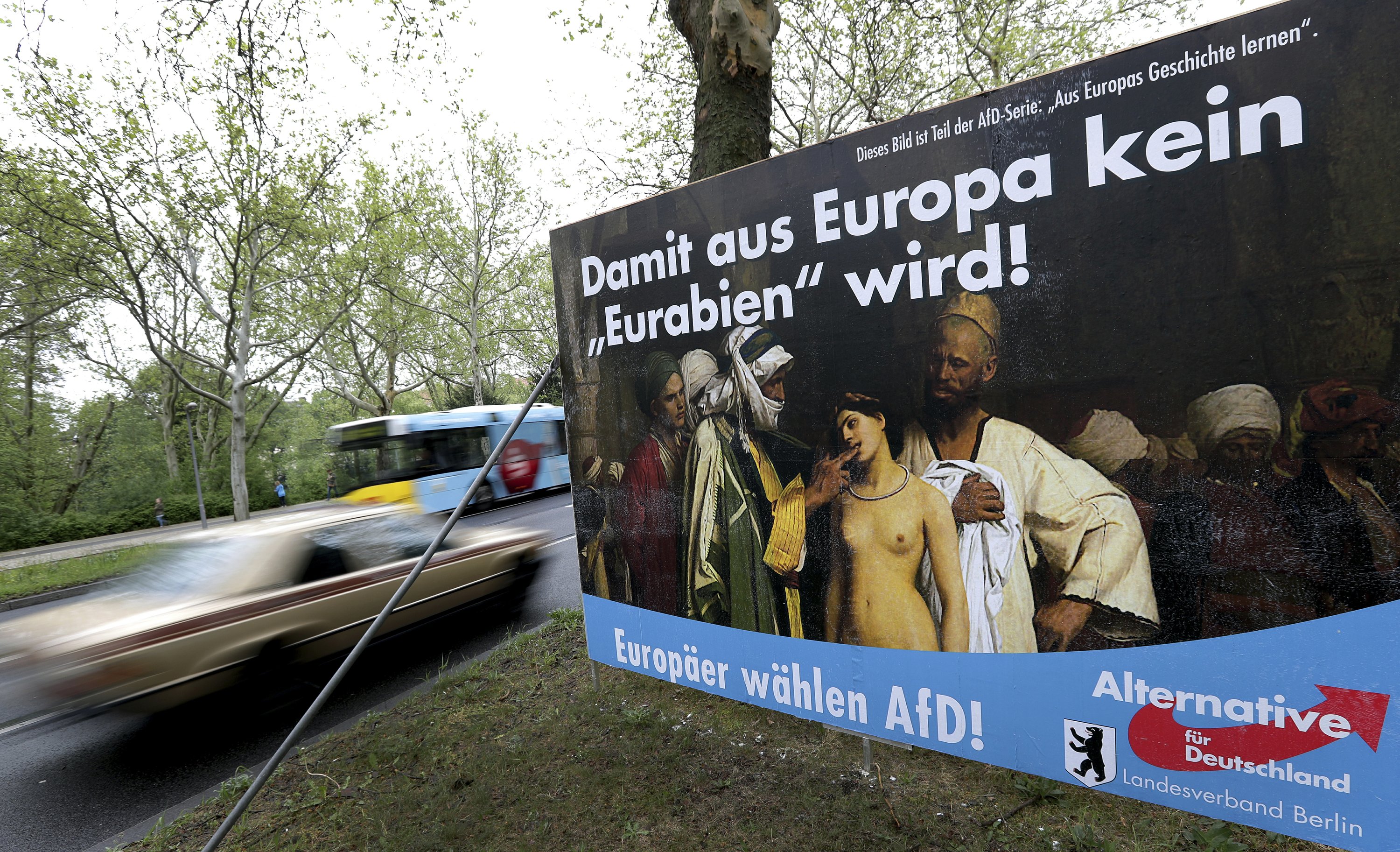 BERLIN — An American art museum is demanding that a German far-right party stop using one of its paintings, portraying a 19th-century slave auction, in a campaign poster for the European elections.

“We are strongly opposed to the use of this work to advance any political agenda,” Olivier Meslay, the director of the Clark Art Institute in Williamstown, Massachusetts, told The Associated Press. “We did not supply the painting to the AfD,” he said, using the acronym for the party Alternative for Germany.

The 1866 oil-on-canvas painting “Slave Market,” by Jean-Leon Gerome, shows a black, apparently Muslim slave trader displaying a naked young woman with much lighter skin to a group of men for examination.

The AfD’s Berlin branch said they put up 30 posters of the painting across the German capital with the slogan: “So that Europe won’t become Eurabia.”

The party, known for its anti-Muslim stance, said it won’t take down any of the posters.

Meslay said the museum had written to the party “insisting that they cease and desist in using this painting.” However, he acknowledged, the painting is in the public domain and “there are no copyrights or permissions that allow us to exert control over how it is used other than to appeal to civility on the part of the AfD Berlin.”

A spokesman for the Berlin branch of the AfD called the museum’s request “a futile attempt to gag the AfD.”

“The German public has the right to find out about the truth about the possible consequences of illegal mass immigration,” said Ronald Glaeser. He did not explain further.

The AfD and other far-right groups have blamed Chancellor Angela Merkel’s decision to allow in hundreds of thousands of asylum-seekers from war-torn countries like Syria, Iraq and Afghanistan for multiple social problems.

Some far-right supporters argue that migrants are responsible for an increase in serious crimes, especially attacks on women. Last summer they paraded through the eastern town of Chemnitz carrying posters of German women they allege were killed by migrants.

Glaeser complained that opponents of the AfD have been continually destroying this and other campaign posters in Berlin and that party workers have had to repeatedly put up new copies, only to see them destroyed again the following night.

The AfD was founded in 2013 and elected to Germany’s national parliament for the first time in 2017.