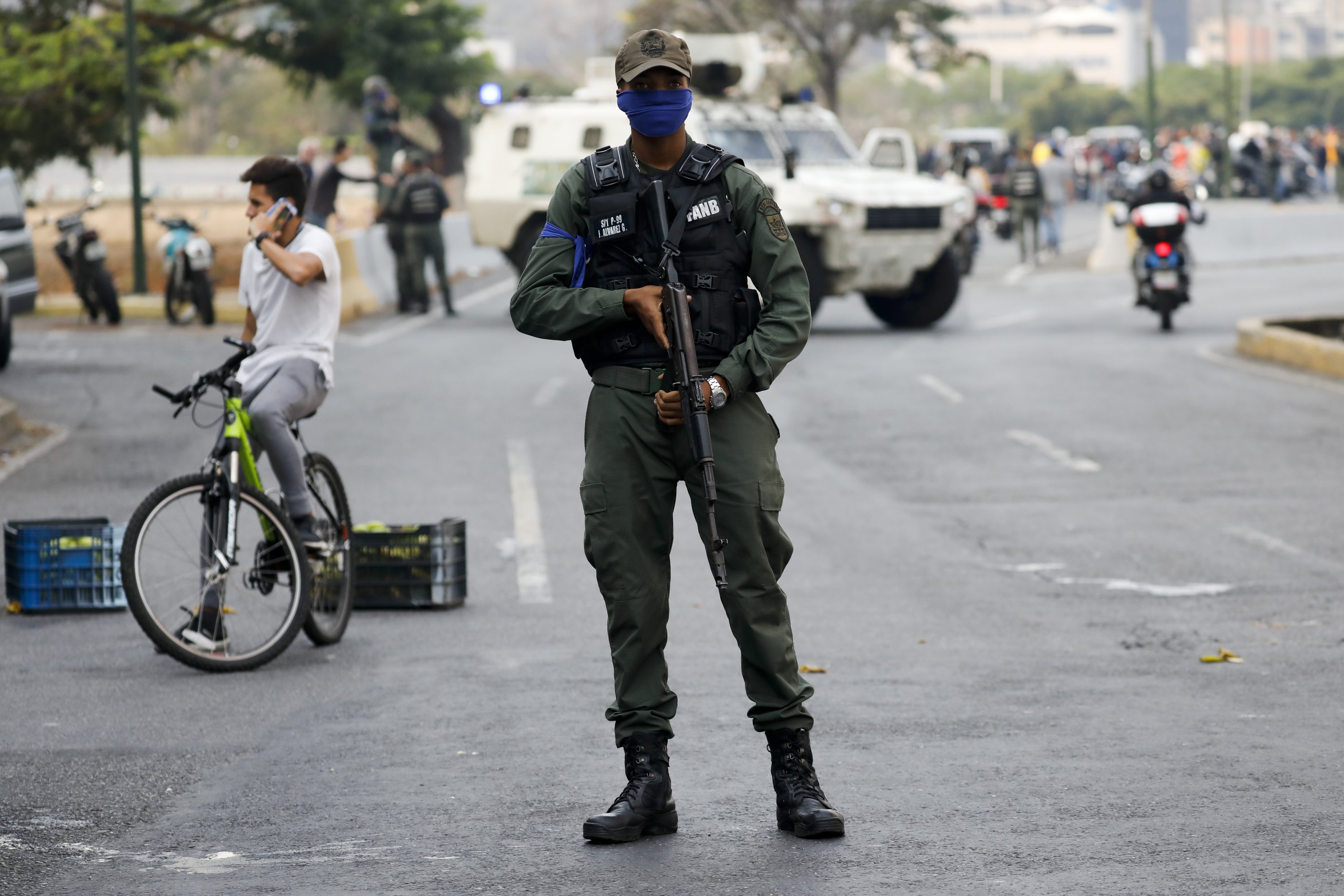 CARACAS, Venezuela — Venezuelan opposition leader Juan Guaido has taken to the streets with detained activist Leopoldo Lopez and a small contingent of heavily armed soldiers in a military uprising.

“This is the moment of all Venezuelans, those in uniform and those who aren’t,” said Lopez in his first public appearance since being detained in 2014 for leading anti-government protests. “Everyone should come to the streets, in peace.”

Lopez said he has been freed by the military.

Moments earlier, Guaidó appeared in an early morning video shot next to a Caracas air base surrounded by several heavily armed soldiers backed by a few armored vehicles

Guaido said soldiers who had taken to the streets were protecting Venezuela’s constitution. He made the comments a day before a planned anti-government rally.

Tear gas was fired at a highway overpass near the Caracas air base where Guaidó and several heavily armed soldiers with blue bands wrapped around their forearms had been standing guard.

The tear gas appeared to have been fired from inside the Carlota air base.