AP PHOTOS: Workers of the world, uniting on May Day 2019 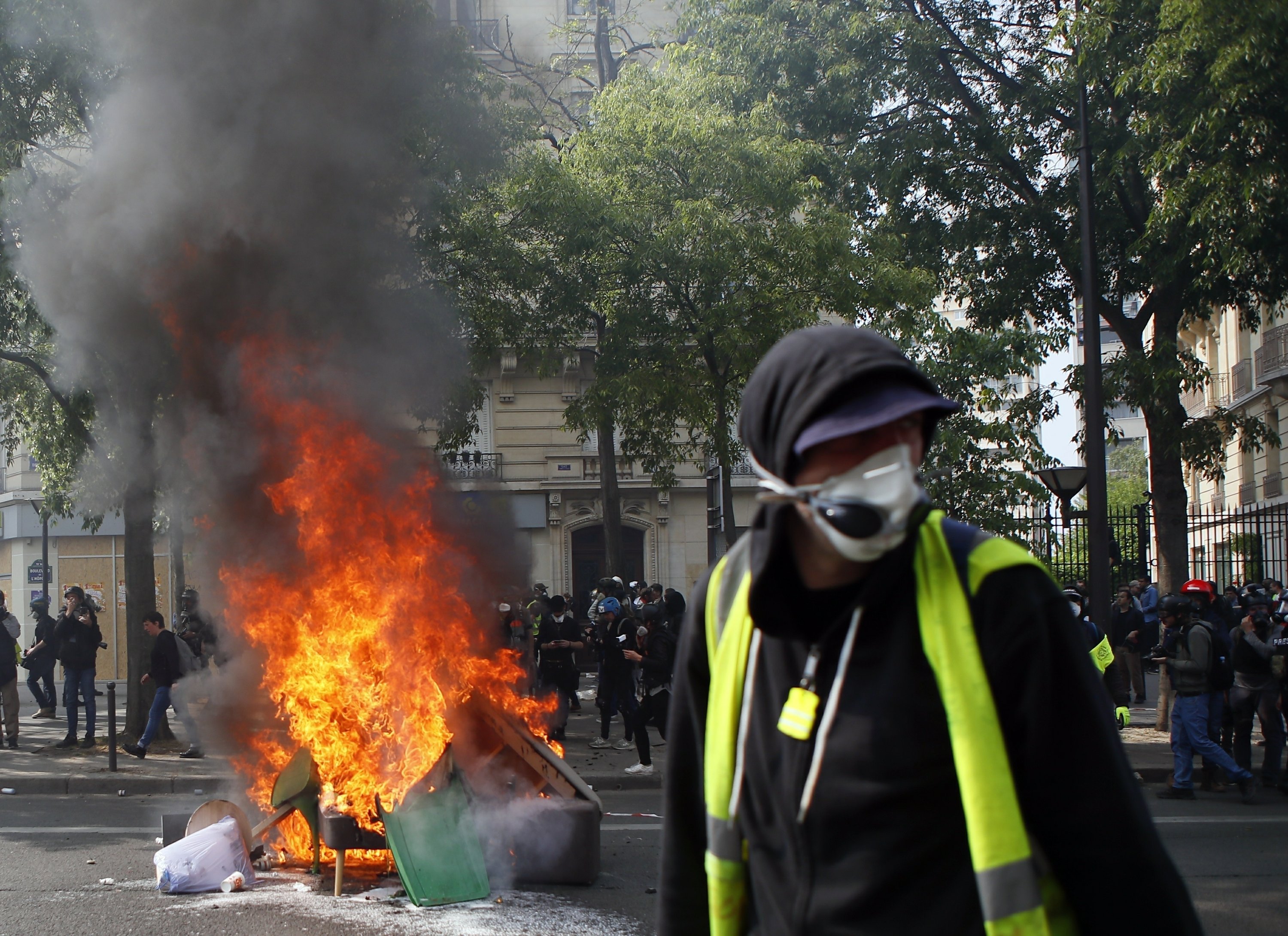 PARIS — Recognizing the contributions and struggles of laborers on May 1 has roots in late 19th-century Chicago, but there was a timeless quality to some International Workers’ Day observances held around the world Wednesday.

The labor unions behind the first May Day considered an 8-hour work day a cause worth striking for during the second industrial revolution. In 2019, workers marched through Hong Kong to demand a maximum work week of 44 hours, in Jakarta for a higher minimum wage, in Taiwan for more time off and in Dhaka, the capital of Bangladesh, for maternity leave and protections against sexual abuse in the workplace.

Socialist parties picked May 1, 1889, as labor day to commemorate a Chicago rally three years earlier that brought a police crackdown, a mysterious bomb, at least 11 deaths and the subsequent executions of the rally’s anarchist organizers.

On Wednesday in France, clusters of people wearing the black hoods and masks of modern-day anarchists pelted riot police with rocks and set trash cans on fire while darting in and out of a May Day march in Paris. France deployed 7,400 officers to protect the capital and other protesters from the violence.

And like the trade unionists of old who championed the rights of working classes off the job, activists in Europe, Africa and Asia this year promoted political platforms, opposed construction projects and looked ahead to the next elections.

Pope Francis offered a May Day prayer for people experiencing the “global tragedy” of unemployment.