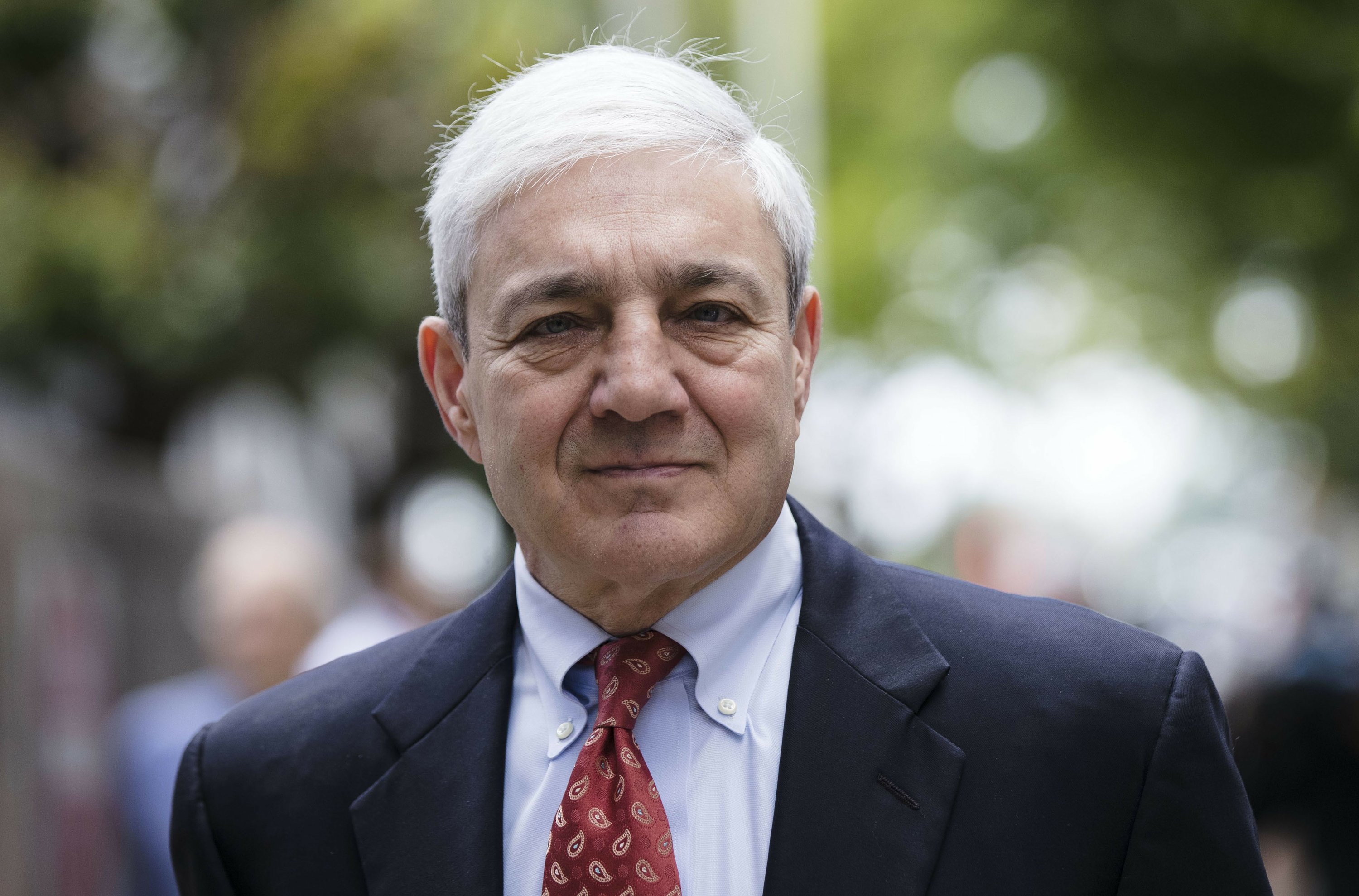 HARRISBURG, Pa. — Former Penn State President Graham Spanier’s success this week in getting his child-endangerment conviction overturned capped a seven-year fight to save his reputation and stay out of jail, a period during which he has been richly compensated by the university he once ran.

Spanier no longer has an office on campus and is not teaching, but he still collects a salary as a tenured professor on administrative leave. Penn State won’t say what it pays him, and the school is largely exempt from the state open records law.

What is known is that Spanier collected several million dollars from the school in the years immediately after his ouster as president in 2011.

Hours before he was to report to jail to serve two months, a federal judge late Tuesday threw out his misdemeanor conviction for failing to tell police or child-welfare authorities of an eyewitness’ account in 2001 that Jerry Sandusky, a former assistant football coach, was abusing a boy in a team shower.

The judge said Spanier, 70, should not have been charged for 2001 actions under revisions to the law enacted in 2007, and gave prosecutors three months to retry him. On Wednesday, state Attorney General Josh Shapiro said he would appeal.

Spanier “was personally advised that children were being sexually abused on school property. We proved that in court,” Shapiro said.

The Sandusky scandal led Penn State to fire hall of fame coach Joe Paterno two months before he died, and has cost the school more than a quarter-billion dollars in settlements, fines, legal costs and other expenses.

Spanier was also forced out as president in November 2011, shortly after Sandusky’s arrest, and was himself charged a year later with a criminal cover-up. In 2017, he was convicted of a single misdemeanor count of child endangerment.

Under a separation agreement, Spanier was able to collect a total of about $3.7 million in salary as a tenured professor through the fall of 2017. Since then, he has been paid a salary the school will not disclose.

Spanier actively lobbied to keep Penn State — a state-related university owned by its board but supported by millions in annual state subsidies — from being fully covered by the Pennsylvania Right-to-Know Law. Under changes enacted in 2008, Penn State and other state-related universities are only required to disclose salaries of their 25 highest-paid employees and some other financial data.

Anthony Lubrano, a former Penn State trustee critical of how the school’s administration handled the Sandusky scandal, said Spanier deserves whatever the university has paid him.

“I think Spanier’s payments over the last seven years, as far as Spanier’s concerned, were very justified,” Lubrano said. “His reputation has been irreparably harmed, and you don’t get that back.”

In a 2016 lawsuit against Penn State, Spanier’s lawyers noted the 2011 separation agreement directed the school to pay all attorneys’ fees and expenses related to his termination as president and to the grand jury presentment used to charge Sandusky.

How much that has amounted to is unclear, although by 2013 the school said legal defense for “indemnified persons,” including Spanier, former Athletic Director Tim Curley and former Vice President Gary Schultz, had already cost it $6 million. Curley and Schultz both pleaded guilty to child endangerment and served short jail terms.

Spanier is a tenured professor of human development and family studies, sociology, demography and family and community medicine. A university spokeswoman said Wednesday Spanier does not have assigned office space on campus or elsewhere.

A jury in 2012 found Sandusky guilty of abusing 10 boys over more than a decade, including convictions related to the still-unidentified boy in the shower. He is serving 30 to 60 years in a Pennsylvania state prison and was recently granted a new sentencing. Some of his victims were found to have been abused after the report of what happened in the shower.