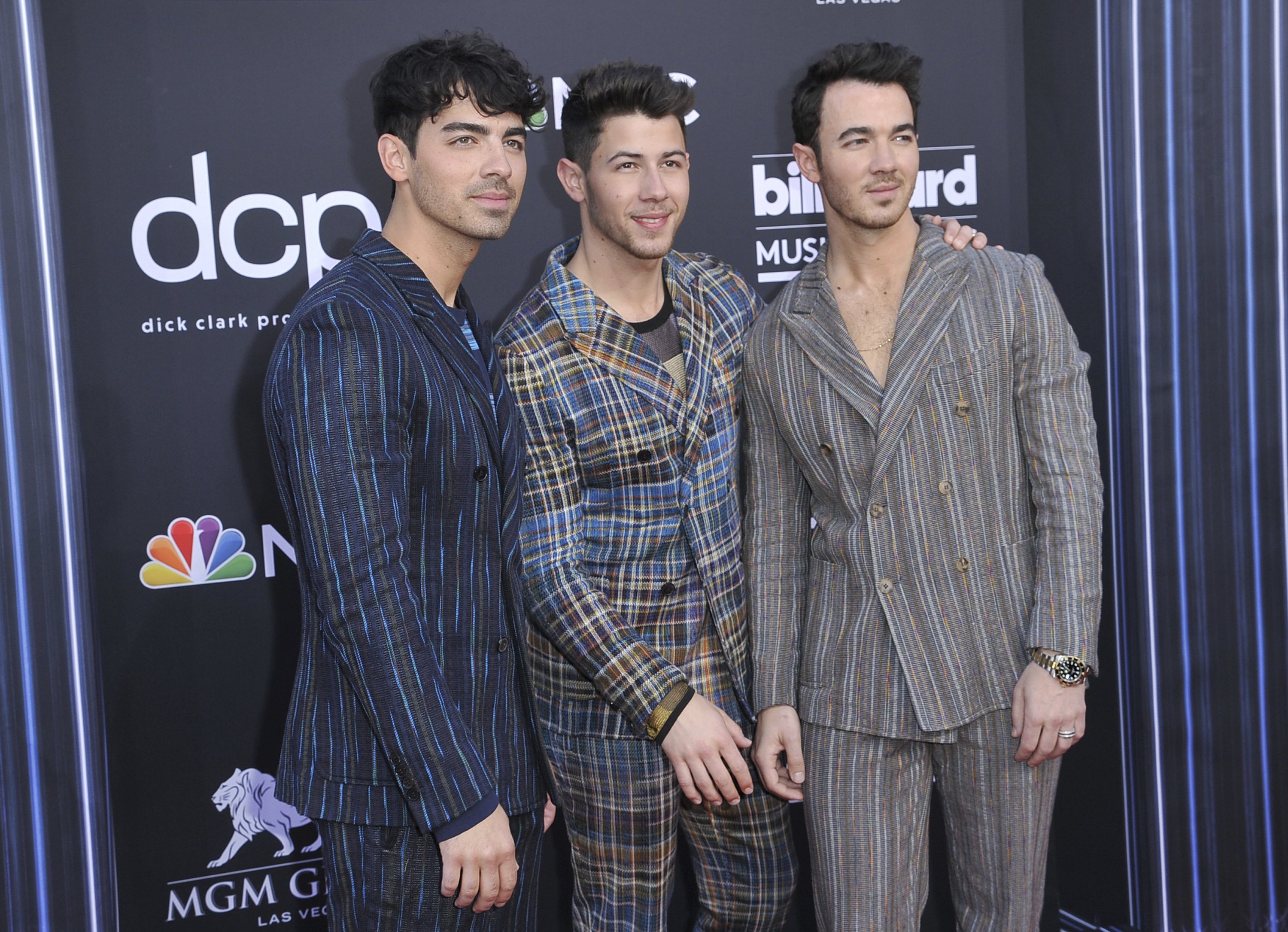 LAS VEGAS — The Latest on the 2019 Billboard Music Awards being presented Wednesday at the MGM Grand Garden Arena in Las Vegas (all times local):

The Jonas Brothers have reunited at the Billboard Music Awards after a nearly six-year break by celebrating their solo work and their new single together.

Nick Jonas kicked off their performance with his solo song “Jealous” and was joined by his brother Joe for a version of DNCE’s “Cake By the Ocean.” Brother Kevin came out for a fiery performance of their new single “Sucker.”

The trio, who also just announced a new tour, had the crowd on their feet dancing and screaming along, including “Game of Thrones” star Sophie Turner, who is engaged to Joe Jonas.

Drake has won Billboard’s Top 200 Album for his chart-topping album “Scorpion,” at the Billboard Music Awards and in the process gave a shout out to a heroic “Game of Thrones” character in his acceptance speech.

The rapper said he always dreamed of doing a double album, which featured hit singles “God’s Plan” and “Nice for What,” but said he will never do it again.

As a parting comment, he applauded “Thrones” character Arya Stark for “putting in that work,” but kept from spoiling the show for those who haven’t seen the latest episode.

Taylor Swift has kicked off the start of her next musical era with a pastel-colored performance of her new upbeat single “ME!” at the Billboard Music Awards.

The pop star was joined by Brendon Urie of Panic! at the Disco, who dropped in from above, along with aerialists hanging from umbrellas, drummers and dancers during the song’s debut at the MGM Grand Garden Arena in Las Vegas.

Swift, a 23-time Billboard Award winner, could continue her run as the most decorated winner in the show’s history.

Taylor Swift is set to kick off the Billboard Music Awards with the debut performance of her new song “ME!” and she could continue her run as the most decorated winner in the show’s history.

Swift, a 23-time Billboard Award winner, will open Wednesday’s show in Las Vegas alongside Brendon Urie of Panic! at the Disco. Swift is also nominated for top female artist and top touring artist.

Cardi B is the leading nominee with 21 and will attend. She will compete for top artist along with Drake — who will also attend — Post Malone, Ariana Grande and Travis Scott.

Kelly Clarkson will host and perform at the show, airing live on NBC at 8 p.m. Eastern. Other performers include Madonna, Maluma, BTS, Paula Abdul, and Mariah Carey.