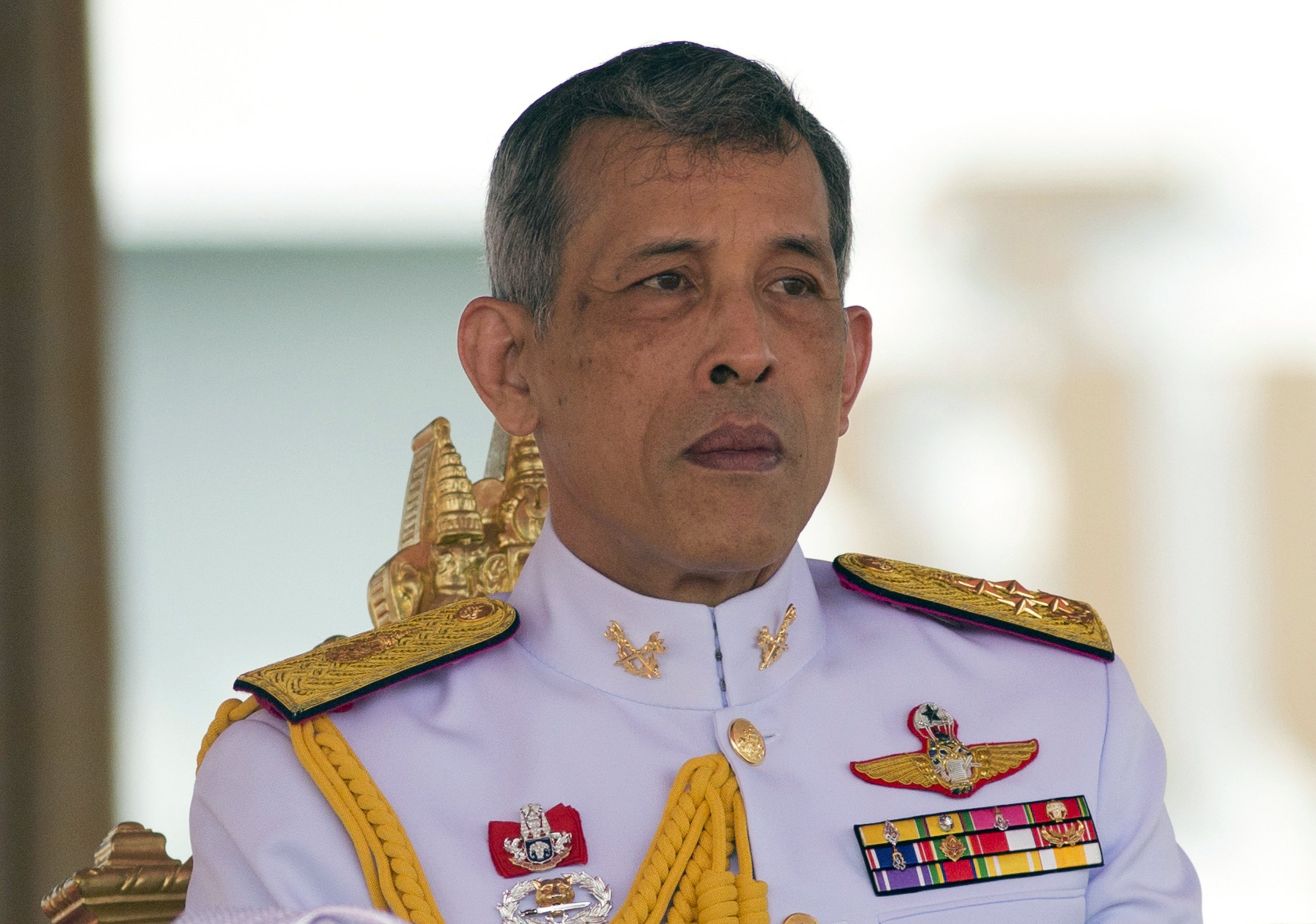 BANGKOK — Three days of elaborate centuries-old ceremonies begin Saturday for the formal coronation of Thailand’s King Maha Vajiralongkorn, who has been on the throne for more than two years.

What Vajiralongkorn — also known as King Rama X, the 10th king of the Chakri dynasty — will do with the power and influence the venerated status confers is still not clear.

The 66-year-old monarch has sent mixed signals. Bursts of assertiveness alternate with a seemingly hands off approach in other matters — a perception girded by the amount of time he spends at a large residence in Germany.

On Wednesday, he suddenly announced his fourth marriage, to a former flight attendant who is a commander of his security detail, and appointed her Queen Suthida. The timing of the announcement, just ahead of his coronation, suggests a new commitment to his royal duties.

But he is likely to remain burdened by old gossip about his personal life that has dogged him since returning from his education in England and Australia. Many Thais are familiar with tales about his alleged exploits while he was crown prince, even though harsh laws mandate a prison term of three to 15 years for anyone found guilty of insulting the monarchy.

Vajiralongkorn early on was pinned with the reputation of a playboy, a trait that even his own mother acknowledged. He has gone through bitter divorces with three women who have borne him seven children.

His father, King Bhumibol Adulyadej — the only monarch most Thais had known when he died in October 2016 after seven decades on the throne — won most of his countrymen’s deep love and respect as an exemplar of rectitude and an avid cheerleader for his country’s economic development. His three sisters are frequently engaged in public service.

“The defining years saw King Bhumibol spending large amounts of time in provincial Thailand, visiting ordinary people,” said Michael Montesano, coordinator of the Thailand Studies Program at Singapore’s ISEAS-Yusof Ishak Institute. “We have yet to see similar behavior on the part of his heir.”

Paul Chambers, a political scientist at Naraesuan University in northern Thailand, finds Vajiralongkorn’s style “more hands off,” even as he has brought more of Thailand’s administration directly under the palace.

Vajiralongkorn’s early actions as king included replacing his late father’s loyalists with his own in key palace posts.

Some of those he fired were called lazy, or arrogant, and in some cases, guilty of “extremely evil behavior.”

“The new king is a very decisive man, and he’s a very daring man, unlike his father,” asserts Sulak Sivaraksa, a conservative social critic. “His father was on the whole, a very quiet person, and he ‘suffered fools (gladly)’ around him. He knew (if) somebody cheated him and so, but he was very tolerant.”

There have been suggestions that the new king’s purges amount to an anti-corruption campaign.

Such a case can be made, acknowledges Montesano.

“But the same actions also appear to bespeak an interest in gaining or exerting greater control over certain institutions,” Montesano said. “That possible motive must be kept in mind.”

There is little question that Vajiralongkorn has tightened control over royal institutions and what amounts to political privileges.

He surprised the country’s ruling junta when, “to ensure his royal powers,” he requested changes to a new constitution that had already been approved in a referendum. They acquiesced.

The powers he acquired centralize royal authority in his hands and make explicit his right to intervene in government affairs, especially in times of political crisis.

Vajiralongkorn has also sought to shore up the palace’s finances, previously controlled by a vast and somewhat creaky bureaucracy. The palace’s fortune, estimated by sources such as Forbes magazine to be in the neighborhood of $30 billion, is largely controlled by the Crown Property Bureau, a professionally managed holding company with large stakes in real estate, banking and industry.

Vajiralongkorn instituted changes giving him tighter control to personally manage the bureau and its holdings.

Vajiralongkorn’s greatest challenge is likely to be sorting out the palace’s relationship with the military.

His father Bhumibol and the army worked out a delicate balance of power, with the palace arguably holding the stronger hand, especially after a 1973 pro-democracy uprising temporarily discredited military rule. The army’s declared mission of protecting the monarchy became its shield against criticism.

But as Bhumibol’s health declined in the last decade and a half of his life, that balance began to shift. Now, with the army entrenched in government for five years after staging a coup in 2014, things seem to have shifted more in the military’s favor.

Vajiralongkorn has supporters in the military. He was educated at military academies, took part in 1970s counterinsurgency action against the Communist Party of Thailand, and is a qualified pilot in the air force, the service he is closest to.

There are special army units directly under the palace’s command, and Vajiralongkorn has augmented their strength.

“He has sought to bring more army units under his personal control,” said Chambers. “Prior to his father’s death, the junta leaders seemed to have acted for the ailing and aged king but they were becoming too big for their britches, so to speak. Hence the new sovereign wanted to ensure personalized monarchical control over the military.”

Vajiralongkorn’s actions help restore the balance of palace-barracks relations and “reflect a diminution of the army’s own influence,” agrees Montesano.

The relationship, however, is a two-way street. An election held under the junta in March has been widely seen as rigged to favor the military and its preferred candidate, Prayuth Chan-ocha, who led the 2014 coup and has headed the government since then.

When Vajiralongkorn’s older sister, Princess Ubolratana, lent her support to Prayuth’s opponents by agreeing to be their candidate for prime minister, the king immediately clamped down, declaring the action unconstitutional. He also issued a statement on the eve of the election saying that people should support “good people” to prevent “bad people” from gaining power and causing chaos, words that seemed to echo the junta’s justification for taking power following years of political tensions and occasional violence.

He is likely to be embroiled in the political battle again just a few days after his coronation, when election results are supposed to be certified and will almost certainly be challenged by the losers.

The Thai people, said Sulak, will probably be peaceful and “full of joy” during the coronation ceremony period.

“But I’m not sure afterwards,” he said.