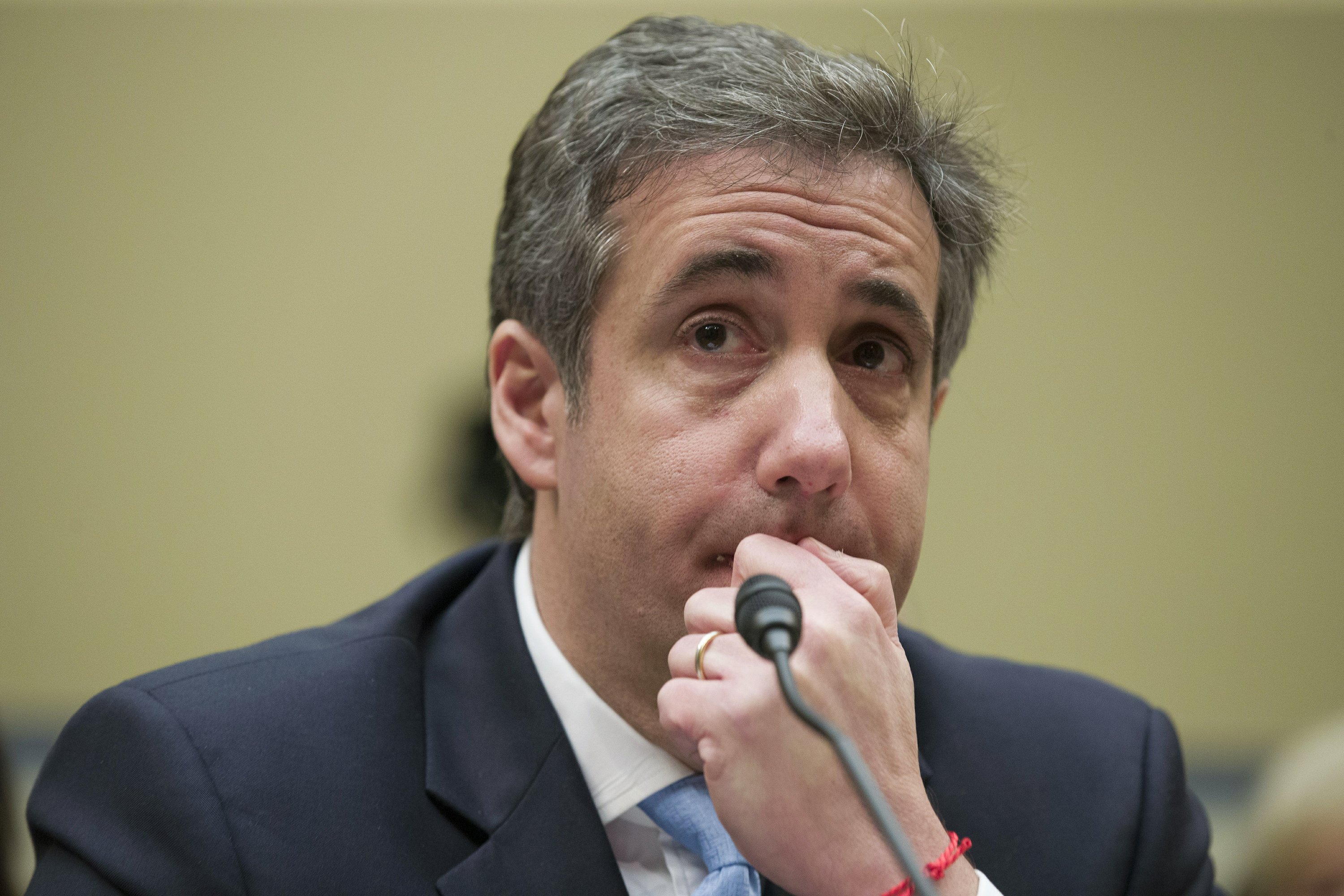 NEW YORK — “The Situation” and the Fyre Festival fraudster are already there. President Donald Trump’s former lawyer and fixer, Michael Cohen, is up next.

It’s not reality TV. It’s a federal prison 70 miles (113 kilometers) from New York City where white-collar and D-list scoundrels can do time while playing bocce ball and noshing on rugelach.

Michael Cohen, 53, is due to report Monday to the Federal Correctional Institution, Otisville to start a three-year sentence for tax evasion, lying to Congress and campaign finance crimes.

Tucked in the lush countryside south of the Catskill Mountains, Otisville is actually two federal facilities with a total of about 800 inmates: a medium-security prison where former NFL star Darren Sharper is serving a 20-year rape sentence, and a satellite camp for non-violent offenders like Cohen.

There, he’ll be serving his three-year sentence with the likes of “Jersey Shore” star-turned-tax fraud convict Michael “The Situation” Sorrentino and Fyre Festival’s Billy McFarland.

The U.S. Bureau of Prisons, which runs the federal prison system, has been tight-lipped about Cohen’s placement. The agency denied a reporter’s request to tour the Otisville facility and declined to comment for this article.

The camp does have its allure. About 115 inmates sleep in bunks lined up in barrack-style halls, instead of individual or two-man cells like in higher-security facilities. There are lockers to store personal belongings, washers and dryers for laundry, microwaves to heat up food and ice machines to keep cool.

Alums include accountant Kenneth Starr, who was accused of bilking celebrities like Uma Thurman with bad investments, and former Cendant chairman Walter Forbes and ex-Connecticut Gov. John Rowland. New York Ponzi schemer Bernie Madoff wanted to go to Otisville, but the Bureau of Prisons sent him to North Carolina instead.

Otisville is also known as a favorite among prison-bound Jews for its Kosher meals and Shabbat services.

Add in recreational amenities like tennis courts, horseshoes and cardio equipment, and it sounds like the closest thing the federal prison system has to sleepaway camp.

Forbes once ranked Otisville as one of “America’s 10 Cushiest Prisons,” but former employees and inmates say it’s hardly “Club Fed.” Inmates are still doing time and they’re still separated from their families and friends — save for occasional visits.

“He’s never going to get any sleep because there’s always lights on, there’s always inmates snoring. There are officers walking around jingling keys. You shower out in the open. It’s very demeaning.”

Cohen could also be a target of bullying, harassment or worse for his cooperation with special counsel Robert Mueller’s investigation and other probes, and that could make him a candidate for the prison’s protective housing unit, said Donson. Trump himself has branded Cohen a “rat.”

Factor in the camp’s design — off a secluded two-lane road, without much fencing or security — and Cohen could find himself easily harassed by paparazzi or ambushed by someone looking to do harm, said Donson.

“He’s not a good fit,” said Donson. “Anybody in the public could drive up to the Otisville camp, walk right into the visiting room, all the way to where Michael Cohen is sitting — literally within feet — and take him out.”

Cameron Lindsay, a retired warden who oversaw Otisville as deputy regional director of the U.S. Bureau of Prisons, said he would “think long and hard about placing Cohen in a general population, at least in the beginning,” given the “intense media coverage and extreme type of support the president receives from some of his supporters.”

A prison handbook advises inmates to carry themselves in a “confident manner at all times,” to trust their instincts and to “choose your associates wisely.”

Cohen’s first stop at Otisville will be admission and orientation.

He’ll undergo medical and mental health screenings and be assigned a job. He’ll also get a set of clothing, trading in his sport coats and zip ups for khaki shirts and pants, and a set of bedding and towels.

Within a month, he’ll be classified and given recommendations for prison programs. Some inmates go to drug education or take classes to earn a high school-equivalent diploma.

On the weekend, inmates get to sleep in. Lights on isn’t until 7 a.m.

The commissary sells more than 100 kosher items, more than most federal prisons. (Matzoh goes for $3.15 and gefilte fish costs $5.15. Need a yarmulke? It’s $6). A rabbi on staff full-time leads the chaplainry. At Passover, the prison puts on an elaborate Seder.

“It really makes a difference if you’re Jewish because a lot of guys want to say certain prayers you can only say with 10 Jewish men,” said Lawrence Dressler, a former Otisville prisoner who served 18 months for mortgage fraud, referring to the Jewish quorum known as a minyan. “You have Sabbath services on Friday night, and the prison even allows inmates to bring in food from the outside.”

All Jewish holidays are observed, Dressler said, including Hanukkah, when men gather in the chapel to sing. “Everyone had their own menorah,” he said.

Dressler, who like Cohen was a lawyer before his conviction, predicted Cohen will largely be left alone at Otisville — unless he’s seen as a rat.

“He’ll make a few friends,” Dressler said. “Everyone ends up having a couple of good friends.”