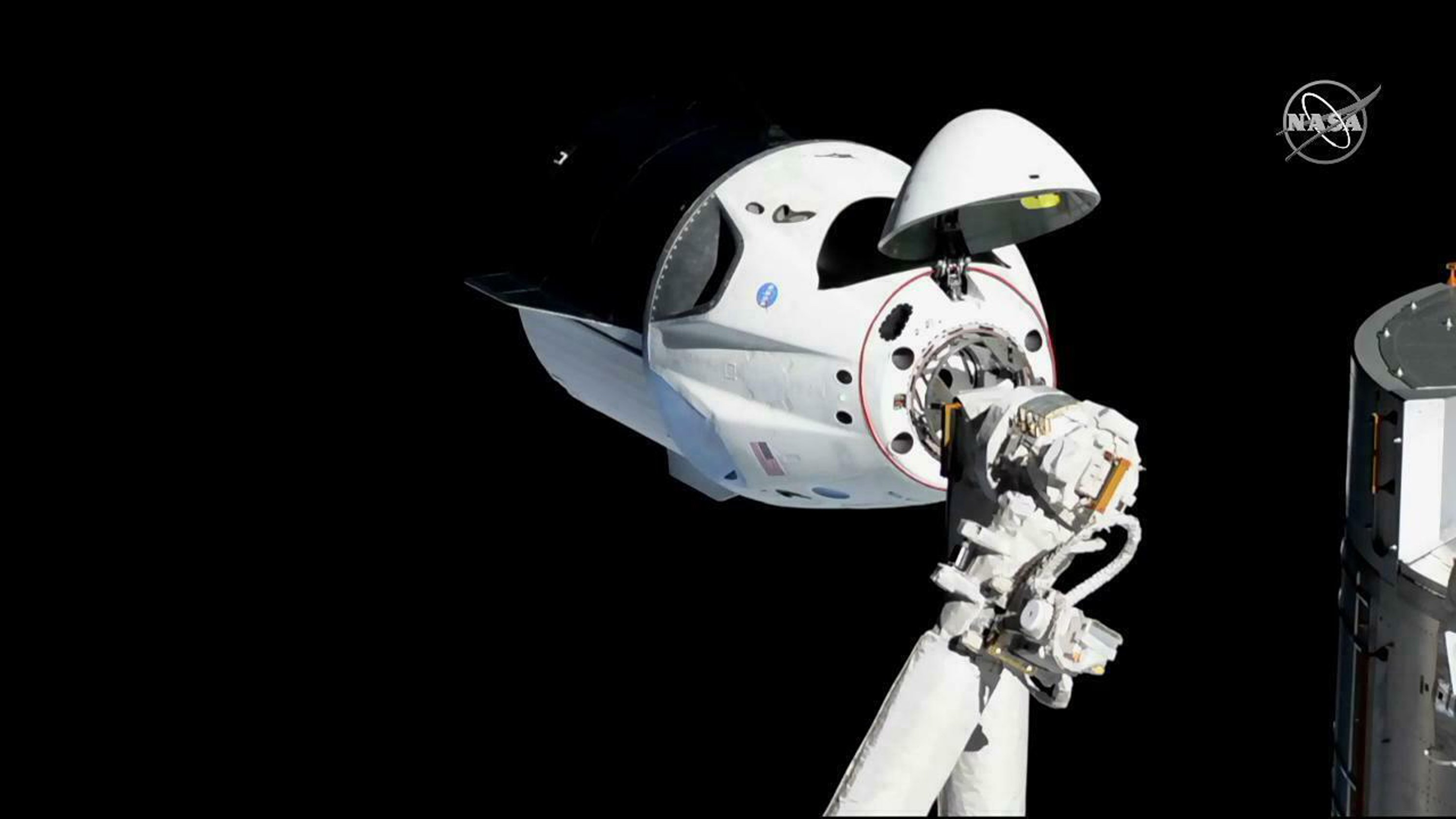 CAPE CANAVERAL, Fla. — SpaceX finally confirmed Thursday its crew capsule was destroyed in ground testing two weeks ago and conceded that the accident is “not great news” for the company’s effort to launch astronauts this year.

Hans Koenigsmann, a company vice president, told reporters it’s too soon to know what went wrong during the April 20 test or whether the crew Dragon capsule’s test flight in March — minus astronauts — contributed to the failure. Flames engulfed the capsule a half-second before the launch-abort thrusters were to fire.

SpaceX still cannot access the testing area at Cape Canaveral for safety reasons, according to Koenigsmann. The company does not want to disturb any evidence that could provide clues to the failure, he noted.

The company has concluded, meanwhile, that the smaller, simpler cargo version of the Dragon capsule is safe to fly to the International Space Station.

SpaceX was on track to launch a Falcon rocket with station supplies early Friday morning, although approaching storms threatened yet another delay. Earlier in the week, the flight was postponed by a major power shortage at the space station.

An old power-switching unit failed Monday, slashing the space station’s power by 25% and ruling out any deliveries. By Thursday, flight controllers had replaced the box and restored full power to the orbiting outpost.

Because the April 20 accident occurred so close to SpaceX’s landing site at Cape Canaveral Air Force Station, the booster for the cargo launch cannot return there following liftoff. Instead, the first-stage booster was aiming for a barge stationed about 12 miles offshore, much closer than usual.

The cargo and crew versions of the Dragon capsule are considerably different. The cargo Dragon does not have the SuperDraco thrusters that are embedded into the side of the crew Dragon. Those thrusters would be used to push a capsule off a just-launched rocket in an emergency. They weren’t used during the test flight to the space station in March.

Koenigsmann said he does not believe the thrusters themselves caused the accident. The system had been activated — which involves opening and closing valves, and pressurizing systems — when flames erupted.

SpaceX was going to launch the newly returned crew Dragon in another test this summer, to see how the SuperDraco thrusters work in an aborted flight. More crew Dragons are being built and can be used for this test, according to Koenigsmann.

Koenigsmann remains hopeful SpaceX can launch two NASA astronauts to the space station this year. The impact to the schedule will depend on the results of the accident investigation, he said.

NASA has contracted with SpaceX and also Boeing to ferry astronauts to and from the space station, instead of having them hitch expensive rides on Russian rockets.

Before the accident, SpaceX had been shooting for a summertime crew launch.

“I don’t want to completely preclude the current schedule,” he said. “It’s certainly not great news for the schedule overall, but I hope we can recover.”

Koenigsmann said the company has been in touch with astronauts Doug Hurley and Bob Behnken — who will be on board for the crew Dragon’s next test flight to the space station — and that the two have offered encouragement and motivation.

Boeing also has encountered recent delays with its Starliner crew capsules. The company is striving to launch a Starliner without astronauts to the space station in August.