What’s next for Venezuela after days of tumult? 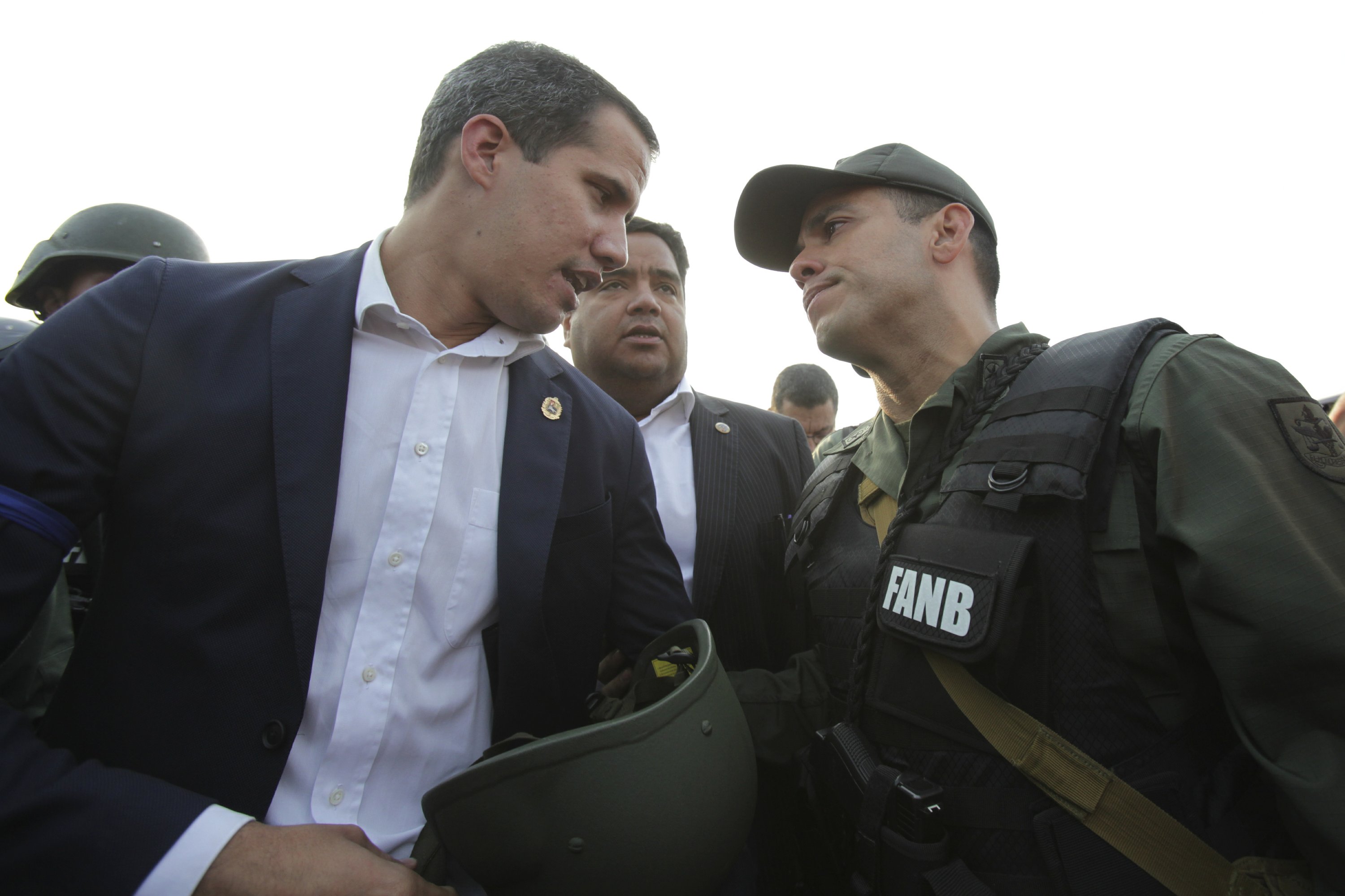 CARACAS, Venezuela — After days of upheaval, Venezuela is sinking back into political stalemate.

In the fourth month of their standoff, President Nicolás Maduro and opposition leader Juan Guaidó are unable to deliver a knock-out blow as Venezuela spirals deeper into neglect, isolation and desperation. Abrupt shifts or behind-the-scenes power plays can’t be ruled out, but there is a sense that the two camps are entrenched — too strong to be dislodged, too weak for clear-cut victory.

The opposition and its chief patron, the United States, emerged with fewer options after Guaidó, leader of the opposition-controlled National Assembly, stood Tuesday outside a military base and urged the armed forces to overthrow Maduro. The plan collapsed. Venezuela’s military commander instead pledged loyalty to Maduro, and four people died in clashes between protesters and police after the opposition’s risky bid for control.

The streets of Caracas were calm on Thursday after the violence of the previous two days. Guaidó’s new plan is to build toward a general strike, though the date is not fixed and how effective that would be in a country with a shattered economy and an exhausted population is open to question.

One Venezuela expert said the opposition and the U.S. now have the hard task of devising a new way forward after seeing a small contingent of security forces join Guaidó outside the military base, but no sign that any other military units had heeded the call to rebel.

“You only get to play this card once, and now that it’s been played it’s hard to see what else can be done,” said Fernando Cutz, who until April 2018 led U.S. policy on Venezuela at the National Security Council under both Presidents Barack Obama and Donald Trump.

At the same time, Maduro’s government is under massive strain, loathed by much of the population as it attempts to steer a decaying nation. The fact that it has not yet moved to arrest Guaidó after accusing him of trying to stage a coup suggests it is not confident enough to do so and is wary about any increase in diplomatic and economic pressure from the U.S. and dozens of other nations that say Guaidó is Venezuela’s rightful president.

“From Maduro’s perspective, it might be better to simply dismiss Guaidó as a mere nuisance and a U.S. stooge, thereby undermining Guaidó’s faltering movement and — once again — splintering the fractious Venezuelan opposition,” Gavin said in a report.

The government has started to target people since the failed rebellion. On Thursday, Venezuela’s top court ordered the arrest of Guaidó’s political mentor, Leopoldo López, who took refuge in the Spanish Embassy after defying a house arrest order and joining the attempt to topple Maduro this week. The court also opened a treason investigation of Edgar Zambrano, the deputy head of the National Assembly who had joined Guaidó outside the military base in Caracas.

Some analysts believe U.S. allegations that three top Venezuelan officials had been involved in the plot against Maduro will not split his government, but tie those officials closer to him. One of the government figures, Defense Minister Vladimir Padrino López, pledged loyalty to Maduro and indicated that there had been attempts to lure the military into backing the opposition.

“They try to buy us as if we were mercenaries,” he said in what amounted to a warning to any would-be defectors in the military.

The United States has imposed sanctions on Venezuela’s oil industry as well as on key figures in Maduro’s government, which is digging in despite dire economic and humanitarian problems that have forced around 10% of Venezuelans to leave the country in recent years, creating Latin America’s biggest migrant crisis.

Cutz said that while it’s likely the U.S. will ramp up rhetoric against Maduro’s government, it has already deployed the key weapon — oil sanctions. Its last options include the long-threatened idea of military intervention, which is unlikely, or moving onto another foreign policy priority, according to Cutz.

“It seems more like a temper tantrum than strategic thinking,” he said of the bellicose rhetoric coming out of the White House. “If I’m a low-level colonel, why would I now risk my life to share secrets with the Americans if they aren’t going to keep their mouths shut.”

Trump has indicated that the United States is not focusing on a military option for now.

“And we’re doing everything we can do, short of, you know, the ultimate,” Trump said in an interview Wednesday on Fox Business Network. “There are people that would like to do — have us do the ultimate, but we are – we are – we have a lot of options open. But when we look at what’s going on there, it’s an incredible mess.”

Trump said Maduro was “tough, but I think he’s losing a lot of control.”