With Trump rollback, school lunch could get more white bread 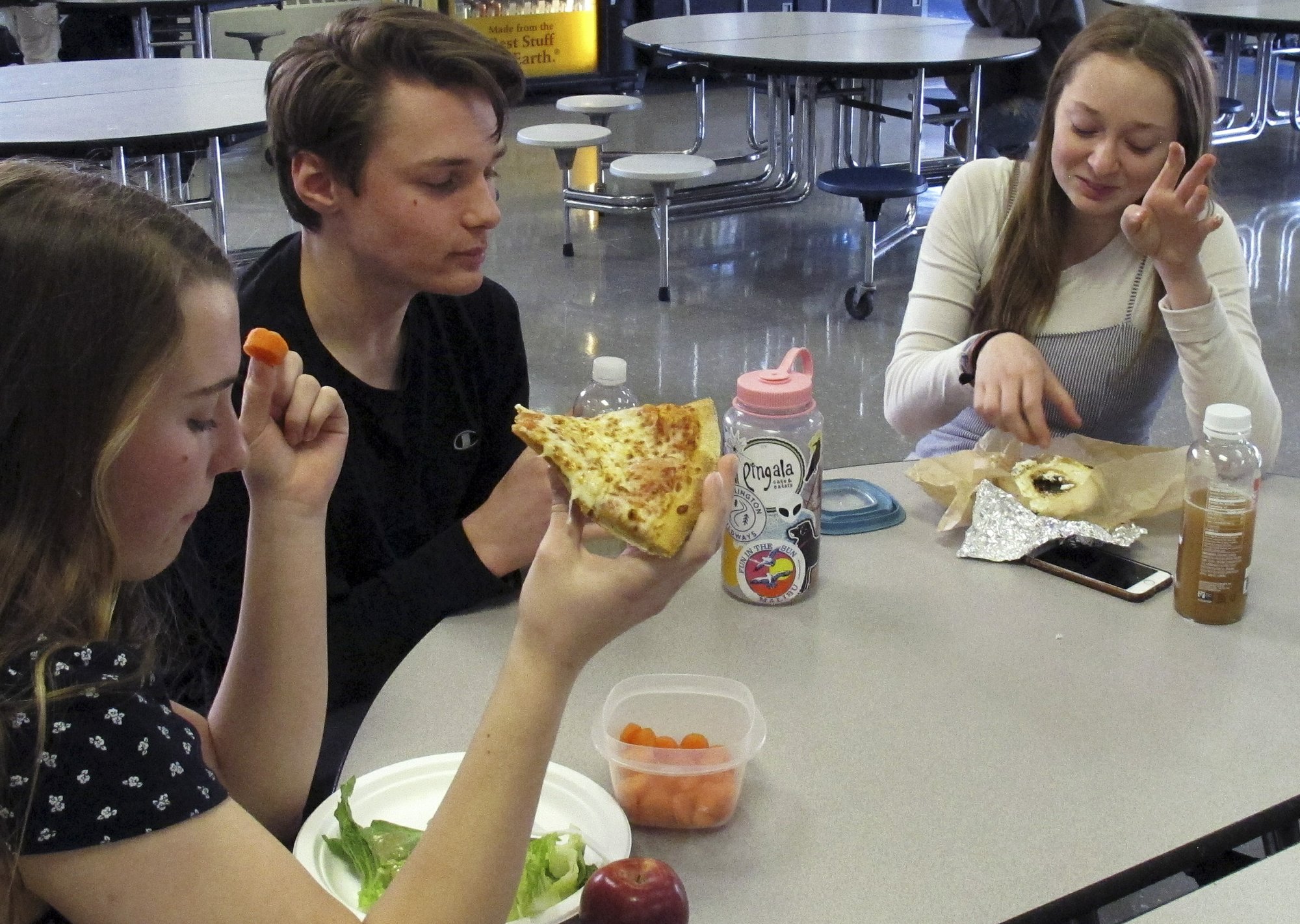 NEW YORK — Is white bread about to make a comeback on school lunch menus?

After complaints about taste and costs, the Trump administration rolled back a rule that required foods like pasta and bread be made with whole grains. The cafeteria directors who lobbied for the change say they just want greater flexibility to serve foods like white bread — which are more processed and have less fiber — when whole grains don’t work.

In Vermont, the relaxed rule means white rice will be served with beans again. In Oregon, macaroni and cheese may return. And in South Dakota, students may notice a change with their soup.

“The staff asked right away, ‘Oh my God, can we go back to the other saltines?’” said Gay Anderson, a school lunch director and president of the School Nutrition Association, which represents cafeteria operators and suppliers like Domino’s and Kellogg.

Since 2014, schools had been required to serve only whole grain versions of food as part of the national school lunch program, a critical source of free and reduced-price meals for millions of children. The idea is that whole grains would be more nourishing and help cultivate healthy habits amid alarming obesity rates.

But cafeteria operators said costs were higher, cooking was more difficult and students were throwing away more food. The School Nutrition Association said it’s more important that children who rely on the lunches eat something, and that the rule ignored cultural preferences, such as for flour tortillas in the Southwest or for white rice among Asian students.

To ease the transition to whole grains, the U.S. Department of Agriculture let schools apply for temporary waivers to serve select dishes that didn’t meet the whole-grain rule. For the last school year, it said about 20 percent of districts asked permission to serve refined grains that are enriched to add back some nutrients.

Among the frequently waived foods were pasta, pizza, tortillas and biscuits, which one Georgia lunch official joked affects the ”tests scores of rednecks,” according to records obtained by The Associated Press from state agencies. Other waived foods included beignets, cinnamon rolls, corn dogs, sugar cookies and Pop Tarts.

One district requested a waiver for croissants because it said students don’t like the whole-grain version.

“Plus they are 20 cents more per serving,” the district said.

Then in December, Agriculture Secretary Sonny Perdue said the USDA was going back to the old standard: At least half of grain foods must be rich in whole grains. The agency said that does away with the red tape of making schools get waivers, and gives schools more flexibility to offer wholesome meals that also reduce food waste.

Whitney Ellersick, a school lunch director in Portland, Oregon, said the change means her district will no longer need a waiver for its lasagna. But she was surprised by the extent of the rollback.

“I was a little shocked to see it go to 50 percent,” Ellersick said.

The Center for Science in the Public Interest said the USDA’s rollback may be halting progress made by schools, which could be tempted to bring back more refined grains that cost less or are easier to make. Already, the group notes the USDA defines “whole grain rich” as being half whole grain, meaning there’s built-in wiggle room to make bread and pasta students won’t mind.

Bettina Elias Siegel of The Lunch Tray website also noted a recent USDA report that found that “plate waste” was comparable before and after the rules were implemented in 2014, undermining arguments they were prompting students to throw away more food.

The American Heart Association likewise criticized the decision to relax the rules and called on school districts to stick to the previous standards, which also included stricter rules on salt and milk. Among the districts that plan to do so is Boston, where fifth grader Trinity Wilson likes the brown rice.

She said it’s is healthier than white rice. “I know that because my mom told me,” Wilson said.

But some school lunch officials say the rollback could help smaller districts that don’t have access to as many products. In Arkansas, students in the Magnet Cove district accepted whole-grain Pop Tarts and other changes, officials say, but still prefer the old noodles, biscuits and rolls.

In Burlington, Vermont, white rice and beans can return to menus. Doug Davis, the district’s food director and incoming president of the School Nutrition Association, said it’s a healthy dish that students will actually eat.

To avoid buying two types of rice, Davis said white rice will likely also be used in stir fries and soups. He plans to stick mostly to whole grains, but he appreciates not having to.