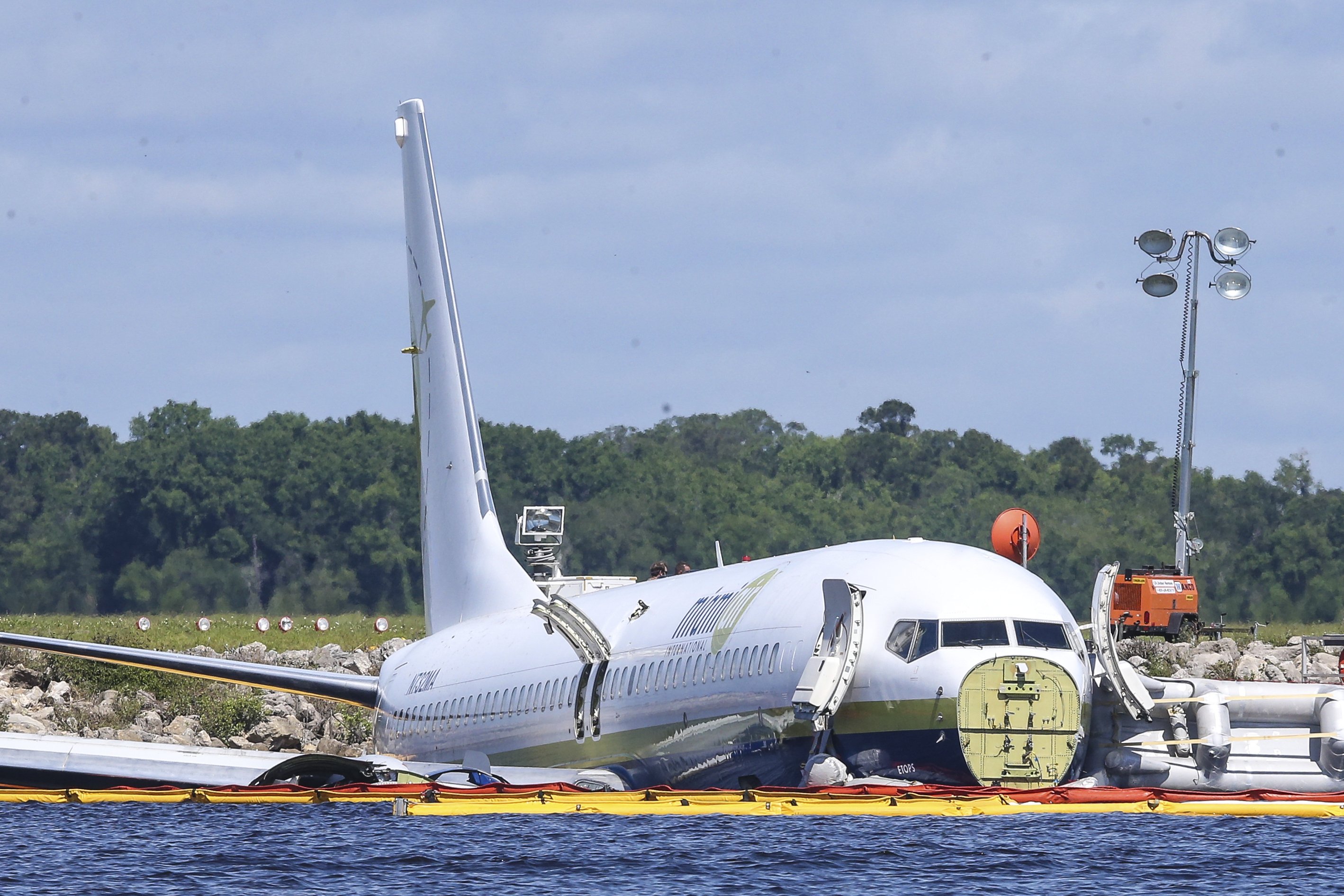 JACKSONVILLE, Fla. — A passenger shouted “Watch out! Watch out!” as other passengers and crew members cautiously walked out on a wing of the Boeing 737, just moments after it had landed at a Florida military base, crashed through a stone seawall, and ended up in a river.

Another passenger shouted, “Baby coming through!” and a man can be seen holding an infant in his arms as he walks along the other passengers in yellow life jackets getting drenched by rain.

There were no serious injuries, although almost two dozen of the 143 passengers and crew members sought medical attention for minor injuries. A 3-month-old baby was hospitalized overnight for observation in an abundance of caution.

Silva told the Tampa Bay Times that passengers initially were told Friday the aircraft might not be fit for takeoff. Then the flight was cleared to leave Cuba, but with the warning there would be no air conditioning.

Even though the plane was hot, there were no other problems during the flight from Guantanamo Bay, Cuba, Silva said.

The landing at Naval Air Station Jacksonville seemed normal at first, but then the plane didn’t stop on the runway. There was a loud bang, he hit his head on the ceiling, and the jet ended up in the water, Silva said.

He looked down and his ankles were in water, he said, and he heard someone yell, “Fuel!”

Silva said he helped usher people out an emergency door onto a wing.

The National Transportation Safety Board has assigned 16 investigators to determine what happened.

First-responders were at the plane within a couple minutes of its landing, said Capt. Michael Connor, the base’s commanding officer.