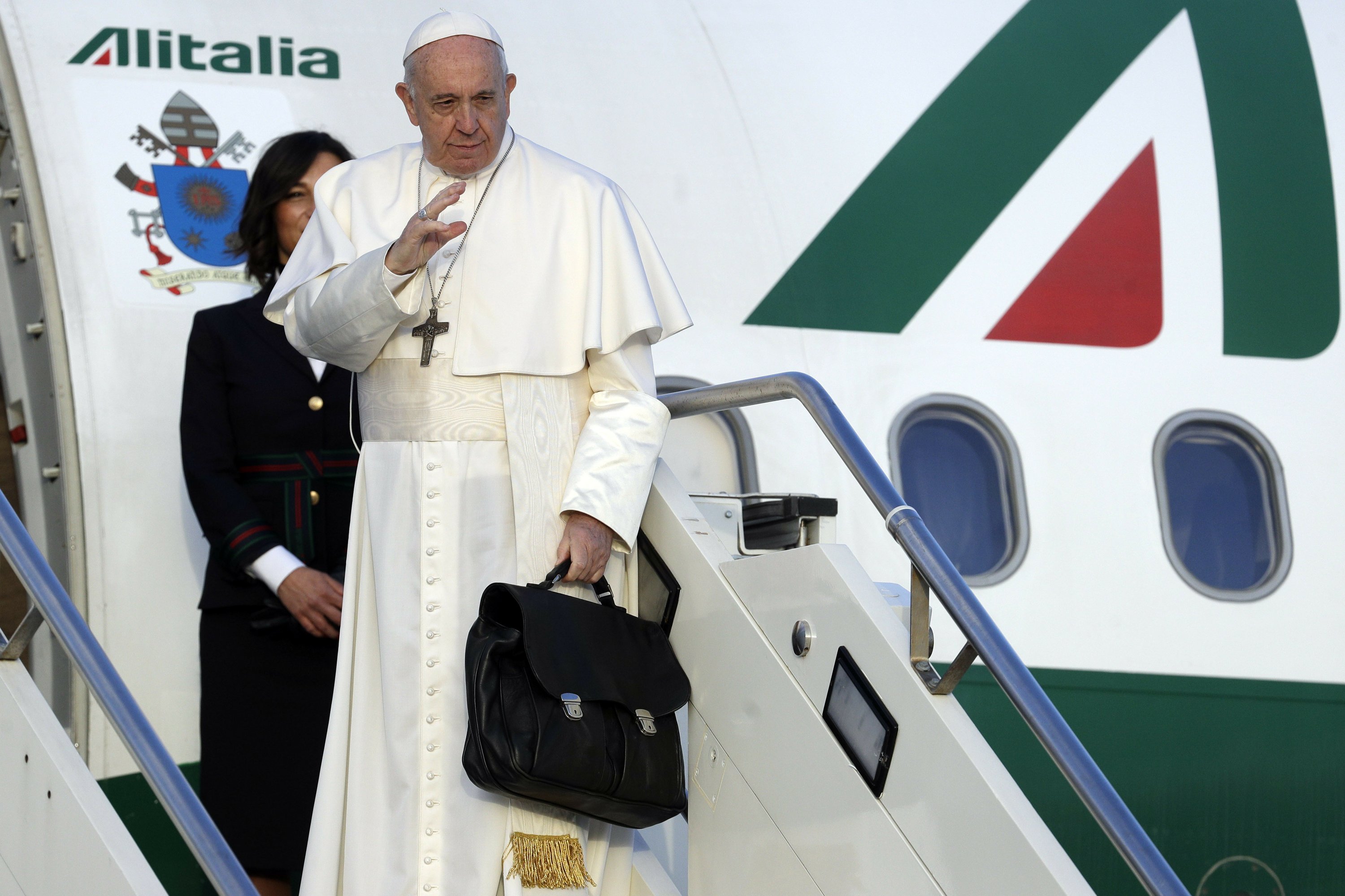 SOFIA, Bulgaria — Pope Francis is visiting Bulgaria, the European Union’s poorest country and one that taken a hard line against migrants, a stance that conflicts with the pontiff’s view that reaching out to vulnerable people is a moral imperative.

On a two-day trip that began Sunday, Francis plans to tour a refugee center and dive into the Vatican’s complicated relations with the Bulgarian Orthodox Church. He will then have daylong stop Tuesday in neighboring North Macedonia, the first by a pope.

Francis will meet with Prime Minister Boyko Borisov, whose center-right, pro-Brussels coalition government includes three nationalist, anti-migrant parties. The government has called for the closure of EU borders to migrants and sealed off its own frontier to Turkey with a barbed-wire fence.

The Argentine pope has made the plight of migrants and refugees a hallmark of his papacy, urging governments to build bridges, not walls, and to do what they can to welcome and integrate refugees fleeing wars and poverty. His visit falls just three weeks before European Parliament elections across the EU’s 28 nations in which nationalist, anti-migrant parties are expected to make a solid showing.

On Monday, Francis will visit a refugee center in a former school on the outskirts of Sofia, the capital. Radostina Belcheva of the Council of Refugee Women in Bulgaria said Francis’ visit will show solidarity with those in need.

“But really, their whole acceptance is a matter for each of us and for our society,” Belcheva told The Associated Press.

Bulgaria’s tough stance on refugees has been a deterrent: while some 20,000 people applied for asylum in Bulgaria in 2015, that number dwindled to 2,500 last year, according to the state refugee agency.

Francis also will meet with the leader of the Bulgarian Orthodox Church, Patriarch Neofit, during a visit Sunday to the headquarters of the Holy Synod, the church’s governing body.

The conservative Bulgarian church doesn’t participate in official Catholic-Orthodox dialogue and even snubbed a pan-Orthodox council in Crete in 2016. The Holy Synod has made clear that it will not take part in any joint services or prayers with the pope, although a children’s choir is expected to sing for him.

On Monday, Francis is also expected to minister to Bulgaria’s tiny Catholic community, which represents just under 1 percent of the population of some 7 million.

Despite the small numbers of Catholics, Bulgarians are particularly fond of one of the 20th century Catholic Church’s most important figures, Pope John XXIII. The former Angelo Roncalli was the Vatican envoy to Bulgaria from 1925-1934 and is known affectionately as the “Bulgarian pope.”

The World Bank has warned that Bulgaria needs to grow 4% a year over the next 25 years to catch up with the rest of the EU. One of the main reasons it hasn’t is widespread corruption and graft, which are draining the economy and keeping foreign investments away.

Bulgaria is also the world’s fastest shrinking nation, according to the U.N., with its current population of 7 million expected to dwindle to 5.4 million by 2050 and to 3.9 million by the end of the century.

Bulgaria has the EU’s highest mortality rate and one of the bloc’s lowest birth rates. That, combined with tens of thousands of workers leaving the country annually, poses serious problems for funding the country’s pension system.