APNewsBreak: Drugmakers will have to reveal prices in TV ads 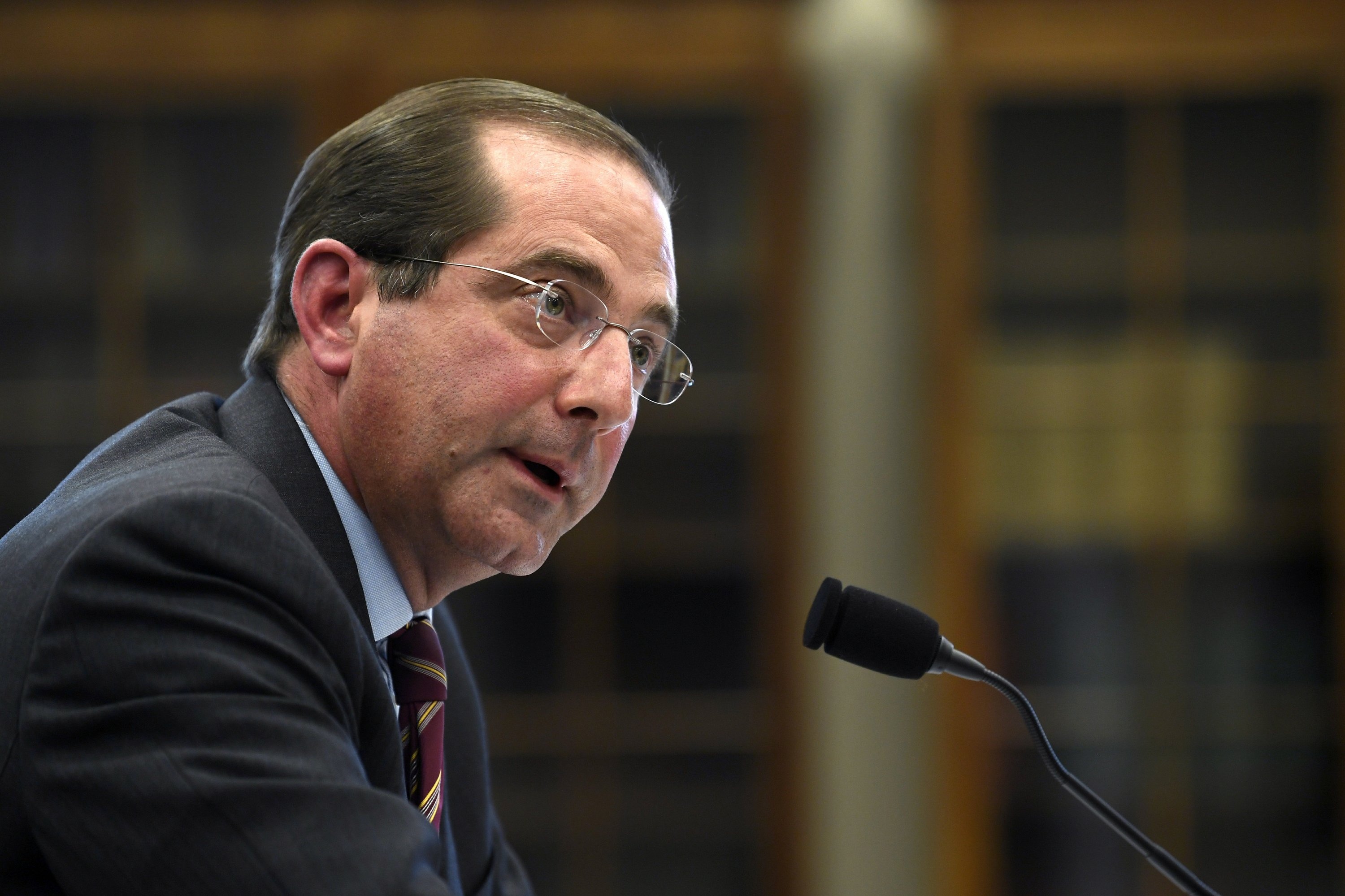 WASHINGTON — Drugmakers will be required to reveal the prices of their prescription medicines in those ever present TV ads, the Trump administration is set to announce on Wednesday, even as some insured patients can pay thousands of dollars for critical medications.

Health and Human Services Secretary Alex Azar told The Associated Press the administration is finalizing regulations that will require drug companies to disclose list prices of medications costing more than $35 for a month’s supply.

“What I say to the companies is if you think the cost of your drug will scare people from buying your drugs, then lower your prices,” Azar said. “Transparency for American patients is here.”

The pricing details are expected to appear in text toward the end of commercials, when potential side effects are being disclosed. TV viewers should notice the change later this year, perhaps as early as the summer.

Other elements include regulations affecting Medicare and legislative proposals pending in Congress. With the cost of medicines a top concern for voters, Trump and lawmakers of both major political parties want accomplishments they can point to before the 2020 elections. Democrats say measures like price disclosure won’t force drugmakers to lower what they charge, and they want to authorize Medicare to negotiate.

The drug industry opposes the price reveal, saying companies would rather provide the information on their websites. But Johnson & Johnson, based in New Brunswick, New Jersey, announced this year that it would start disclosing the cost of its blood thinner Xarelto in TV advertising. That drug is used to treat and prevent blood clots that can cause strokes.

Among drug industry complaints is that the government would be infringing on First Amendment free speech rights by forcing companies to disclose prices. Azar points out that the government has for decades required carmakers to post their sticker prices on vehicles.

“Prices of automobiles are vastly less important to your health and affordability than drugs,” he said.

According to the government, the 10 most commonly advertised drugs have prices ranging from $535 to $11,000 per month or for a usual course of therapy.

The disclosure requirement will not apply to print or radio ads for the foreseeable future.

“Over $4 billion of pharma spend is in TV ads … that is their most impactful form of advertising,” Azar said. “That is where the patient has the most need of being informed.”

The disclosure requirement applies to all brand name drugs covered by Medicare and Medicaid, which is nearly all medications.

The government is hoping that patients armed with price information will start discussing affordability with their doctors, and gradually that will put pressure on drugmakers to keep costs in check.

Most people rely on lower cost generic drugs to manage their health problems, but the advent of revolutionary medications for once-fatal or intractable diseases has put consumers on edge. Genetic and cellular-based treatments can cost hundreds of thousands of dollars a year, which has put a strain on the budgets of insurers and government programs.

A recent poll from the nonpartisan Kaiser Family Foundation found that 1 in 3 Americans said they haven’t taken medications as prescribed because of costs. People who take four or more medications, those who spend $100 a month or more on meds, patients in fair to poor health and middle-aged adults are more likely to report affordability problems.

Although most patients do not pay the full list prices that will be included in ads, experts say those prices are still important. They’re the starting point for negotiations between drugmakers and insurers. Also, copays that patients face are often based on list prices. And many people who have high-deductible insurance plans pay list prices for medications because their insurance doesn’t start covering until patients have spent several thousand dollars of their own money.

In other economically advanced countries, governments negotiate drug prices to keep medications more affordable for patients. But except for some government programs like the Veterans Affairs health system, the U.S. has held back from government-set prices.

Democrats argue it’s time to abandon that practice and let Medicare take a direct role in negotiating prices. There’s no support for that route among congressional Republicans, and the Trump administration’s more activist role for government stops short.

Azar, who is leading the effort for Trump, is a former drug company executive. He held senior posts with Indianapolis-based insulin maker Eli Lilly and Co. after an earlier stint in government service during the George W. Bush administration.

The regulations will take effect 60 days after they’re published in the Federal Register.