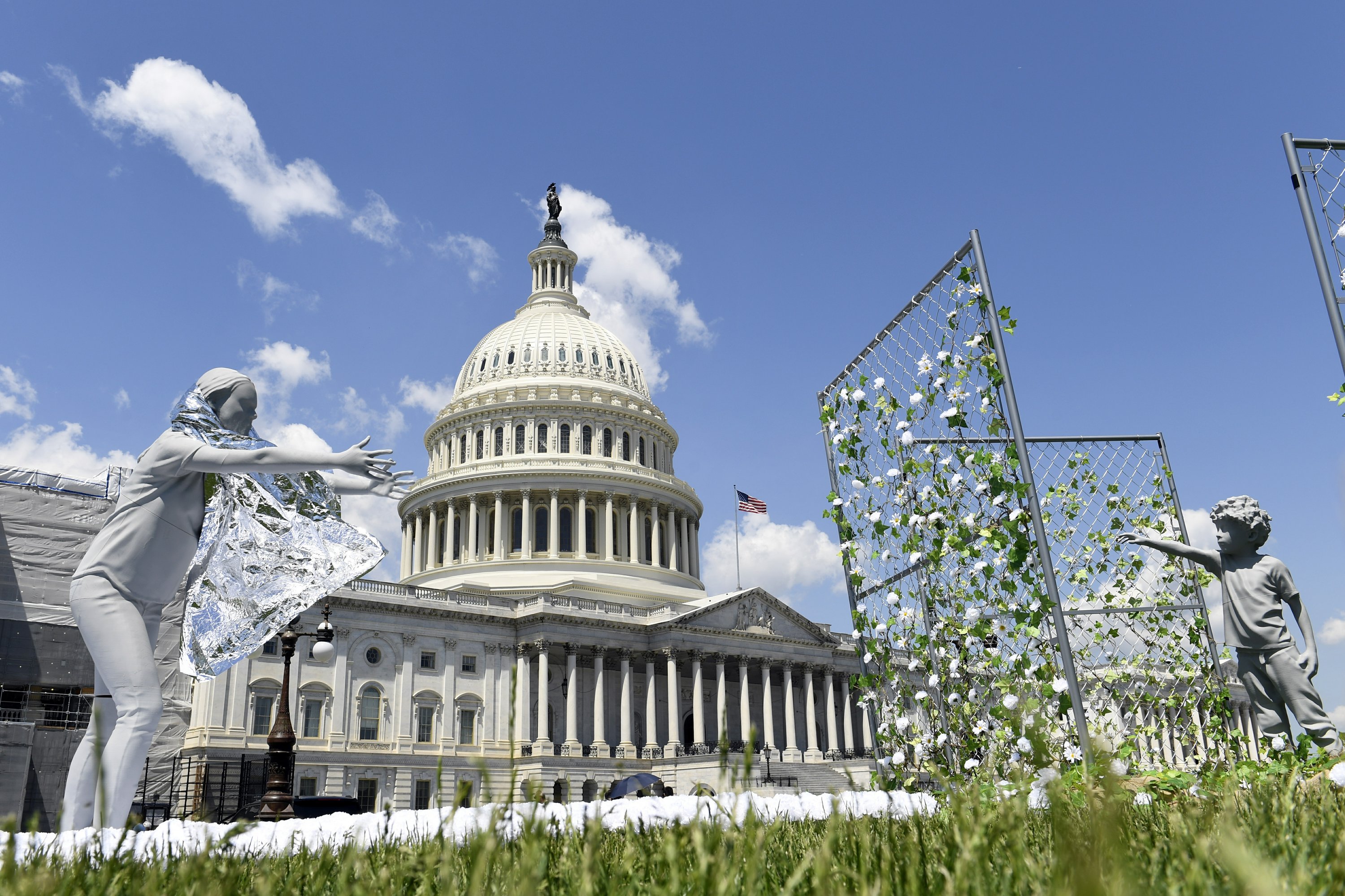 But Jared Kushner, the president’s son-in-law and senior adviser, has spent months drawing up a long-awaited immigration overhaul plan that the White House began to roll out Tuesday.

Frustrated by congressional inaction and stinging Republican defeats, Kushner has been meeting with GOP groups and speaking with lawmakers to try to fashion a plan that the president and his party might be able to unite behind. He’s been assisted by a team that includes experts in drafting legislation so that he can be less reliant on Capitol Hill, according to people familiar with the efforts.

It’s a new approach for an administration with few legislative achievements and facing the challenges of navigating a hostile Democratic House, where many legislators are more intent on investigating the president than working with him, especially in an area as contentious as immigration.

“The fact is this president is taking the lead. He’s not waiting on Congress,” White House spokesman Hogan Gidley told Fox News on Tuesday.

Officials stressed that the plan could evolve in response to feedback. But so far it includes two prongs: A border security bill that would focus, in part, on modernizing ports of entry, and a package of revisions to legal immigration that aims to create a more “merit-based” system giving preference to those with job skills rather than relatives of immigrants already in the country. A senior administration official told reporters that the total number of immigrants allowed into the country would not change under the plan — only the types of immigrants admitted.

The White House is also working with Sen. Lindsey Graham, R-S.C., on additional legislation that would address the nation’s asylum system, in an effort to stem the flow of migrants across the border, according to the official, who outlined the plan on condition of anonymity because public discussion was not authorized.

It’s not the first time the White House has tried to sell Congress on Trump’s immigration priorities and it’s unclear whether Republicans — let alone Democrats — will be on board. There is deep doubt in Washington that there is any appetite on Capitol Hill for a wide-ranging agreement.

Trump and Kushner met Tuesday afternoon with a dozen Republican senators who seemed largely receptive to the effort. But several said they were awaiting more details.

Kushner’s team began meeting in January with conservative, business and other groups, soliciting input on a subject Congress has struggled for decades to address. Though he had no previous background on the contentious subject, Kushner has tried to replicate the playbook he used to help push bipartisan criminal justice reform legislation across the finish line last year.

Unlike that effort, however, this time the White House has made no outreach to Democrats, with Kushner instead looking to draft a plan that Republicans can rally around to make clear what the party is “for” as Trump heads into what is expected to be a brutal re-election campaign.

Jessica Vaughan, director of policy studies at the Center for Immigration Studies, which advocates for lower rates of immigration and has provided input on the plan, said that, as part of the effort, Kushner’s team was working to craft legislation in-house instead of leaving it to Congress. Several weeks ago, the team added staff with experience in legislation-writing, including George Fishman, deputy general counsel at the Department of Homeland Security.

“It’s not just talking points or goals at this point,” Vaughan said.

It’s unclear, however, how members of Congress might respond to that approach. A big legislative package coming from the White House could be panned by lawmakers unless they had a role to play in the sausage making.

Trump’s signature legislative achievement — the Republican tax cut bill — was the product of careful collaboration between the White House, Treasury and Republican leaders in Congress, who agreed on a broad framework and then left the details to the Senate Ways and Means and Finance committees.

One person briefed on the immigration plan, who spoke on condition of anonymity to reveal internal discussions, said White House officials had made clear that they had grown tired of waiting on Congress and did not want a repeat of their last, much-hyped immigration push — a “four pillars” plan rolled out in early 2018 that failed to gain traction.

Sen. John Cornyn of Texas, a member of GOP leadership, said Kushner had been “vetting ideas with the president, making progress there, and also with members of the Senate. I’ve been encouraging him to do that.” But he suggested more narrowly tailored bills might more successful.

“Having seen our experience, going big and ending up nowhere,” he said, “I think we’re better off trying to address this in a targeted sort of way.”

Vaughan, whose group is concerned that Kushner’s proposal will be too accommodating to business groups that want more immigrant workers, urged Trump to prioritize the southern border, where a surge in Central American migrant families has been overwhelming federal resources. She also cautioned against a top-down approach, saying that “it’s very unlikely that members of Congress are going to just accept something that comes over from the White House.”