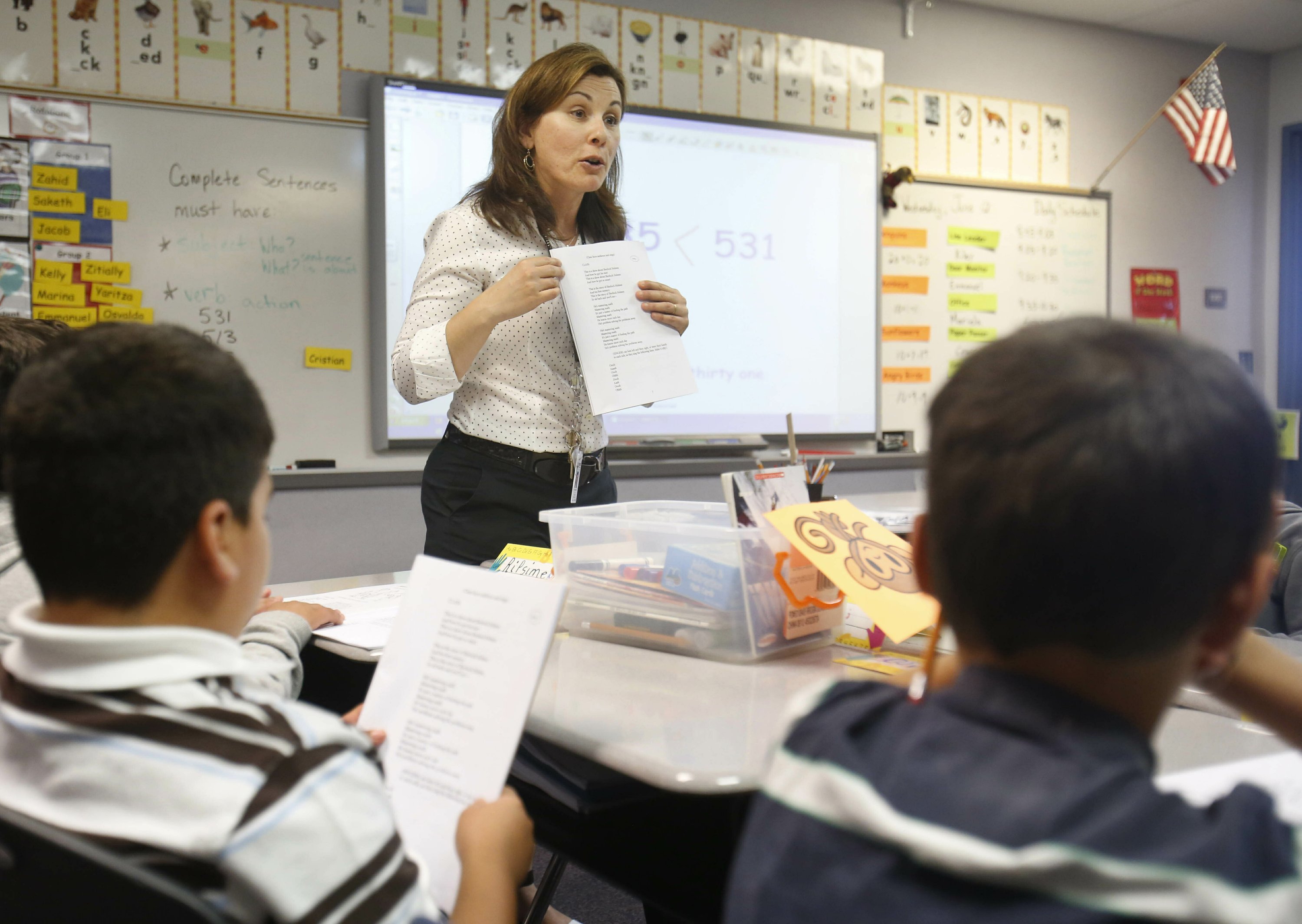 SACRAMENTO, Calif. — California has overhauled its sex education guidance for public school teachers, encouraging them to talk about gender identity with kindergartners and give advice to LGBT teenagers for navigating relationships and having safe sex.

LGBT advocates praised the new recommendations for giving attention to a community that is often left out of sex education policies. But some parents and conservative groups assailed the more than 700-page document as an assault on parental rights, arguing it exposes children to ideas about sexuality and gender that should be taught at home.

The guidance approved Wednesday by the California State Board of Education does not require educators to teach anything. It is designed as a guide for teachers to meet state standards on health education, such as nutrition, physical activity and combating alcohol and drug abuse.

But it’s the parts about sex that got the most attention during a public hearing on Wednesday. The framework tells teachers that students in kindergarten can identify as transgender and offers tips for how to talk about that, adding “the goal is not to cause confusion about the gender of the child but to develop an awareness that other expressions exist.”

“As the parent of three kids, we’re on a careful trajectory here not to be introducing things as though they are endorsed in some way,” board president Linda Darling-Hammond said.

But Patricia Reyes, a 45-year-old mother of six, doesn’t believe that. She traveled more than 400 miles (about 644 kilometers) from her home in Southern California to attend Wednesday’s hearing, bringing along her 4-year-old daughter, Angeline, who held a sign that read: “Protect my innocence and childhood.”

“It’s just scary what they are going to be teaching. It’s pornography,” she said. “If this continues, I’m not sending them to school.”

Several parents read from the book and held it up so board members could see the pictures, which many described as “obscene.” The board responded by removing the book, plus a few others, from the guidance.

“It’s important to know the board is not trying to ban books. We’re not saying that the books are bad,” board member Feliza I. Ortiz-Licon said. “But the removal will help avoid the misunderstanding that California is mandating the use of these books.”

More than 200 people signed up to speak during a public hearing on Wednesday that lasted for several hours. Supporters and opponents mingled together in the lobby of the California Department of Education, where parents handed out snacks to appease their young children while waiting for their number to appear on dry-erase board telling them it was their turn to get one minute of time at the microphone.

Speakers included 16-year-old Phoenix Ali Rajah, a transgender boy who said he is rarely taught information for people like him during sex education classes at his Los Angeles area high school.

“I’m never taught about how to be in a relationship with gay men,” he said, adding that the “conversation with sex starts from a different place.”

Michele McNutt, 49, focused on the framework’s attention to healthy relationships and consent, something she said is never too soon to teach her two daughters in public school, ages 11 and 9.

“Withholding medically accurate, scientific information from them actually causes more harm and does not actually protect innocence,” she said while wearing a purple T-shirt that read “protect trans students. “If you don’t give kids accurate information about their own body … how are they able to make good choices?”

The guidance was developed with input from teachers across the state, and several spoke in favor of the recommendations on Wednesday. But not Tatyana Dzyubak, an elementary school teacher in the Sacramento area.

“I shouldn’t be teaching that stuff,” she said. “That’s for parents to do.”