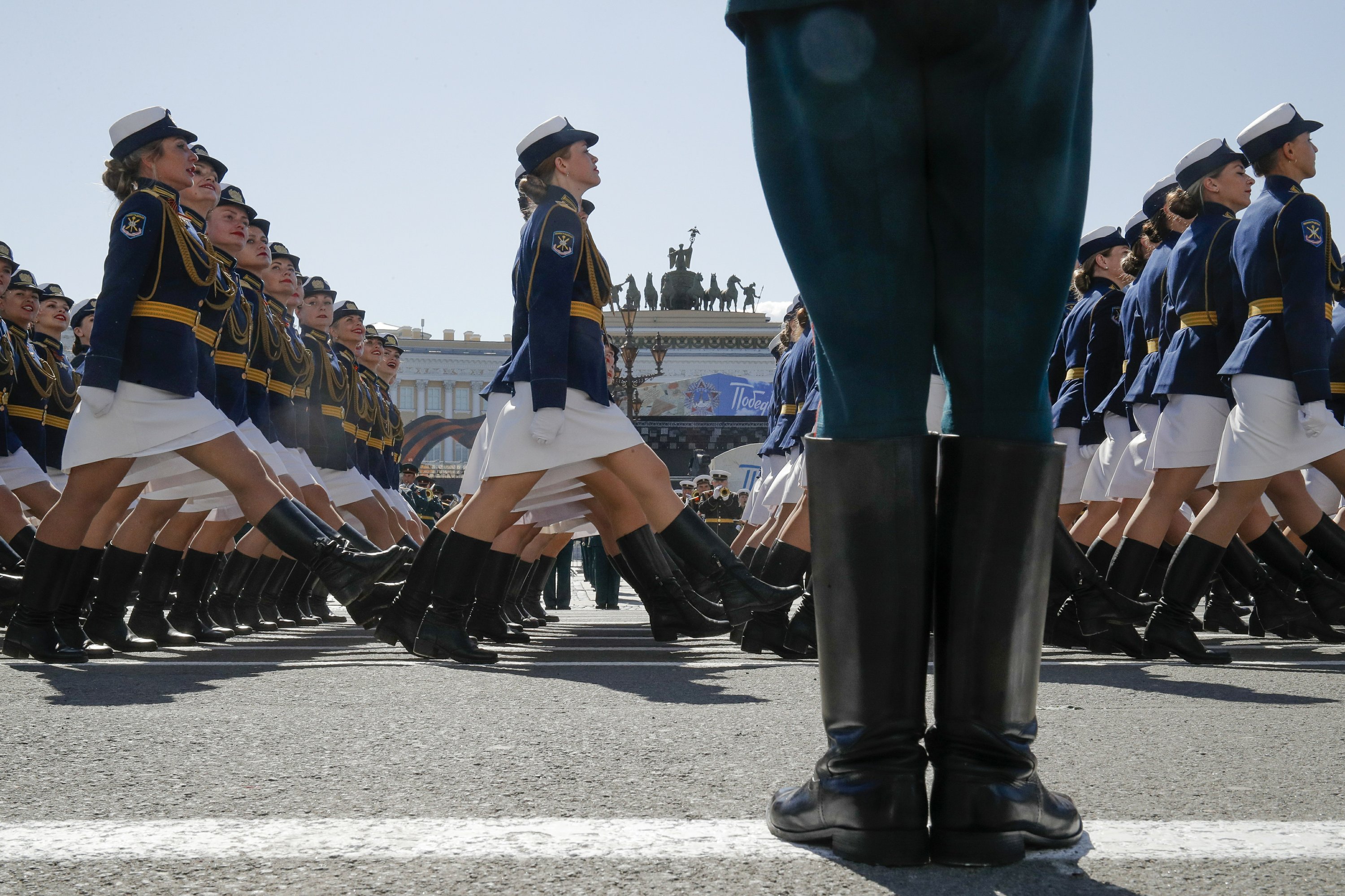 MOSCOW — Across Russia, millions of people came out for military parades and civilian processions to mark Victory Day, the defeat of Nazi Germany in World War II.

An estimated 26 million Soviet citizens died in the war, including 8 million soldiers. Although the fighting ended 74 years ago, widespread commemorations keep the ordeal prominent in Russia’s collective memory.

The parade was a highly ritualized production of about 13,000 Russian servicemen marching in tight formation across the vast square in Moscow, followed by about 130 military vehicles including tanks and missile launchers. There was no flyover by military aircraft this year because of cloudy weather and possible storms.

In the afternoon, an estimated half-million people streamed down a main Moscow thoroughfare, many holding photos of relatives who fought in the war.

Similar parades and marches were held in cities throughout Russia and in neighboring Ukraine.