AP EXPLAINS: Why send a US aircraft carrier to the Gulf? 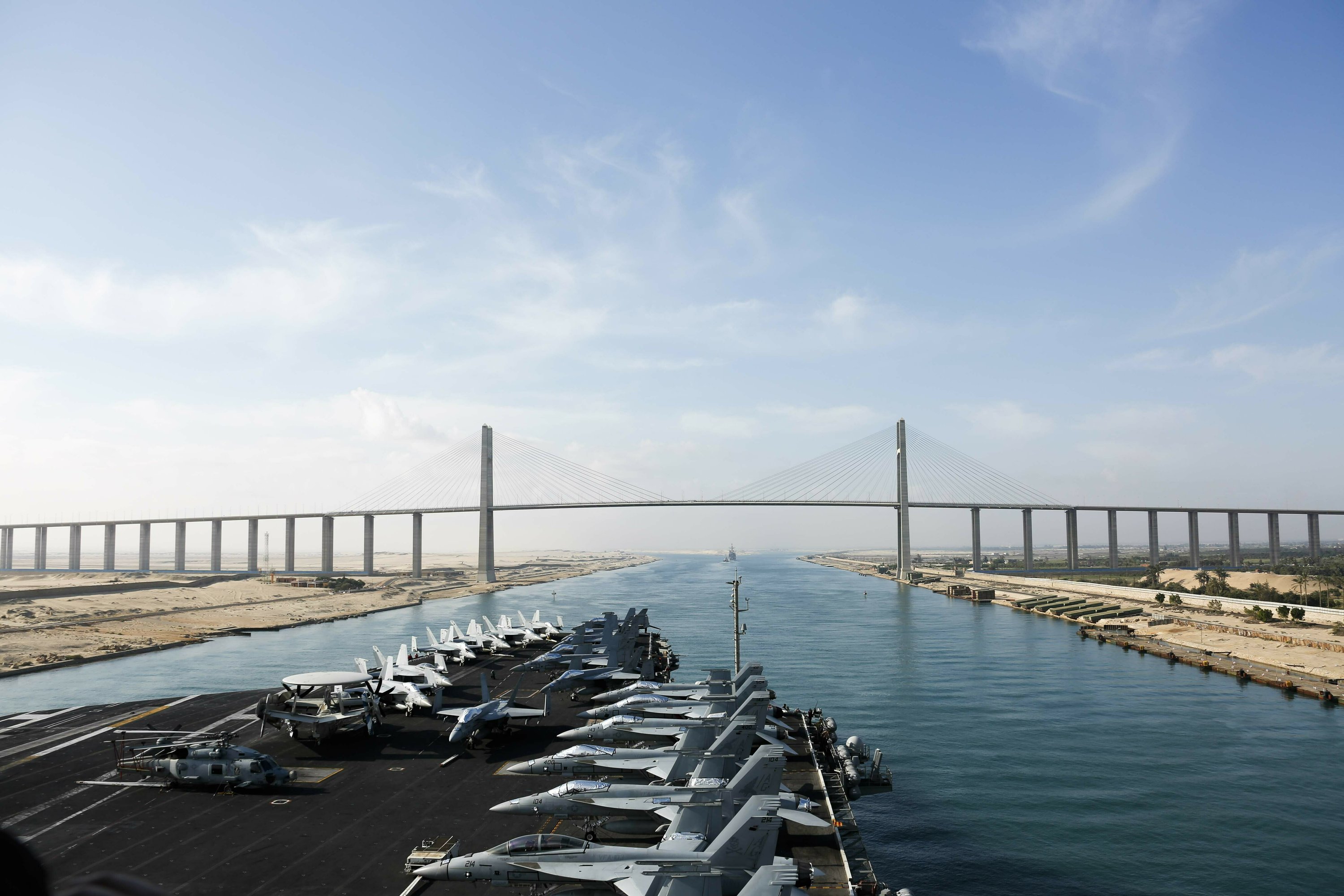 DUBAI, United Arab Emirates — The USS Abraham Lincoln aircraft carrier strike group is being deployed to the Persian Gulf to counter an alleged but still-unspecified threat from Iran, the latest in a long line of such deployments to the strategic region.

It comes as Iran has started backing away from its 2015 nuclear deal with world powers in response to U.S. President Donald Trump’s decision last year to withdraw from the accord and restore crippling sanctions.

A look at the aircraft carrier strike group and how it may fit into Washington’s strategy.

A CITY AT SEA

The USS Abraham Lincoln is a Nimitz-class, nuclear-powered aircraft carrier. Commissioned in 1989, the carrier has berthing to carry over 6,000 officers and enlisted sailors. At 332 meters (1,092 feet), it is nearly as long as the Empire State Building is tall. It has a 4.5-acre flight deck that carries F-18 Super Hornet fighter jets, MH-60 Seahawk helicopters and other aircraft. Inside, its narrow passageways and tight metal stairs lead through a labyrinth of work and living spaces.

The Lincoln, like other aircraft carriers, moves in a strike group for protection. Accompanying the Lincoln to the Mideast are three destroyers — the USS Bainbridge, the USS Mason and the USS Nitze — as well as the guided-missile cruiser the USS Leyte Gulf and a Spanish frigate, the ESPS Mendez Nunez. The Lincoln also can defend itself with heavy guns and missiles.

A carrier allows the military to move an air field into areas where it may not have access to ground facilities. It can cut flight times for warplanes, allowing them to be over battlefields longer. It also serves as a way for a country to project power into a region that may be far from home, which the Lincoln will do once it transits the Strait of Hormuz, the narrow mouth of the Persian Gulf through which a third of all oil traded at sea passes.

The Strait of Hormuz, though considered an international waterway, cuts through Iranian territorial waters.

Iran’s Revolutionary Guard, a paramilitary force answerable only to Supreme Leader Ayatollah Ali Khamenei, often follows and cuts in front of carriers with a swarm of fast boats. Iran also flies surveillance drones over aircraft carriers, with the footage often appearing on state television months later as propaganda. They also test-fire missiles and their own weapons as carriers pass.

While there hasn’t been an armed naval confrontation between Iran and the U.S. since 1988, the encounters can be tense. Iran several times over the years has conducted drills in which they destroy mock-up aircraft carriers similar to the Lincoln. Given the tension between the Iran and the U.S., especially recently, any incident involving the carrier could have far-reaching and unpredictable consequences.