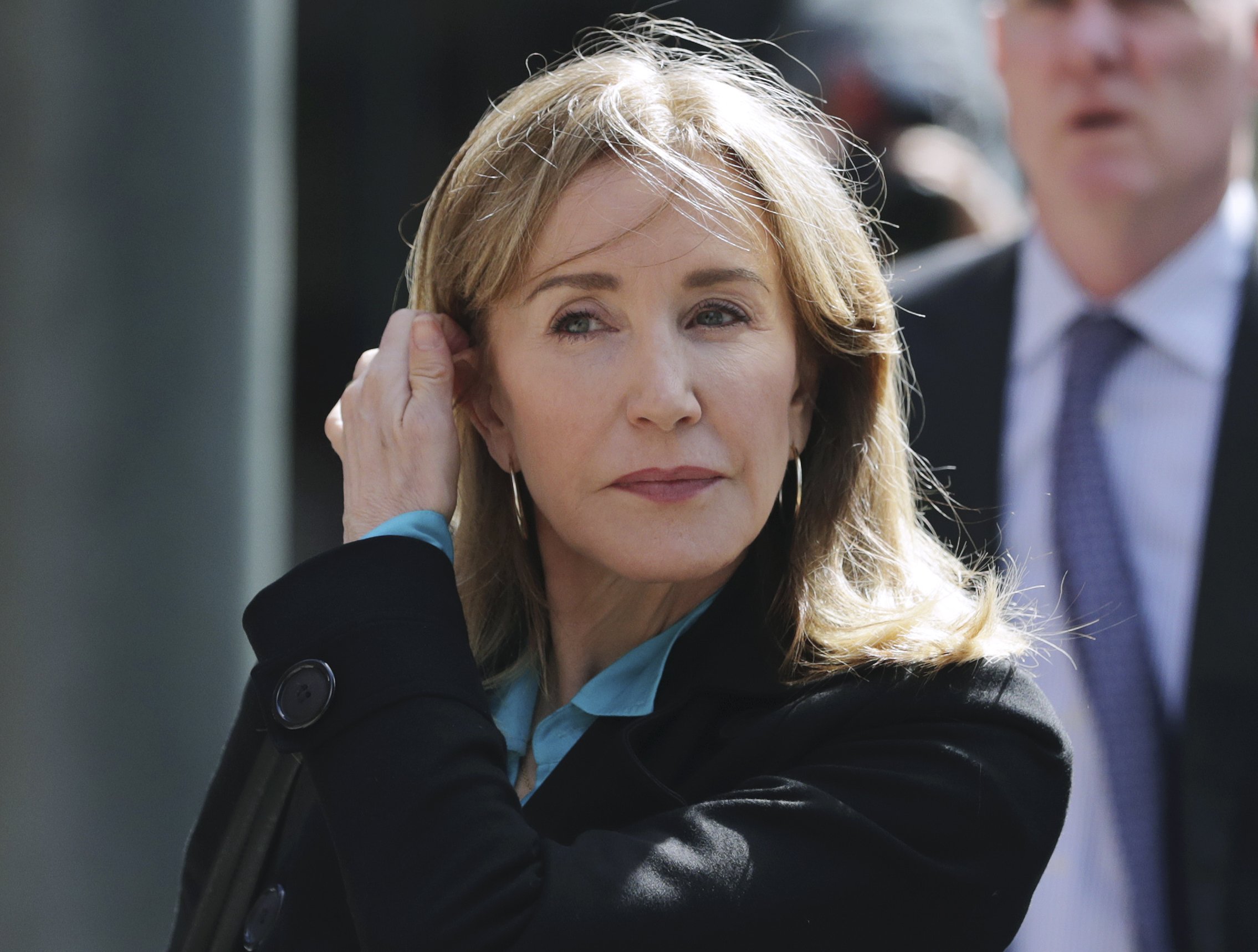 BOSTON — Actress Felicity Huffman is scheduled to plead guilty Monday to allegations she paid $15,000 to rig her daughter’s SAT score as part of a nationwide college admissions cheating scheme.

The “Desperate Housewives” star is expected to enter her plea in Boston federal court two months after she was arrested in the case named “Operation Varsity Blues,” which accused wealthy parents of paying bribes to help their children get into elite universities across the country.

Huffman, 56, is among 14 parents who have agreed to plead guilty to charges in the case. Authorities have called it the biggest college admissions cheating scandal ever prosecuted in the U.S., ensnaring Hollywood stars and business executives as well as coaches at such prestigious schools as Georgetown and Yale.

The parents are accused of paying an admissions consultant to bribe coaches in exchange for helping their children get into school as athletic recruits. The consultant, Rick Singer, also paid off entrance exam administrators to allow a proctor to take tests for students or fix their answers, authorities say.

Huffman paid Singer $15,000 to have a proctor correct her older daughter’s SAT answers and considered going through with the plan for her younger daughter before deciding not to, authorities say.

Huffman has apologized and said her daughter was unaware of her actions.

“I am in full acceptance of my guilt, and with deep regret and shame over what I have done, I accept full responsibility for my actions and will accept the consequences that stem from those actions,” the Emmy-winning actress said in an emailed statement last month.

Some parents have decided to fight the charges.

Fellow actress Lori Loughlin and her fashion designer husband, Mossimo Giannulli, have pleaded not guilty to paying $500,000 in bribes to get their daughters into the University of Southern California as crew recruits even though neither of them is a rower.

Also scheduled to plead guilty Monday is Los Angeles businessman Devin Sloane, who authorities say paid $250,000 to get his son into USC as a fake water polo recruit.

Sloane, who founded a drinking and wastewater systems company, bought water polo gear online and worked with a graphic designer to create a bogus photo of his son playing the sport for the teen’s application, officials say.