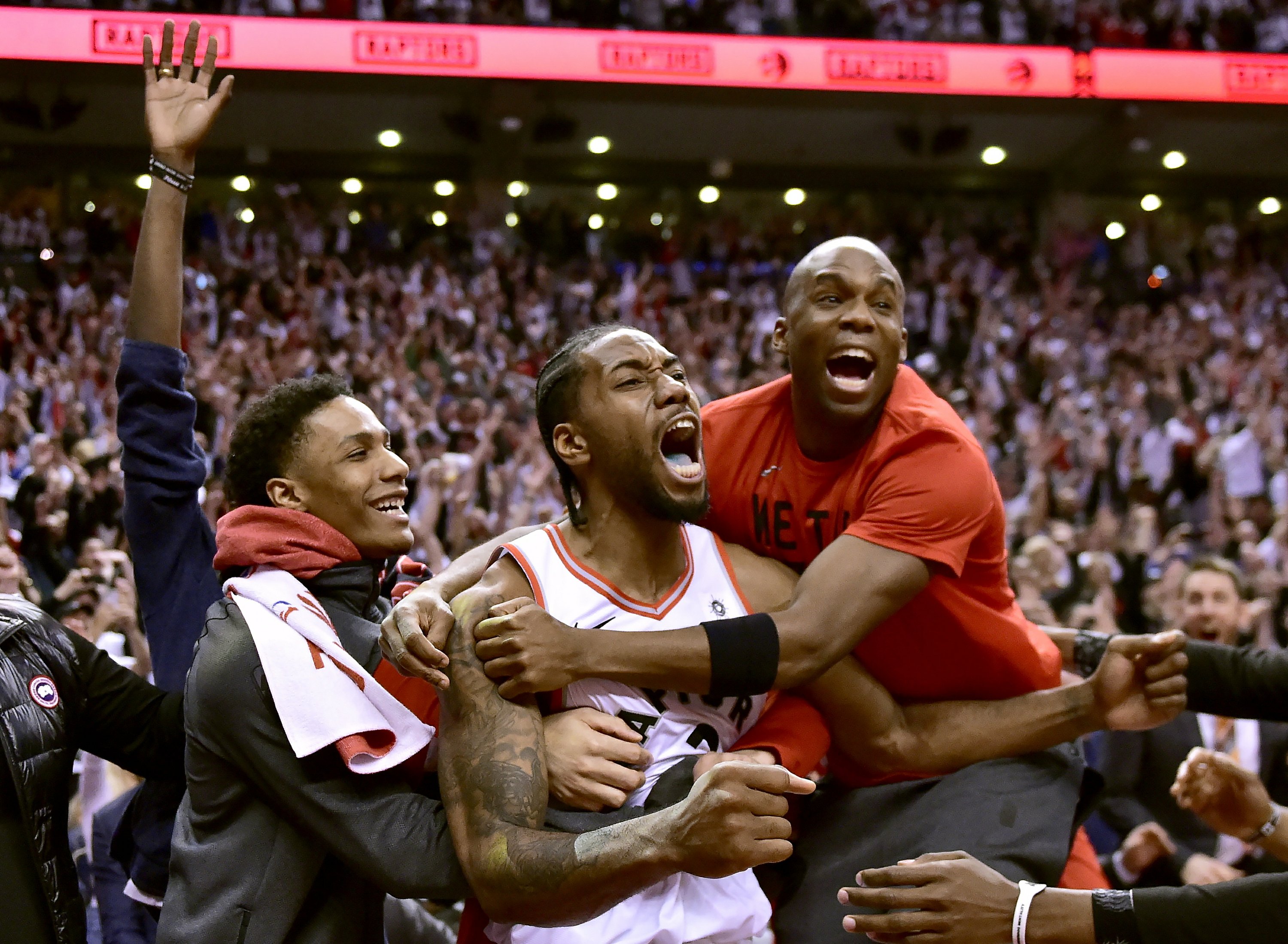 TORONTO — Kawhi Leonard hit a shot from the corner over Joel Embiid at the buzzer that bounced off the rim four times before falling to give the Toronto Raptors a 92-90 victory over the Philadelphia 76ers on Sunday night in Game 7 of the Eastern Conference semifinal series.

After Philadelphia’s Jimmy Butler tied it with a driving layup with 4.2 seconds left, Toronto used its final timeout to draw up a play for Leonard, who dribbled toward the right corner and launched the high-arching shot.

In its only other conference finals, Toronto lost to LeBron James and Cleveland in six games in 2016.

Redick tied it at 85 with a three-point play with 3:29 left. Nearly two minutes passed before the next basket, Leonard’s long jumper with 1:41 to go that was initially ruled a 3, but changed to a 2 after video review.

On Philadelphia’s next possession, Lowry forced a steal near midcourt and fed Siakam for a fast-break layup, giving Toronto an 89-85 lead with 1:14 left.

Butler made one of two at the line and Leonard missed a pair of jump shots, giving the 76ers the ball down 89-86 with 24.1 seconds remaining. Embiid was fouled and made both, cutting it to 89-88 with 12 seconds left.

Leonard was fouled with 10.8 seconds left. He made the first, but missed the second, setting up Butler’s tying layup.

The 76ers missed nine straight shots to start the game and didn’t score until a 3-pointer by Redick midway through the quarter. Still, while the Sixers made just two of their first 14 attempts, the Raptors only made 3 of their first 13. Toronto shot 5 for 24 in the first quarter and the 76ers went 5 for 19.

Philadelphia had as many turnovers (five) as baskets in the quarter that ended with Toronto up 18-13.

Lowry headed to the locker room briefly in the second because of a sprained left thumb. He checked back in midway through the period. Siakam and Leonard each scored seven points in the second and Lowry added six to give Toronto a 44-40 lead at halftime.

Toronto led 50-41, its biggest lead of the game, after a basket by Gasol early in the third. Philadelphia answered with a 16-0 run over the next 4 1/2 minutes as the Raptors missed 10 straight shots. Toronto battled back behind 11 points from Leonard and took a 67-64 advantage to the final quarter.

Raptors: Toronto went 0 for 8 from 3-point range in the first quarter. They finished 7 for 30 … Leonard had Toronto’s only assist of the first. … Gasol had 11 rebounds.