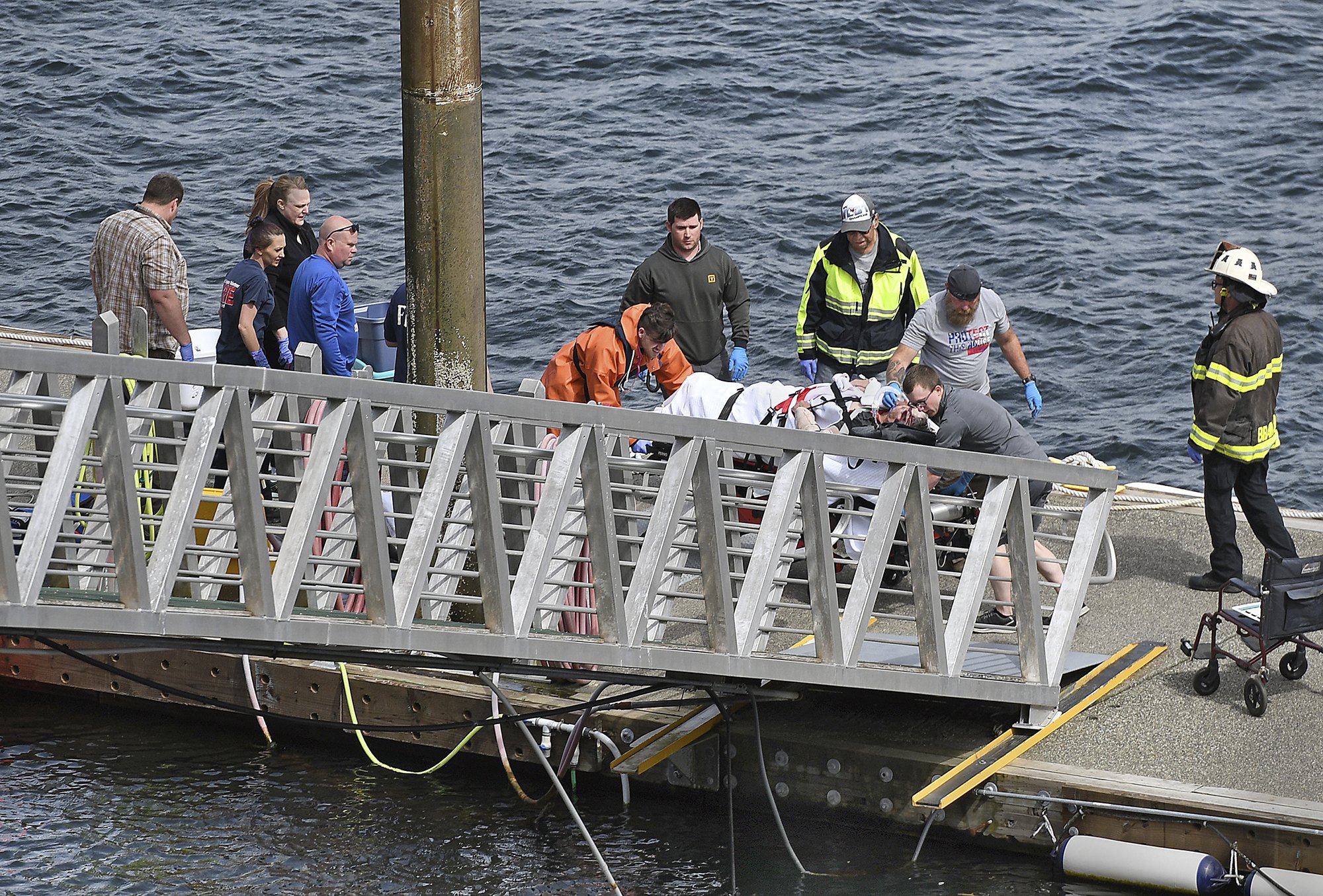 Three others are missing after the collision about 10 miles (16 kilometers) from Ketchikan, Coast Guard Lt. Brian Dykens said.

The Coast Guard had a cutter onsite and planned to work overnight to find the missing.

The National Transportation Board was sending an elite investigative team from Washington, D.C., to investigate the crash, another deadly mishap for cruise ship passengers taking side excursions off cruise ships in Ketchikan.

The floatplanes with passengers from Princess Cruises’ Royal Princess ship collided under unknown circumstances, Federal Aviation Administration spokesman Allen Kenitzer said in an email to The Associated Press. Floatplanes have pontoons mounted under the fuselage so they can land on water.

Eleven people were inside Taquan Air’s single-engine de Havilland Otter DHC-3 when it went down as it returned from Misty Fjords National Monument, which is part of the Tongass National Forest, the nation’s largest. Ten were taken to a Ketchikan hospital.

All patients were in fair or good condition, according to Marty West, a spokeswoman for PeaceHealth Ketchikan Medical Center.

The three people who died were among five people aboard the second plane, a single-engine de Havilland DHC-2 Beaver, according to Dykens.

“It’s been a long day and the crews have been working really hard to rescue people and recover the deceased. They’re still working on a search and recovery of three more individuals,” Deanna Thomas, a spokeswoman for the Ketchikan Gateway Borough, the local government, said Monday evening.

All 14 passengers were on sightseeing flights. The plane with 11 on board was operated by Taquan Air. A spokeswoman for the flightseeing company said Taquan has suspended operations while federal authorities investigate the deadly crash. The other four, Princess Cruises said in a statement, were on an independent tour.

“We are devastated by today’s incident and our hearts go out to our passengers and their families,” Taquan said in a statement. “At this time, we are in the midst of an active crisis response, and our focus is on assisting these passengers, the pilot, our staff, their families and loved ones, and first responders.”

Cindy Cicchetti, a passenger on the Royal Princess cruise ship, told the AP that the ship captain announced that two planes were in an accident Monday. She said the ship is not leaving as scheduled and there weren’t any details as to how the accident will affect the rest of the trip.

The ship left Vancouver, British Columbia, on May 11 and is scheduled to arrive in Anchorage on Saturday.

“Our thoughts and prayers are with those who lost their lives and the families of those impacted by today’s accident. Princess Cruises is extending its full support to traveling companions of the guests involved,” Princess Cruises said in its statement.

A pilot and eight cruise ship passengers died June 25, 2015, when a de Havilland DHC-3 Otter operated by Promech Air Inc. crashed into mountainous terrain about 24 miles (38 kilometers) from Ketchikan, also as it was returning from Misty Fjords.