Beneath wholesome image, Doris Day was an actor of depth 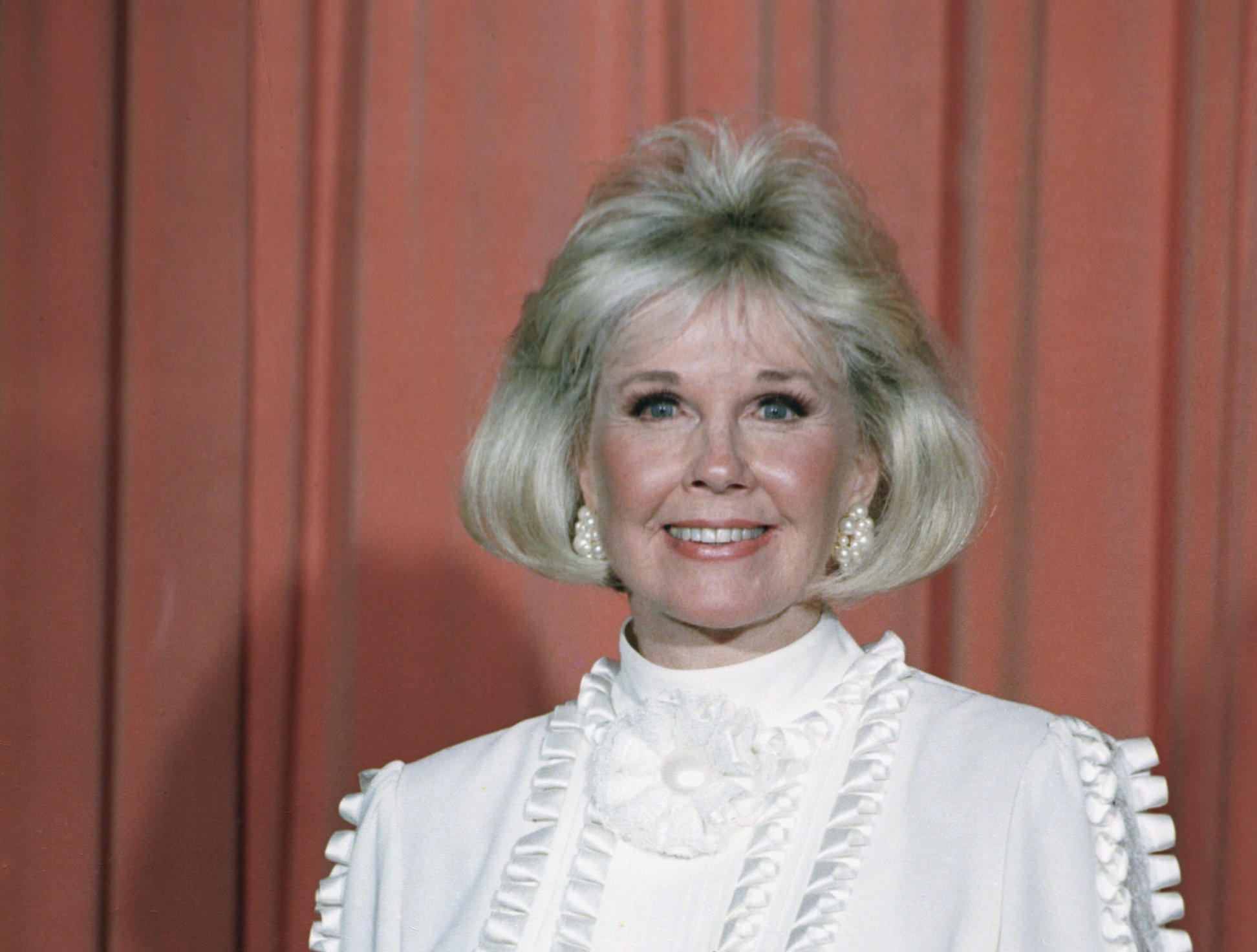 LOS ANGELES — The very name “Doris Day,” cheerful as a sunrise on a studio lot, was an invention.

The beloved singer and actress, who died Monday at 97 , was a contemporary of Marilyn Monroe but seemed to exist in a lost and parallel world of sexless sex comedies and the carefree ways of “Que Sera, Sera” (“Whatever Will Be, Will Be”). She helped embody the manufactured innocence of the 1950s, a product even she didn’t believe in.

“I’m tired of being thought of as Miss Goody Twoshoes …. I’m not the All-American Virgin Queen, and I’d like to deal with the true, honest story of who I really am,” she said in 1976, when her tell-all memoir “Doris Day: Her Own Story” chronicled her money troubles and failed marriages.

There was more to her, and to her career, than not sleeping with the leading man. She gave acclaimed performances in “Love Me or Leave Me,” the story of songstress Ruth Etting, and in the Alfred Hitchcock thriller “The Man Who Knew Too Much.” Longing ballads such as “Blame My Absent Minded Heart” led critic Gary Giddins to call her “the coolest and sexiest female singer of slow-ballads in movie history.”

But millions loved her for her wholesome, blond beauty, and for her string of slick, stylish comedies, beginning with her Oscar-nominated role in “Pillow Talk” in 1959. She and Rock Hudson were two New Yorkers who shared a telephone party line. She followed with “The Thrill of It All,” playing a housewife who gains fame as a TV pitchwoman to the chagrin of husband James Garner.

It was an easy punchline which would unjustly overwhelm her name and legacy for younger generations who would come to know her only through jokes at the inherent un-coolness of having such a pure image. As with Monroe’s reductive labeling, it denied, or at least dismissed, the talent behind it all.

In reality, Day was one of the most natural born movie stars ever to grace the screen, beloved by co-stars and directors for her raw gift, honesty and charisma. Director Michael Curtiz advised her against taking acting lessons. Garner told Vanity Fair that she was the “Fred Astaire of comedy.”

“Whether it was Rock Hudson or Rod Taylor or me or whoever,” Garner said, “We all looked good because we were dancing with Clara Bixby,” using one of the actress’ nicknames.

Her last film was “With Six You Get Eggroll,” a 1968 comedy about a widow and a widower and the problems they have when blending their families. It was that year that her third husband, Martin Melcher, who was as widely disliked as she was liked, died, and she retired from movies and turned to television. “The Doris Day Show” was a moderate success in its 1968-1973 run on CBS.

Melcher, who she married in 1951, left her deeply in debt. During their time together, he became her manager and often received producing credits on her movies, much to the irritation of her co-stars, like Garner, who thought of him as a no-talent hustler.

In her autobiography, Day recalled her son Terry Melcher, telling her that the $20 million she had earned had vanished and she owed around $450,000, mostly for taxes. In 1974, Day won a $22.8 million judgment against her lawyer and business manager for mishandling of her and Melcher’s assets.

She turned her attentions wholly to the welfare of animals, which would occupy her for the rest of her life. There were a few would-be comebacks in the early 80s that never came to be, including a “Pillow Talk” sequel. She was also offered “Murder, She Wrote,” and fielded many other requests too only to ultimately withdraw.

Day briefly returned to television in 1985 for the short-lived, animal-focused show “Doris Day’s Best Friends,” which aired on the Christian Broadcast Network. It is remembered mostly for her first guest, her old friend and oft-co-star Rock Hudson. It was the first time that the world had seen his much-altered appearance, and days later he became the one of the first celebrities to publicly acknowledge that he had AIDS. He died that year.

“I still miss him,” she told People Magazine in 2015. “I think the reason people liked our movies is because they could tell how much we liked each other. It came across that way on screen. He was a good friend.”

Although Day was absent from the screen for decades, she was not forgotten. In 2004 she was awarded a Presidential Medal of Freedom, which she said she was grateful for but didn’t accept in person because she “didn’t fly.” That unwillingness to travel also prevented her from getting a Kennedy Center Honor and others.

She still had enough of a following that a 2011 collection of previously unreleased songs, “My Heart” hit the top 10 in the United Kingdom. The same year, she received a lifetime achievement honor from the Los Angeles Film Critics Association. Friends and supporters lobbied for years to get her an honorary Oscar.

Born Doris von Kappelhoff, her dreams of a dance career ended at age 12 when a car she was in was hit by a train and her leg was badly broken. Listening to the radio while recuperating, she began singing along with Ella Fitzgerald to try to learn the subtleties of her voice.

Day began singing in a Cincinnati radio station, then a local nightclub, then in New York. A bandleader changed her name to Day, after the song “Day after Day,” to fit it on a marquee.

A marriage at 17 to trombonist Al Jorden ended when, she said, he beat her when she was eight months pregnant. She gave birth to son Terry, who later took his stepfather’s name, in 1942.

Her first musical hit was the 1945 smash “Sentimental Journey,” when she was barely in her 20s, singing with Les Brown’s band.

She played a singer in her first film, Curtiz’s “Romance on the High Seas,” in 1948.

Day married a fourth time at age 52, to Barry Comden, who was a maitre d’ in Beverly Hills, in 1976. They divorced in 1981. She lived in Monterey, California, devoting much of her time to the Doris Day Animal Foundation, and battling sensational reports that she’d become a broke recluse and a “bag lady.”

“Considering Doris Day” author Tom Santopietro told The Hollywood Reporter in 2017 that the tabloid speculations weren’t at all true, however.

“I think Doris Day has been happier in retirement than at any other point of her life,” he said.