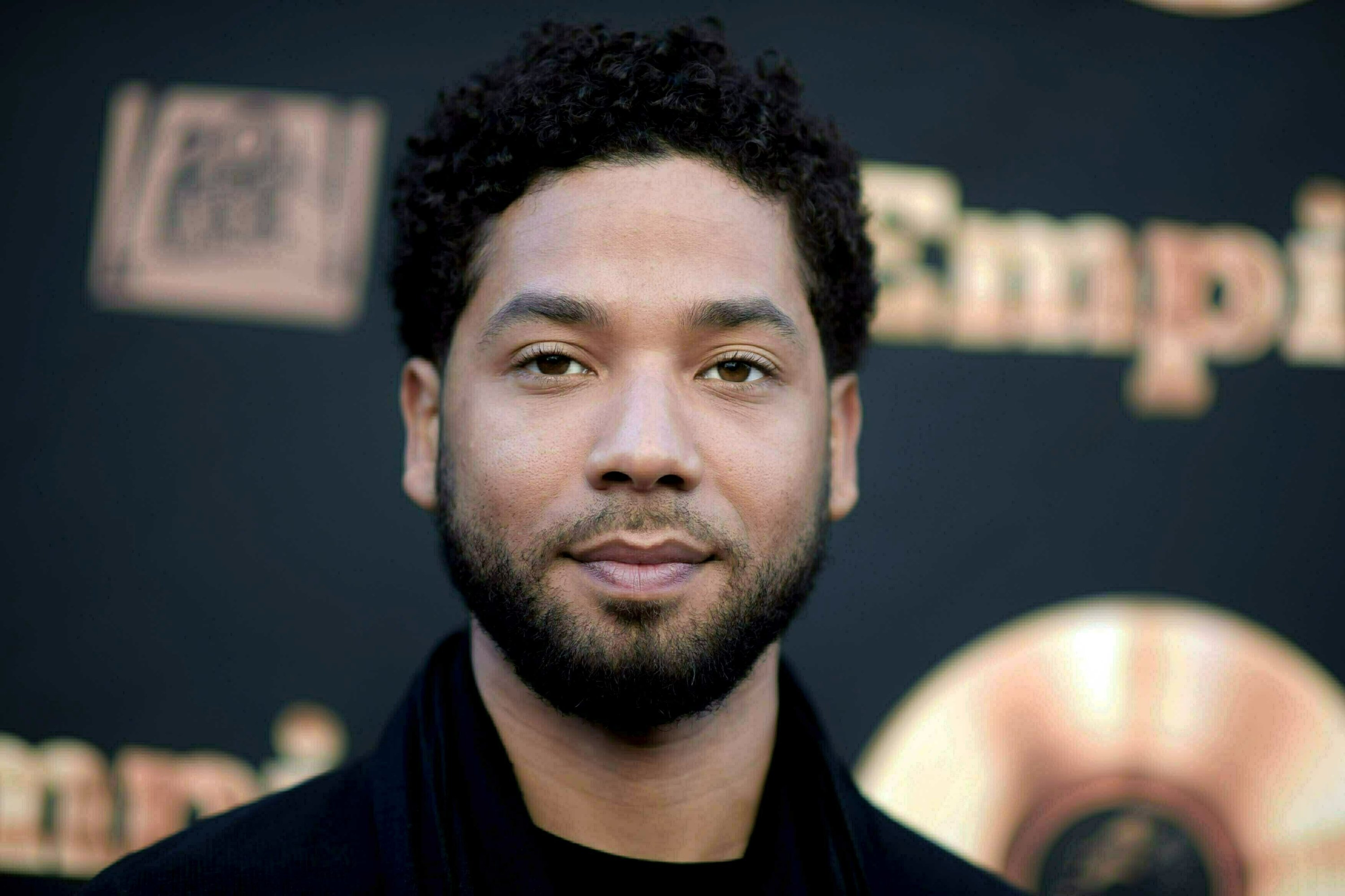 NEW YORK — “Empire” will return for its final season this fall on Fox — with Jussie Smollett a question mark — and should count itself lucky.

Fox, the lowest-rated network among the big four broadcasters, is hitting the reset button for the 2019-20 season by canceling eight shows and adding 10 new ones.

“Empire” companion drama “Star” is among the goners as the network makes room for an eclectic mix of wrestling, three new animated comedies and a “9-1-1” spinoff starring Rob Lowe.

“We are turning the final season of ‘Empire’ into a large television event,” Fox Entertainment CEO Charlie Collier told a teleconference Monday. “One of the great benefits of announcing a final season is that you actually allow the fans to lean in and have the ending they deserve.”

Collier dodged questions about Smollett’s future with the show. The actor was accused of staging an attack last January in which he said two masked men beat him, hurled racist and homophobic slurs at him, doused him with a chemical substance and put a rope around his neck. Criminal charges were dropped but the uproar has yet to subside, making Smollett a continued publicity liability for Fox.

When pressed, Collier said there is an option to include him in the series “but at this point we have no plans for that.”

A spokesman for Smollett didn’t immediately reply to a request for comment.

As for “Star,” which had been paired on the schedule with “Empire,” it fell victim to Fox’s prime-time schedule, which is an hour shorter per night than the other networks, Collier said. The network also wanted to give “Empire” a strong send-off by pairing it with returning medical drama “The Resident,” he said.

Fox was split from sibling studio 20th Century Fox Television after Walt Disney Co. purchased the studio and other major assets of Rupert Murdoch’s media empire. But Collier, in a strenuously upbeat statement, said today “marks a beginning for Fox Entertainment” as it works with a variety of studios for its new shows.

“Fox is not only open for business but we feel like we’re stronger than ever,” Collier said.

He gave much the same pep talk later Monday to a theater filled with ad buyers, then asked stars from the new series to take a bow and required that they describe their projects in five words, apparently Fox’s version of haiku poetry.

While the network is emphasizing it’s still in the series game, the presentation went heavy on sports: A succession of analysts and hosts, including Terry Bradshaw and Michael Strahan, touted upcoming game coverage. The network even worked a football legend into a mini-performance of “The Masked Singer.”

Hidden inside a deer costume, he gamely tackled “Luck Be a Lady Tonight,” and the show’s panelists were asked to guess his identity.

After speculating that the mystery man wasn’t really a singer and mulling the clues provided, Jenny McCarthy proved her detective skills: It was Joe Namath.

THE VOICES ARE FAMILIAR

Fox has long been known for its animated comedies, most notably “The Simpsons,” and is betting viewers want more. To sweeten the deal, three shows will include actors known for their on-screen work.

“Bless the Harts,” about a Southern family that’s poor but rich in friends and relations, will debut this fall with Kristen Wiig, Maya Rudolph and Mary Steenburgen in its voice cast. It’s created by Emily Spivey, whose credits include “The Last Man on Earth.”

Later-season entries include “The Great North,” from “Bob’s Burgers” creator Loren Bouchard and featuring the voices of Nick Offerman, Megan Mullally, Jenny Slate and Will Forte in the tale of a single Alaska dad and his kids. “Duncanville,” about an imaginative teenage boy and his father, includes Amy Poehler, Ty Burrell and Rashida Jones in its voice cast.

Asked why Fox isn’t fielding a live-action sitcom this fall, Fox Entertainment President Michael Thorn said it does have a “signature” comedy in “Bless the Harts.”

There will be a new multi-camera comedy in midseason, “Outmatched,” starring Jason Biggs and Maggie Lawson as a blue-collar couple raising four kids, three of them genius-level, and “Last Man Standing” with Tim Allen will be back then as well.

I KNOW THAT FACE

Television veteran Rob Lowe will star in a new iteration of “9-1-1,” the drama whose producers include the prolific Ryan Murphy and Brad Falchuk (“American Horror Story” and more). In the midseason “9-1-1: Lone Star,” Lowe plays a New York City police officer who re-locates to Austin, Texas, with his son.

Fellow TV stalwart Kim Cattrall (“Sex and the City”) stars in “Filthy Rich,” described as a gothic Southern family drama that mixes wealth, power and religion with “outrageously soapy results,” while John Slattery (“Mad Men”) headlines “neXt” as a Silicon Valley pioneer trying to stop his dangerous A.I. creation. Both are midseason entries, along with “Deputy,” starring Stephen Dorff as a fifth-generation lawman.

Two new dramas will debut this fall. “Not Just Me,” from producer Jason Katims (“Friday Night Lights,” ″Parenthood”) stars Timothy Hutton as a fertility doctor run amok, with Brittany Snow playing a daughter who deals with the aftermath. “Prodigal Son” stars Tom Payne (“The Walking Dead”) as a crimebuster with a dark family history, courtesy of his dad (Michael Sheen, “Masters of Sex”).

If misery loves company, then the makers and cast of “Star,” including Jude Demorest and Queen Latifah, and “Lethal Weapon” and star Damon Wayans are far from alone.

Murdoch himself has rejected predictions that Fox will evolve into a news and sports outlet, minus series. But any network is happy to air the Super Bowl, TV’s biggest audience draw, and it belongs to Fox in 2020.

Eric Shanks, Fox Sports CEO and executive producer, said they’re aiming for an early ad-sales kickoff. A previously announced decision to reduce commercial breaks by tightening up the inventory of the more valuable ad spots should help, he said.

“We’re having constant communication with the people who are returning from the last time we had the Super Bowl, and I would say that the early conversations are really encouraging for the market to get started,” he said.

Fox also is touting the arrival of “WWE’s Smackdown Live,” a weekly two-hour program that will air year-round beginning Oct. 4.

This story corrects the title of Tim Allen’s sitcom to “Last Man Standing.”