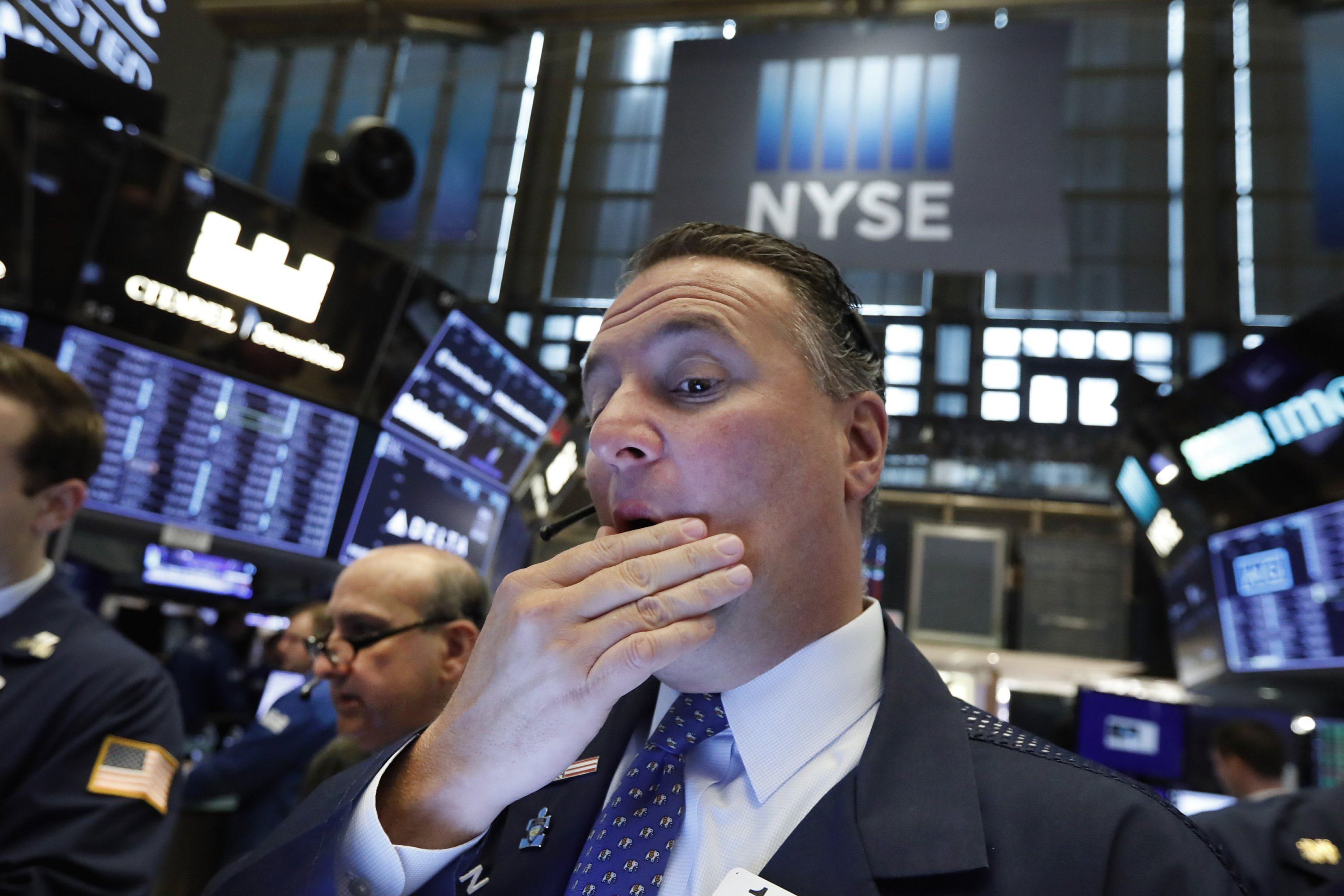 NEW YORK — U.S. stocks moved sharply lower Monday on Wall Street and extended the market’s slide into a second week as investors seek shelter from an escalating trade war between the U.S. and China.

The world’s largest economies had seemed on track to resolve the ongoing trade dispute that has raised prices for consumers and pinched corporate profit margins. Investor confidence that the two sides were close to a resolution had helped push the market to its best yearly start in decades.

Those hopes are now being dashed and replaced by concerns that the trade war could crimp what is otherwise a mostly healthy economy. Analysts have warned that failed trade talks and the deterioration in relations will put a dent in the U.S. and China’s economic prospects.

The Dow Jones Industrial Average dove 612 points, or 2.4%, to 25,332 as of 12:15 p.m. Eastern Time. Boeing and Apple fell the most in the Dow. Both companies get a significant amount of revenue from China and stand to lose heavily if the trade war drags on.

The broader S&P 500 index fell 2.5%. The benchmark index is coming off its worst week since December, but is still up sharply for the year. The Nasdaq fell 3.3%, on track for its biggest daily loss of the year.

Technology stocks are bearing the heaviest losses. Apple fell 5.4% and Cisco fell 3.9%. Chipmakers and other technology companies have warned that uncertainty over the trade war’s outcome is prompting a slowdown in orders.

Safe-play holdings were the only winners as traders sought to reduce their exposure to risk. Utilities were the only sector to rise on the stock market, and prices for U.S. government bonds, which are considered ultra-safe investments, rose sharply, sending yields lower. The yield on the 10-year Treasury fell to 2.40% from 2.45% late Friday.

Trade talks between the U.S. and China concluded Friday with no agreement and with the U.S. increasing import tariffs on $200 billion of Chinese goods to 25% from 10%. Officials also said they were preparing to expand tariffs to cover another $300 billion of goods.

China on Monday announced tariff increases on $60 billion of US imports.

Analysts have said investors should prepare for a more volatile stock market while the trade dispute deepens. Many are still confident that both sides will eventually reach a deal.

“Since we see a trade accord being reached in the not-too-distant future, we don’t expect the market to endure more than a short-lived spate of indigestion,” said Sam Stovall, chief investment strategist at CFRA.

The deteriorating trade negotiations follow what has been a mostly calm period of trading where solid economic data and corporate earnings helped push the market steadily higher. The S&P 500 is still up 12.2% of the year with technology stocks blowing away rest of the market with 18.4% gains.

Investors have so far made it through the bulk of first quarter corporate earnings reports in decent shape. Earlier in the year they had expected earnings to severely contract, but results so far show less than a 1% drop in profit.

The escalating trade war threatens to spoil an expected earnings recovery in the second half, however.

Elsewhere in the market, generic drug developers are sinking after many of them were accused of artificially inflating and manipulating prices. The lawsuit from attorneys general in more than 40 states alleges that for many years the makers of generic drugs worked together to fix prices.

Ride-sharing company Uber fell another 10.1% on its first full day of trading following its rocky debut on the stock market Friday. The stock had priced at $45 at its initial public offering but is now trading just below $38.

Gold mining companies were some of the few stocks making gains amid the broad market slump. Newmont Goldcorp rose 1.9%.