Former US President Jimmy Carter has surgery for broken hip 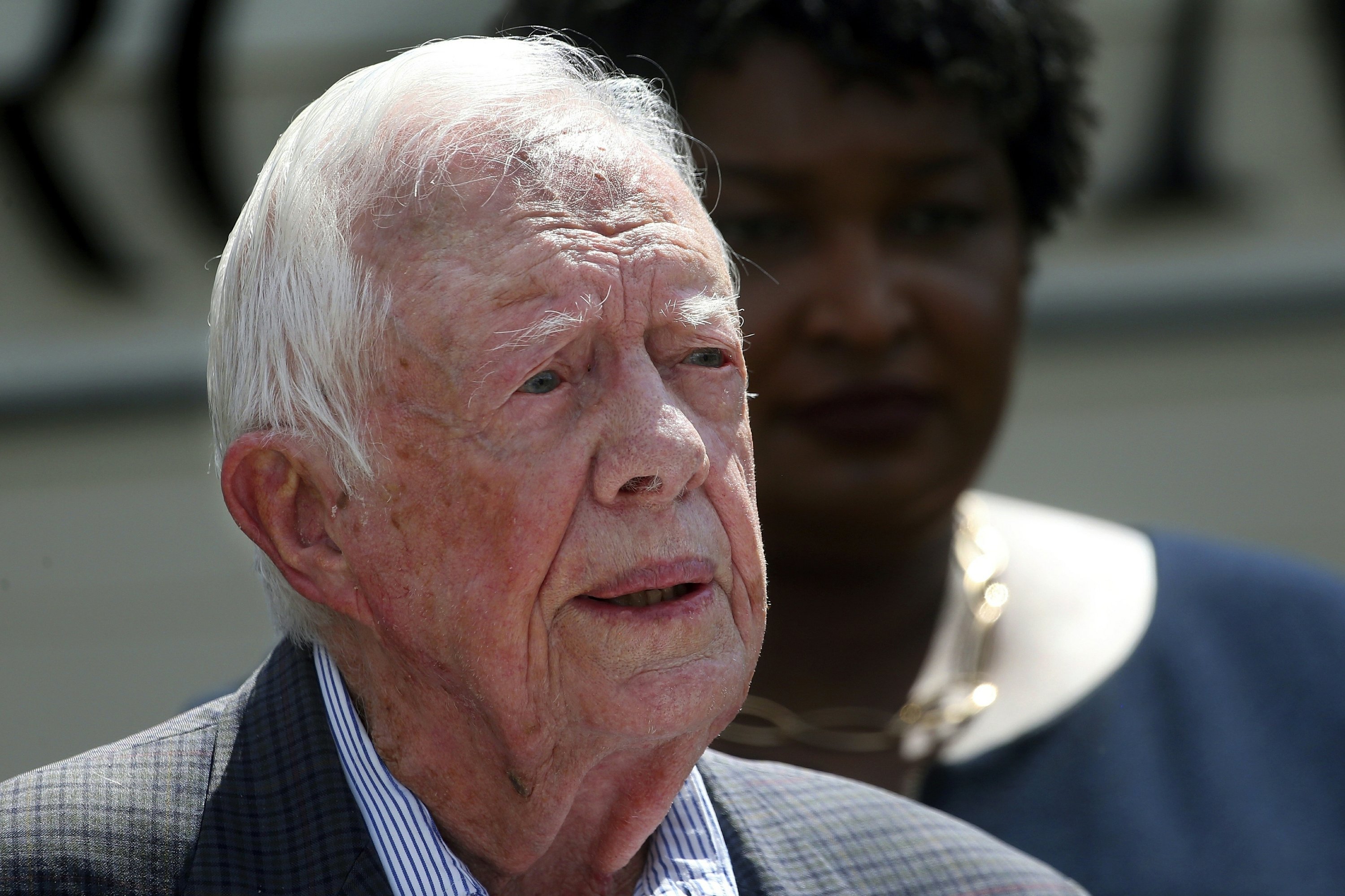 ATLANTA — Former U.S. President Jimmy Carter broke his hip Monday at his south Georgia home when he fell while leaving to go turkey hunting, a spokesman for the Carter Center said.

Carter was treated in Americus, Georgia, near his home in Plains, and was recovering comfortably after successful surgery, spokeswoman, Deanna Congileo, said in a statement.

His wife of 73 years, Rosalynn, was with him, Congileo said.

In an indication Carter was in good spirits, Congileo said Carter’s main concern was that he had not reached his limit on turkeys with the shooting season ending this week.

“He hopes the State of Georgia will allow him to rollover the unused limit to next year,” the statement said.

In March, Carter became the longest-living chief executive in U.S. history, exceeding the lifespan of former President George H.W. Bush, who died Nov. 30 at the age of 94 years, 171 days.

The milestone came despite a cancer diagnosis more than three years earlier. Carter disclosed in 2015 that he had melanoma that had spread to his liver and brain. He received treatment for seven months until scans showed no sign of the disease.

“I’ve had a wonderful life,” he said at the time he revealed the cancer. “I’ve had thousands of friends, I’ve had an exciting, adventurous and gratifying existence.”

Carter’s legacy since leaving office has long overshadowed his rocky White House tenure, where he lost after one term amid a hostage crisis. He and Rosalynn founded the Carter Center in Atlanta in 1982 to focus on global human rights issues.

The center has monitored elections around the world and worked to resolve conflicts and eradicate disease, including guinea worm.

The former president and first lady still live in Plains, a town of about 750 where they were born, raised and married.