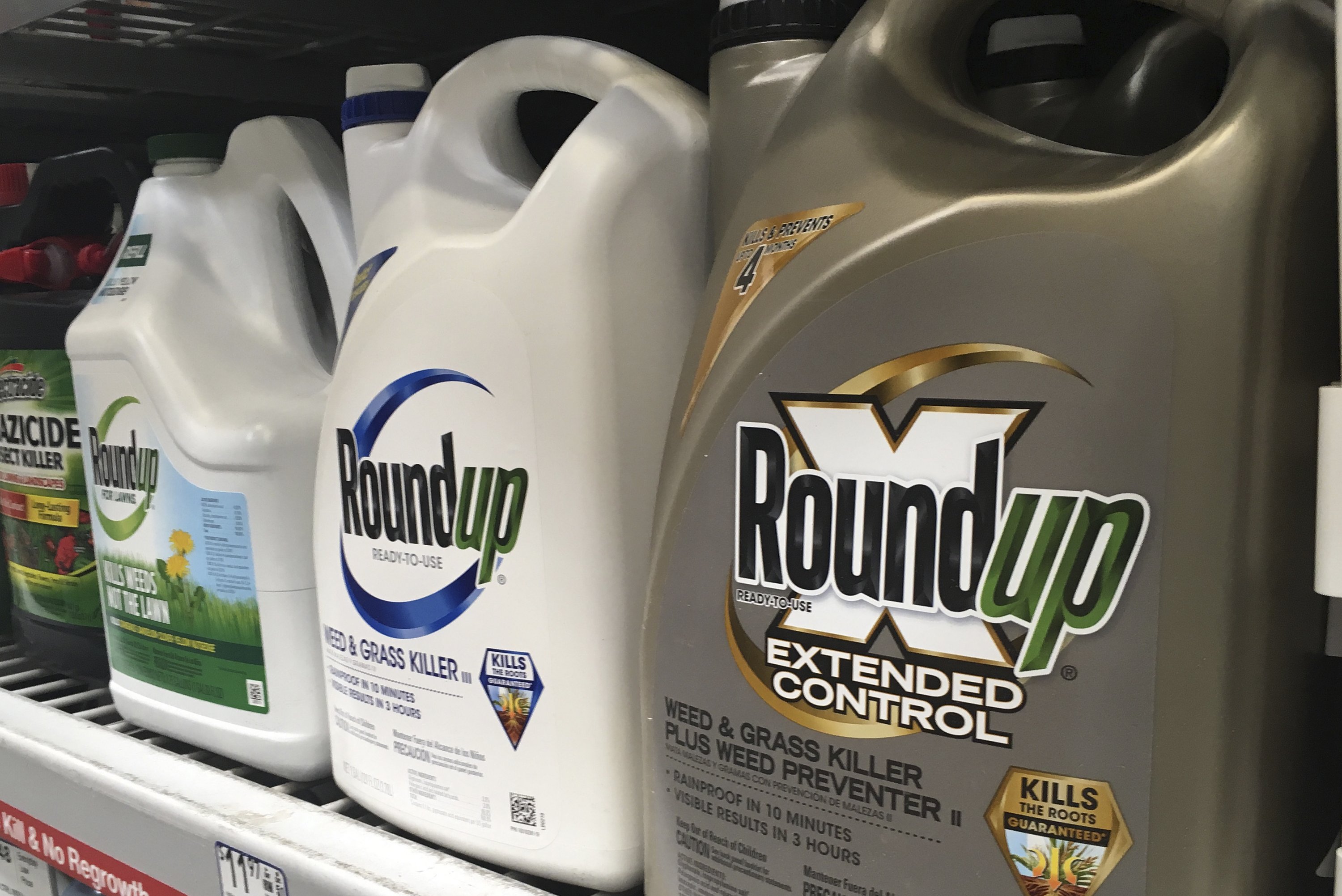 The jury’s verdict is the third such courtroom loss for Monsanto in California since August, but a San Francisco law professor said it’s likely a trial judge or appellate court will significantly reduce the punitive damage award.

The state court jury in Oakland concluded that Monsanto’s weed killer caused the non-Hodgkin’s lymphoma Alva Pilliod and Alberta Pilliod each contracted. Jurors awarded them each $1 billion in punitive damages in addition to a combined $55 million in compensatory damages.

The three California trials were the first of an estimated 13,000 plaintiffs with pending lawsuits against Monsanto across the country to go to trial. St. Louis-based Monsanto is owned by the German chemical giant Bayer A.G.

Bayer said Monday that it would appeal the verdict.

“The verdict in this trial has no impact on future cases and trials, as each one has its own factual and legal circumstances,” the company said.

The company noted that none of the California verdicts has been considered by an appeals court and that the U.S. Environmental Protection Agency considers the weed killer safe.

The EPA reaffirmed its position in April, saying that the active ingredient glyphosate found in the weed killer posed “no risks of concern” for people exposed to it by any means — on farms, in yards and along roadsides, or as residue left on food crops.

“There is zero chance it will stand,” said University of California, Hastings School of Law professor David Levine. He said the ratio between the $2 billion in punitive damages and $55 million in compensatory damages is too high. He said judges rarely allow punitive damages to exceed four times actual damages awarded.

The punitive damages awarded Monday are 36 times the actual damages.

The lawsuits have battered Bayer’s stock since it purchased Monsanto for $63 billion last year and Bayer’s top managers are facing shareholder discontent.

Chairman Werner Wenning told shareholders at Bayer’s annual general meeting in Bonn last month that company leaders “very much regret” falls in its share price. At the same time, CEO Werner Baumann insisted that “the acquisition of Monsanto was and remains the right move for Bayer.”

Bayer’s stock price closed Monday at $15.91 a share, down 45 cents or 2.76 percent per share, in trading on the New York Stock Exchange. The verdict was announced after the trading session closed.

Bayer’s share price has lost half its value since it reached s 52-week high of $32.80 a share.